India loses up to 4% of its gross domestic product and 8% of its productivity due to child malnutrition, studies reveal 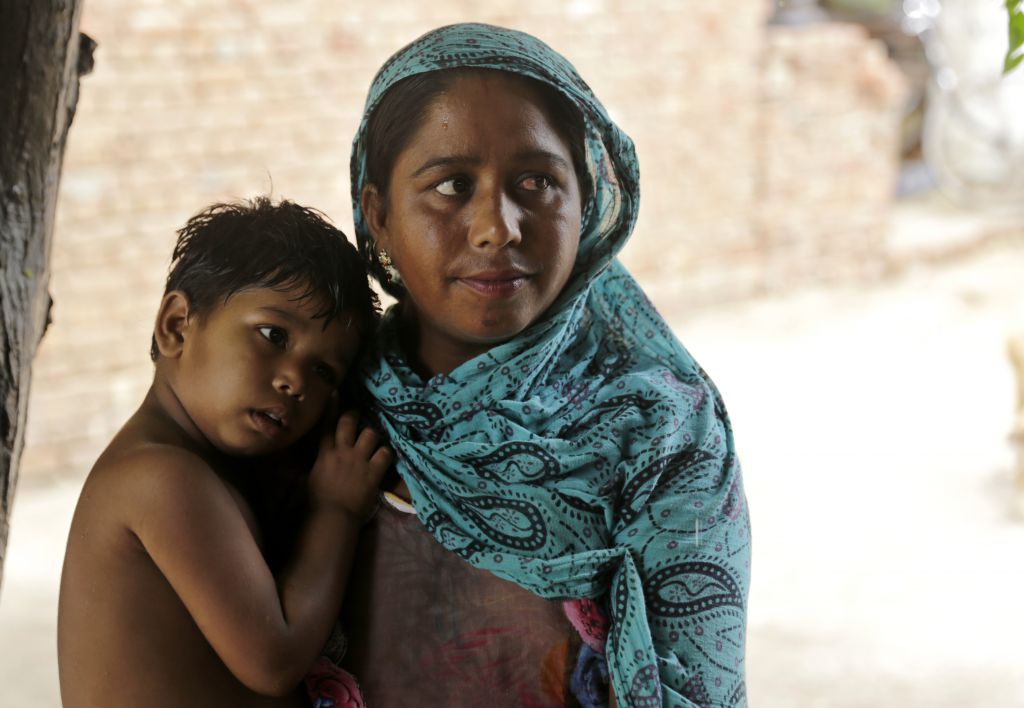 Child malnutrition is a chronic problem and a longstanding challenge for the public administration of India. The first National Family Health Survey (NFHS) in 1992-1993 found that India was one of the worst performing countries on child health indicators.

The survey reported that more than half the children under four were underweight and stunted. One in every six children was excessively thin (wasted).

All these conditions could be attributed to the prevalence of chronic malnutrition in children.

Despite decades of investment to tackle this malaise, India’s child malnutrition rates are still one of the most alarming in the world. The Global Hunger Index (2020) — which is calculated on the basis of total undernourishment of the population, child stunting, wasting and child mortality — places India at the 94th spot among 107 countries.

The bane of child and maternal malnutrition is responsible for 15 per cent of India’s total disease burden.

However, according to the data from the fifth round of NFHS (2019-2021) from the 22 states surveyed so far, only nine showed a decline in the number of stunted children, 10 in wasted children and six in underweight children.

The percentage of stunted, wasted and underweight children increased or remained unchanged in the remaining states.

The crisis of child malnutrition in India has often been attributed to historical antecedents such as poverty, inequality and food shortage. However, countries with similar historical and societal makeup and comparable per capita income have fared much better.

Countries such as Sri Lanka, Nepal, Bangladesh, Myanmar and Pakistan have been ranked higher than India on the Global Hunger Index at 64th, 73th, 75th, 78th and 88th spots respectively.

The primary beneficiaries are children below five years, as well as pregnant and lactating women. It operates through a network 1,012,374 Anganwadi Centres and is connected to 8.36 crore beneficiaries.

The Economics of malnutrition

The status of malnutrition and its consequences can be partly attributed to the inadequate political focus on budgetary allocation made to tackle this issue.

Research suggests that $1 (Rs 75.08) spent on nutritional interventions in India could generate $34.1 to $38.6 in public economic returns — three times more than the global average.

However, the contemporary trends in budgetary allocations to nutrition appear to be counterintuitive. This year, the budget for child malnutrition has been allocated as components under the new Saksham Anganwadi and Mission POSHAN 2.0 schemes.

These schemes have been formulated by merging four existing schemes: The Anganwadi Services, POSHAN Abhiyaan, Scheme for Adolescent girls and National Creche Scheme. While the outlay for the Union Budget 2021-22 is Rs 3,483,235.63 crore, the allocation towards child nutrition (Saksham Anganwadi and Mission POSHAN 2.0.) has only been about Rs 20,105 crore or 0.57 per cent of the total budget.

The shortfall in budgetary allocations cannot alone be blamed for India’s child malnutrition crisis. Evidence points to numerous shortcomings in implementation as well.

The 2020 Comptroller and Auditor General of India audit of ICDS revealed that out of Rs 1,042 crore allocated, only Rs 908 crore was actually disbursed to state governments. Of the approximately Rs 4,300 crore released under POSHAN Abhiyaan from March 2018 to December 2019, only around 1,570 crore had been spent.

Shortcomings in implementation have also been found in the case of Common Application Software (CAS). It was conceptualised in 2017 with the objective of creating a system for real-time monitoring of the nutrition of pregnant / lactating women and children, as envisioned in the POSHAN Abhiyaan.

CAS was equipped with a three-year budget of Rs 9000 crore, half of which was funded by the government and the other half was met with a loan from the World Bank. The intention was to digitise the records pertaining to child health and nutrition, supplementary nutrition for pregnant and lactating mothers.

This would have provided real time data to officers at the block, district, state and national level, for designing, implementing and rectifying targeted interventions.

To train Anganwadi workers on CAS usage, a massive countrywide phase-wise training programme was envisaged. The last such training and rollout phase was conducted in November 2019, by when only 551,270 of the 1,012,374 anganwadi centres were equipped with CAS.

The CAS portal has been defunct since September 2020. This has severely compromised the administration’s ability to track the status of malnourished children who have been pushed further at risk due to the novel coronavirus disease (COVID-19) pandemic.

Child malnutrition in India is a complex problem that requires a systemic overhaul of the public administration and service delivery systems, as well as engagement from the community.

There is an urgent need to invest in the infrastructure of ICDS and the Anganwadi centres as well as improving their coverage.

Some district-level interventions have aimed to address this issue. For instance, Angul district in Odisha, which has a large geographically isolated tribal population, has periodic grievance redressal camps are set up in areas far from the Anganwadi centres to provide ICDS services.

There is also a need to address gaps and inefficiencies in the present setup through public awareness, community engagement and empowerment, while such an intervention would assist the community in realising their rights and entitlements, and then act as a deterrent to inefficiencies and gaps, it would also help in developing community-based solutions to malnutrition, unburdening the stressed public healthcare and ICDS infrastructure.

Studies conducted on such community-based solutions in India have found them to be effective in alleviating the conditions of children afflicted by severe acute malnutrition.

It is also important to strengthen inter-departmental convergence and resource allocation based on real-time data. In this regard, the approach undertaken by Bangladesh has been successful and replicable in India.

Improving the infrastructure and reach of Anganwadi Centres and ICDS, developing community-based solutions, facilitating interdepartmental convergence and revamping the now defunct real time data monitoring system are some of the tenets in the policy framework of POSHAN Abhiyaan and Mission POSHAN 2.0.

However, much more administrative and political will is needed to bridge what has been achieved and what was envisaged.