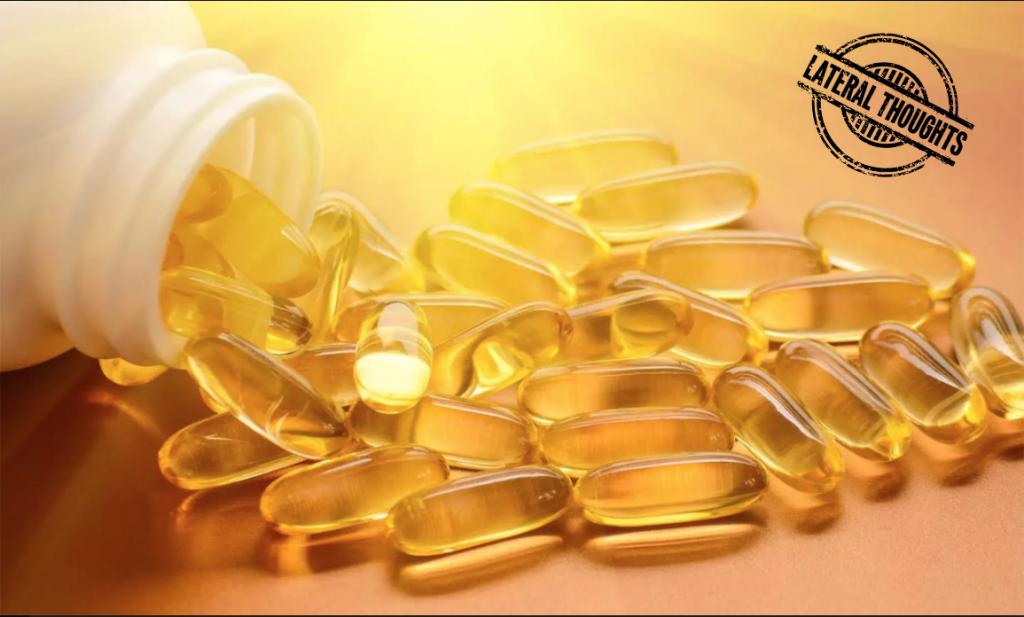 It is a link that could lead to an unnecessary and unfortunate assault on the food we eat: Observational studies suggest that vitamin D deficiency makes people more susceptible to the novel coronavirus disease (COVID-19). And countries with high levels of vitamin D deficiency reported higher morbidity and mortality due to the disease.

Spain and Italy, for example, have high prevelance of vitamin D deficiency in their population and reported a higher COVID-19 mortality and morbidity. Countries such as Sweden, Norway and Finland — where people routinely consume vitamin D either in food or as supplements — reported fewer COVID-19 cases.

A study published on September 3, 2020, in JAMA Network Open reported that patients with vitamin D deficiencies were 77 per cent more likely to test positive for novel coronavirus SARS-CoV-2.

Such observations have already prompted doctors to prescribe vitamin D as a prophylactic against the disease. People have started consuming the easily available supplement on their own as well.

Vitamin D is a rare food that the animals can produce on their own — just like photosynthesis by plants. It is produced in the skin after it has been exposed to the ultraviolet radiations present in sunlight.

It is present mostly in edible animal products: Animals produce it the same way humans do. As the vitamin is fat soluble, one can have a bolus when on consuming meat of these animals.

While the primary function of the vitamin is to improve bone health and offer protection from rickets and osteoporosis, it is now being found useful for improving muscle health, immune response and reduction of inflammation.

During the lockdown, it is likely that vitamin D levels in the population plummeted as people did not go out in the sun. Nor did they consume animal products much for they were not sure whether the SARS-CoV-2 virus could be transmitted through this mode.

The situation is not likely to get better even when the lockdown has been more or less lifted, as people have taken to covering themselves head to toe for protection against the virus. This continues to reduce exposure to sunlight crucial for the production of the vitamin.

In a way, to protect ourselves from COVID-19 by limiting our exposure to the sun, we are making ourselves more susceptible to the disease.

However, before we decide to start a course of vitamin D, it would be good to remember that there are many confounders to the theory that links low vitamin D levels to COVID-19. Greece, with a high prevalence of vitamin D deficiency, is among the countries with the lowest numbers of confirmed cases and deaths, while Brazil, a country on the equator and adequate sunlight, has high rates of both cases and mortality from COVID-19.

In India, there are already efforts to introduce vitamin D in food through fortification. Milk and oil are already fortified in the country.

Several companies have started making vitamin D fortification as their marketing USP. Fortification with vitamin D is controversial and there is evidence from other countries that it has been pushed by the industry for profits.

But here is an alternate solution. In India, a cotton growing country, people traditionally wore cotton. A study published in the Journal of Photochemistry and Photobiology B in November 2014 showed that 100 per cent cotton-knitted fabric had approximately 15 per cent transmittance of solar UV and allowed for synthesis of vitamin D3 in the human body without posing any risk of cancer.

There has been a shift to synthetics and thick fabric such as denim in recent years, which curtail exposure to sunlight and hamper vitamin D production.

This beneficial effect of cotton cloth has not been studied in detail as most researchers look at the protective effect of clothing against UV radiation as a safeguard against cancer. But when a research informs that a cotton T-shirt gives an inadequate protection from sun — only a sun protection factor (SPF) of 7 compared to protection factor of 50 in a sunscreen cream — it suggests that a cotton T-shirt could help promote vitamin D production.