COVID-19: Has Big Pharma enabled the rise of omicron

Major drug companies do not want to share the know-how for their vaccines; uneven global vaccine access is now resulting in emergence of new variants 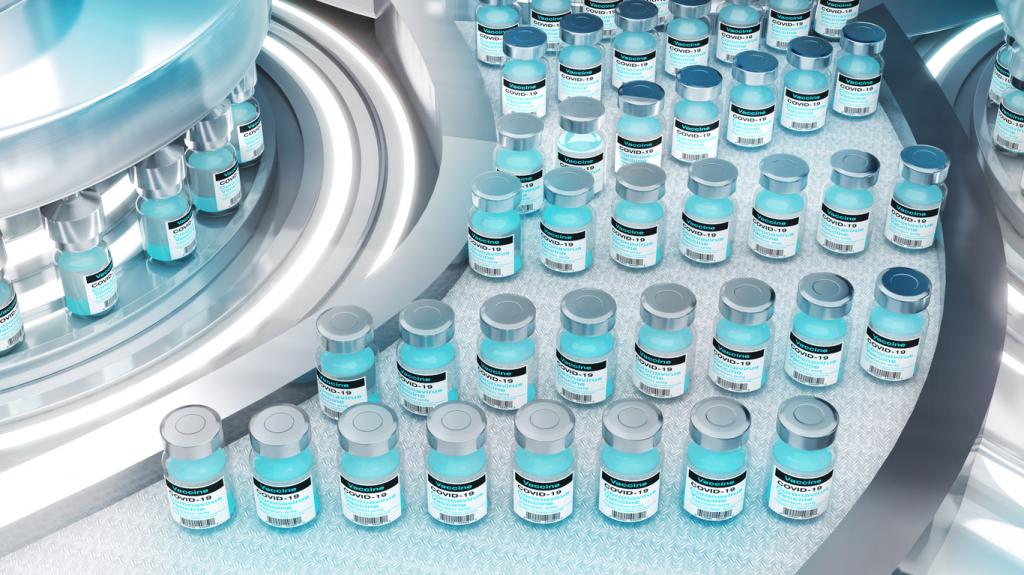 Omicron is the result of leading vaccine makers and rich nations’ failure to provide equitable supplies of jabs against COVID-19.

On Christmas Day 2021, CNN Business named Pfizer Inc boss Albert Bourla CEO (chief executive officer) of the year. “Bourla was our choice for all that Pfizer has done in a year where COVID-19 vaccines went mainstream [vaccine was named word of the year by Merriam-Webster] and helped stabilise America’s economy — and the world’s for that matter,” said the television channel.

Over the top, one would think, but Bourla’s response indicated it was just the ticket. “Pfizer did a lot of good for humanity and we are very, very proud of it. Not only were we able to save so many lives ... but we are enjoying high levels of corporate reputation right now,” he said, adding “people like us”. Is this true for Latin America? For any part of Africa or Asia?

Bourla must have meant Wall Street, because investors certainly love Pfizer. With its third-quarter sales outperforming even the most optimistic estimates, the pharma major expects to scoop in revenues of $82 billion in the full year.

Revenues from the vaccine alone are expected to be $36 billion. That means Pfizer will be earning as much revenue from just its COVID-19 vaccine sales in 2021 as its total earnings in 2020.

But apparently Pfizer, one of the largest drug companies in the world, took greater pride in the positive impact it is having on “human lives around the world”. Or so said Bourla at the time. That is something poor countries might find difficult to swallow.

The Pfizer CEO has been in the vanguard of the pharma industry’s opposition to the idea of sharing the intellectual property on life-saving vaccines and therapies against the deadly SARS-CoV-2 virus that causes COVID-19.

When the Costa Rican government in May 2020 proposed that the World Health Organization (WHO) create a voluntary pool to collect patent rights, regulatory test data and other information that could be shared for developing drugs, vaccines and diagnostics, Bourla was acerbic in his rejection. He termed the idea as “nonsense, and...also dangerous”.

Other top vaccine makers are also raking in huge revenues, Moderna Inc spectacularly so. With no other product to its name, Moderna expects to end the fiscal year with a revenue of $15-18 billion.

It’s no surprise that vaccine makers do not want to share the know-how for their vaccines. In September 2021, they were insisting that it was an irrelevant request because they could meet global demand on their own.

At a time when the number of those who died from COVID-19 had crossed 4.5 million, the International Federation of Pharmaceutical Manufacturers and Associations (IFPMA), the trade body of the innovative biopharma industry, was assuring us that there would soon be enough vaccines to immunise everyone by early 2022. In fact, supply would likely outstrip demand, they promised.

The omicron variant of the virus that is now streaking across the United States and a host of other countries has put paid to such claims. With the new wave of the pandemic set to unleash a tsunami of cases and fatalities, Bourla has changed tack.

In a tweet on December 30, he said that Pfizer had delivered the promised one billion vaccine doses to low- and middle-income countries (LMIC) in 2021. And it was ready to deliver even more this year. However, it was facing several challenges, he said.

“Many of the poorest countries have difficulties accepting more doses due to poor infrastructure and hesitancy. We must work with the World Health Organization (WHO), non-profits and local governments to educate and address infrastructure challenges in these countries.”

Understandably, there has been criticism of such claims. The tweets are a misrepresentation on several counts and only serve to reinforce Western propaganda.

To start with, the vaccines are not really a gift from Pfizer. The one billion doses have been supplied at a not-for-profit price to the Joe Biden administration which then donates it to the world’s poorest nations free of charge.

Second, if poor countries are unable to manage vaccine infrastructure, it could be because supplies arrive without notice and there is no indication on the type of vaccine, according to health activists.

Pfizer’s vaccine is more problematic because it requires storage facilities between -80°C to 20°C and has a reduced shelf life when transferred from one storage temperature to another. Surely, the company with its excessive profits can help the poorest countries on this?

As for vaccine hesitancy, this tends to be a convenient dodge. Researchers from European and US universities interviewed thousands of people in 15 survey samples covering 10 LMICs in Asia, Africa and South America and came to the exact opposite conclusion.

They found a significantly higher willingness to take a COVID-19 vaccine in an LMIC than in Russia (an upper-middle-income country) and the US (a high-income country).

This was consistent with lower pre-pandemic childhood vaccine confidence in the rich countries, the authors of the study wrote in the journal Nature last July.

With US granting emergency-use authorisation of the Pfizer vaccine for children aged five and upwards — making it the first to be available to such young children — there is bound to be further pressure on global supplies as the government takes up more of Pfizer’s production.

What does this say about Pfizer’s September claim that the supply situation is comfortable?

The bigger question is: Did vaccine inequality lead directly to the emergence of the omicron variant? Epidemiologists and academics have been warning of this eventuality, because uneven access to vaccines would increase the risk of new mutant variants emerging.

And so it has come to pass. France has reported a different mutated virus while delta, among the first crop of mutants that appears to have originated in India, continues to roil here.

This means the pandemic is unlikely to end any time soon. How can it, when low-income countries, most of them in Africa, have received just 0.6 per cent of the 8 billion shots that have been administered?

Since no country can vaccinate its way out of the pandemic alone, we can only brace for more unpredictable mutations of inequality.