COVID-19: How do India’s urban informal settlements fight the pandemic

India’s slum population is ill-prepared to face the novel coronavirus disease (COVID-19) pandemic, with livelihoods threatened as a consequence of the lockdown 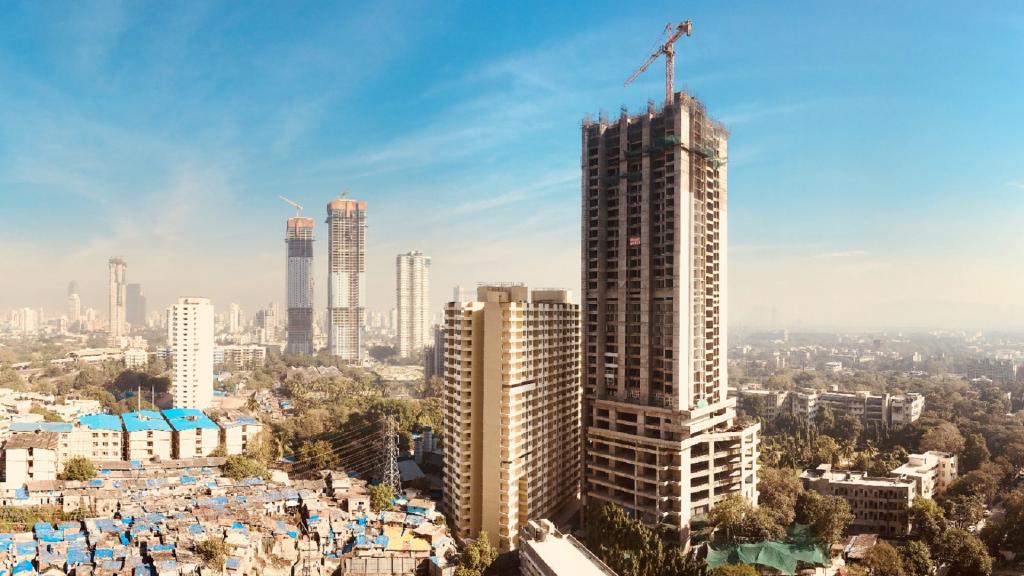 The novel coronavirus disease (COVID-19) pandemic infected over four million people worldwide as of May 7, 2020 and killed over 200,000 people. After receiving its first cases on January 28, India witnessed a spike in late March, that led to a nationwide lockdown on March 24 in order to stem the infection.

The number of cases, however, only increased in the past couple of months. As of May 10, 63,975 cases were reported, mostly in densely populated and highly urbanised areas, resulting in almost 2,109 deaths.

One of the measures adopted by the Union and state governments — following World Health Organization guidelines — was to tell people to stay home and follow the practice of social distancing – where emphasis is laid on the maintenance of distance of at least six feet between individuals.

Access to safe drinking water, proper sanitation and health conditions to protect from the infection is necessary to stop human-to-human transmission along with ensuring good consistency in hand washing and waste management practices.

A question, however, emerges over the efficacy of such measures, given that India has the second-most dense population in the world, with a less than adequate healthcare system and a high migration rate, compounded by the fact that 21.9 per cent of the country’s total population lives below the poverty line, according to 2018 data from the National Sample Survey Office.

Is social distancing a viable strategy for this largely informal society? Can a largely poor population, consisting primarily of marginalised communities and migrant daily wage workers adopt such strict guidelines?

We focus on this question by analysing the socio-economic conditions of people living in informal urban settlements and slums within the country.

What is clear is that the slum population is ill-prepared to fight the pandemic, with livelihoods threatened as a consequence of the lockdown. It also sounds impractical to assume slum households have hygienic access to water, toilets, sewers and drainage in informal settlements.

In overcrowded slums, measures like physical distancing and self-quarantine remain far from implementation.

Dharavi — Asia’s biggest slum located in Mumbai with an approximate one million population — shows this reality. As on April 29, Dharavi reported a total of 590 cases, with 20 deaths. These deaths include youth and children, according to a media report.

Researchers from the Centre for Sustainability estimate the reproductive ratio (R naught) for the SARS-CoV-2 virus that causes COVID-19 on a global scale. They suggest this number in India's slums to be 20 per cent on an average, higher because of dense living conditions, according to a report in news daily Hindustan Times. This vulnerability is borne out in statistics as well.

We analysed data from the fourth round of the National Family Health Survey (NFHS-4) and the 2011 census, focusing on more urbanised states like Maharashtra, Madhya Pradesh, Uttar Pradesh, Delhi, Tamil Nadu and Telangana.

To begin with, we described the basic characteristics of confirmed cases of the virus in Indian states, with basic calculations from COVID-19 India. We analysed details such as growth rate, fatality rate, recovery rate, test per million and share of active cases.

Based on the reported rise in the pace of infection in various states, we attempted its association with share of migrants and slum population. The statistics indicate a clear pattern of intensity among major cities.

With respect to fatality rates, West Bengal, Gujarat and Madhya Pradesh lead the table. Recovery rate too, follows the same trend with the notable exceptions of Kerala and Telangana.

When one reads the pace of increase in infection, it is evident that the most urbanised and in-migration states like Maharashtra, Delhi, Gujarat and Telangana — according to the 2011 census — show higher incidences of infection.

At the same time, there is a reasonable rise in COVID-19 cases in Bihar, Jharkhand, West Bengal and Uttar Pradesh because of reverse migration following the lockdown.

On the other hand, its association with the degree of urbanisation may very well be due to under-served and under-privileged residents with limitation of housing and basic amenities that inhibits adhering to the required prevention protocol. The most vulnerable therefore become the slum residents with poor sanitation practices.

Approximately 65 million people, or 22 per cent, of India’s total population lives in urban slums, according to a report. Most of the temporary and semi-temporary migrants, however, live in slums across major cities.

A few districts of Maharashtra, including Mumbai, suburban Mumbai and Nagpur are home to 1.39 million temporary migrants and 5.74 million semi-permanent migrants.

These migrant labourers form the backbone of India’s economy, work on lower daily wages and do not have the privilege of working from home with stable wages.

They either risk infection to work in the current lockdown or face unemployment and starvation. It is these workers who are prone to a higher risk of comorbidity and consequently at a greater risk to get infected with the virus.

When we look at migrants, they mainly live in metropolitan hubs, including Mumbai, Delhi and Chennai and are vulnerable due to the informal nature of their livelihoods in these slums.

While associating the share of migration and the quantum of infection, we find a positive correlation indicating the migration related vulnerability of this infection. This association is further strengthened when one considers the share of the most vulnerable population living in the urban slums of Mumbai, Central Delhi, Chennai and Hyderabad with a positive correlation.

“Slum lanes are so narrow that when we cross each other, we cannot cross without our shoulders rubbing against the other person,” said a slum dweller, quoted by international news outlet The Guardian. This is, unfortunately, the case in most slum pockets in India.

The World Economic Forum, for example, said Dharavi has a high population density of over 270,000 people living per square kilometre.

This undoubtedly makes social distancing norms impractical. Most of the migrant families or migrant workers who live in single rooms depend on community toilets and water taps.

Findings from NFHS-4 show that among slum households, 56.94 per cent use unimproved toilets, 63.76 per cent live in one room tenements and 76.25 per cent have limited access to water for hand wash.

Unsurprisingly, the evidence shows a positive correlation among virus infections and residences with unimproved toilet facilities, one room households and unavailability of water.

For almost all slum households, using hand sanitiser is very expensive and moreover, access to water for hand-washing is inadequate to begin with. Maintaining social distancing is also not possible given the high density of the population within these slums.

The current crisis should send alarm bells ringing for governments and urban planners in the country over the sustainability of our cities for its citizens. Ensuring good and consistently applied water sanitation and hygiene and waste management practices in communities is a pre-requisite for containing the spread of the epidemic.

Given the evidence on living reality of slums residents and urban migrants in Indian cities, norms like social distancing and hygiene practices seem far from reality.

The analysis highlights the inadequacies of human living and its vulnerability in the face of a pandemic. Overcrowded slums in major cities house an important but extremely vulnerable section of our society.

This population was severely affected due to both the typical infectiveness of the virus as well as the lockdown, leading to substantial losses in lives and livelihoods of these people.

A Stranded Workers Action Network survey recently conducted across various states showed out of 11,159 migrant workers, 96 per cent did not get ration and 90 per cent of them did not get wages.

In case of such an outbreak and the associated measures for its containment, basic deficiencies of the urban poor are overlooked, not just in terms of their compromised living, but also limited access to medical care. It is evident that measures adopted originate from a middle-class mindset that assumes a lot more and is remote from prevailing realities.

This pandemic is a reminder for the need of a slum emergency planning map for every urban settlement and developed solid waste management strategy.

Most importantly, urban planners need to urgently rethink about the sustainability of mega cities in the wake of the outbreak. We have seen vulnerable populations disproportionately affected all the world’s major cities from Wuhan in China, to New York in the United States and Mumbai and Delhi in India.

While the more privileged sections of society have the luxury of sequestering themselves and maintain social-distancing, large swathes of people who do not have the luxury to do so often suffer.

This episode should is an eye-opener to reveal that if we are to recover from crises in the future, we need to strengthen and equip the basic health and public health infrastructure of the urban cities to cater to all its residents to guarantee sustainable urban living.