COVID-19 no gamble: Physics-inspired simulations predict waves in these 4 countries

A physicist uses the Monte Carlo Simulation, commonly used in physics & fields as diverse as engineering and finance, to study endemicity 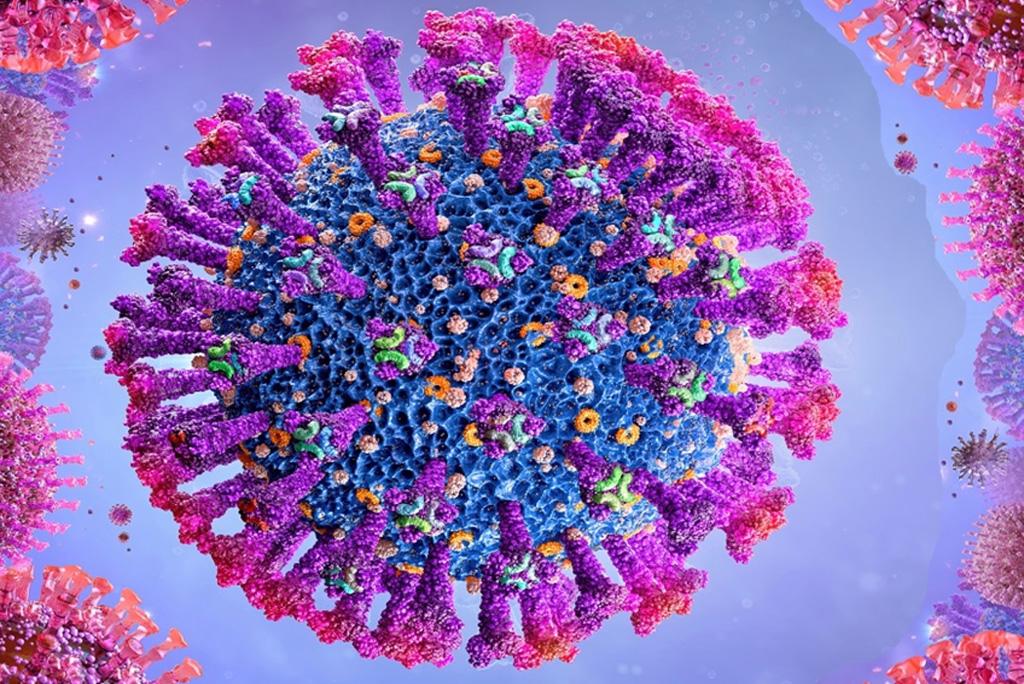 As a physicist, I am trained to look for patterns in data. For example, the motion of the tiniest particles may seem random, but it contains patterns and symmetries.

The same can be said of human movements and interactions. Most humans move to and between familiar places (home and work, for instance), and may encounter the same individuals, like colleagues, most days. But, naturally, there are also random interactions in our complex modern world.

There’s a good chance that we will bump into random strangers as we go from one place to another. Human motion consists of both “regular patterns and random variations”.

Being able to track and predict human movements and interactions can be invaluable in studying the spread of infectious diseases. But how does one account for inherent randomness? Some scientists used cellphone data in Germany to track the effects of human mobility on the spread of COVID-19.

But could there be a simpler approach?

A March 2020 article in the Washington Post gave my colleagues and I an idea. The article sought to explain to readers how social distancing could slow the spread of the new coronavirus. The writers generated a simulation using dots of different colours that moved in random directions and kept bumping into each other. The “infected” dots (representing people) bumped into “uninfected” ones and passed on the infection.

The Washington Post simulations studied the spread of disease as a contact process — an idea that has been studied in extensive detail mathematically. The dots also reminded us of the random (Brownian) motion of gas atoms and of diffusion — a well studied problem in physics, chemistry and engineering.

Inspired by that article, we looked for a way to find useful patterns in the apparent randomness of human mobility, as a means to study the spread of a highly infectious disease like COVID-19. The exercise started out as an intellectual diversion during lockdown. It has since resulted in the publication of three peer-reviewed articles. Our models proved to be very accurate when compared with observations.

For the third article, DP Mahapatra and I studied the more complicated aspect of predicting multiple infection waves using our Monte Carlo model. The results were compared with reported data from four countries with representative sizes: India (around 1.4 billion people), the United States (330 million), South Africa (60 million), and Serbia (7 million).

These showed reasonable agreement with the timing of the COVID-19 waves encountered in these different countries.

A game of chance

To build our model, we used what is known as a Monte Carlo Simulation, commonly used in physics as well as fields as diverse as engineering and finance. The Monte Carlo method is named after the luxurious gambling destination in Monaco, where — as with any other casino — games of chance are common.

What makes Monte Carlo simulations so appealing is their ability to predict different potential outcomes because they make provision for the presence of random variables or elements. In gambling, for instance, variables could include the player, the dealer, the shuffling of cards and the number of players around a table.

In the case of the spread of disease through contact (or proximity-based) interactions, one random variable is human movement. To account for this in our simulations, we used what is known in probability theory and statistical physics as a “random walk”.

This process aims to determine the probable location of any subject that is in a random motion. Each different outcome is a snapshot, a multitude of which is then combined to make up a whole.

Our first paper, published in 2021, studied the impact of mobility restrictions and intervention strategies in curbing the spread of COVID-19. The simulations showed that the rise in the number of infections within a controlled and restricted population followed a power law instead of the assumed exponential growth used in most epidemiological modelling.

The power-law scaling showed that the number of infections (or fatalities) within a constrained population increased in a manner such that it was proportional to a (fractional) power of time. One of the interesting takeaways from this paper was that the power-law behaviour for epidemic growth emerged naturally from our simulations.

Such power-law growth was observed in early data from China and explained using a modified epidemiological model that incorporated lockdown and other social-distancing scenarios.

This paper was followed by a second publication in December 2021, which provided an empirical model to analyse and make accurate predictions for incomplete epidemic growth curves that followed power-law scaling.

The extended simulations described in our third paper sought to take into account the impact of mitigation strategies like lockdowns, together with recovery and infection rates, to study multiple waves of infections. By applying our simulations to recorded and estimated infection numbers, we found that our models were very accurate.

These simulations suggested a possible fifth wave for South Africa. The results also indicated that further work was required to include a reinfection rate, in the light of new variants such as omicron, which had clearly shown an ability to evade previous immunity.

This work also showed that the number of successive waves of COVID-19 infections in any country depends on population density, the intermixing rate, and most importantly the timing and duration of control interventions such as quarantines and lockdowns. Interventions like mask mandates and vaccinations were included under this category.

COVID is here to stay

We have continued tweaking our simulation model, particularly with respect to reinfections from new variants. We have now incorporated two essential lessons learned from our simulations: The increased mobility of the most vulnerable members of the population as restrictions are eased; and rising reinfections as recovered individuals are infected by new variants.

These factors also apply to South Africa, where life is returning to “normal” for many people. Our latest model predicts a significant fifth wave — which experts have now confirmed.

In our simulations, the numbers for South Africa are set to rise rapidly towards the end of May and beginning of June. If unabated, this would lead to a long crescendo, with this fifth wave peaking only towards the end of 2022. That climb and peak, and other possible subsequent waves, will depend on the procedures followed to mitigate it.

Our models and ongoing work bear out the growing consensus that COVID-19 is now globally endemic and here to stay.