A few people died after getting vaccinated in an MP village; but doctors have denied any link to vaccination 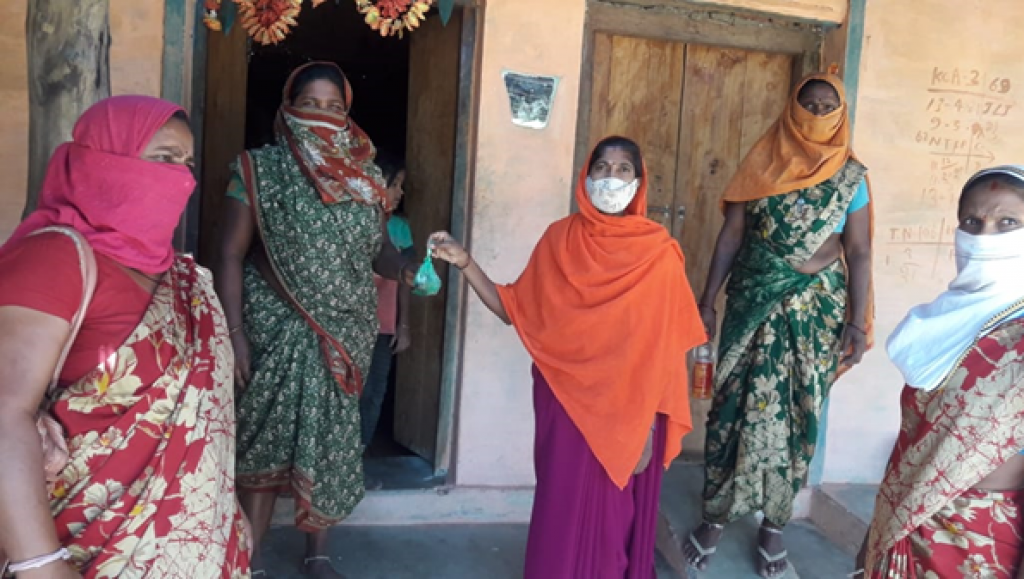 As the second wave of the novel coronavirus disease (COVID-19) pandemic ravages India, an invisible but destructive narrative is spreading across rural Madhya Pradesh: That vaccination is leading to deaths.

As concerted efforts are underway to control the surge in cases across villages in Betul district’s Shahpur block, frontline workers (FLW) such as accredited social health activists (ASHA), Anganwadi and auxiliary nurse midwives (ANM) are faced with an unexpected burden: To deal with and educate people refusing vaccination.

The village is rife with rumors around vaccination, purportedly telling people to not get vaccinated and instead take up home-made remedies to treat the infection. In some villages, they alleged, people died after getting vaccinated. Doctors, however, did not affirm to such correlations.

There is no data regarding the number of deaths that allegedly took place after vaccination.

Building upon the conjecture of post-vaccination deaths, fuelled by misinformation and a sudden increase in COVID-19 cases in rural areas, people have refused to cooperate with frontline workers.

“It is all because of the fake news being circulated through social messging app WhatsApp. A few people died after getting vaccinated, so their fears about the same have grown. Frontline workers are doing their best to create awareness by going door to door and insisting on wearing masks and using sanitisers,” said Pawan Yadav, community health officer, Khokhra sub-center, Shahpur block.

Frontline workers are the primary contact between the rural health care system and the community. Despite their usual role as a community mobiliser around reproductive and child health, the Madhya Pradesh government has additionally tasked them to create awareness on the perils of COVID-19, ensure protocols and complete vaccination of all residents.

To keep a check on the rising cases, ‘Kill Corona Survey’ was started wherein a team comprising FLWs and panchayat officials go door-to-door to identify suspected cases and provide immediate treatment. FLWs are expected to note down the names of those experiencing flu-like symptoms and report them to the block-level administration.

But many people escape the radar by concealing information and refusing to cooperate. Many deaths from the virus are never reported because the cases never reach the hospital in the first place. 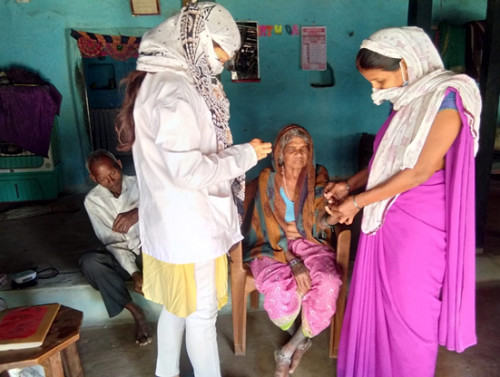 An ASHA workers carries out door-to-door diagnosis during a ‘Kill Corona’ round. Photo: PRADAN

Sukmani Thakre, an ASHA supervisor from Banjaridhal village, oversees 13 other villages in the block. Lately, she has been feeling the burden despite being vaccinated in December 2020. Some of her peers in adjacent villages contracted the virus in spite of vaccination.

She said, “As many as 10 people came forward for the first dose of vaccination, out of which only one got his second dose. Now, even pregnant women are backing out. We receive threats of attack from people.”

She raised these concerns with the Block Medical Officer (BMO), Shahpur, Gajendra Yadav.

“A fatality within 24 hours of vaccination can be termed a post-vaccination death. But that is reportedly not the case in the villages here. It is highly likely that they either contracted the virus immediately after getting vaccinated or had some other underlying medical issues they were unaware of. Even when an asymptomatic person gets vaccinated, he / she will not be in danger because there will not be a high number of antibodies. Hence, the inoculation will not trigger any serious reaction in them.”

He added none of these cases were officially reported. Frontline workers have now been tasked to monitor vaccinated people for at least two weeks and report complications, if any, to officials concerned.”

Frontline workers, however, are not given important tools such as thermometer and pulse-oximeter. It was reported that only ANM has the tools in teams formed. This has hampered the monitoring of symptomatic and vaccinated people.

All villages in Shahpur block predominantly comprise tribals. Out of 21,907 households in the block, nearly 15,000 households belong to Scheduled Caste and Scheduled Tribe communities.

There is only one COVID-19 care center comprising 25 to 30 beds for the block containing 127 villages. Only five-six beds are equipped with oxygen facilities. It has six oxygen concentrators, three nebulizers and three steamers.

Even when people are dying of the virus inside their homes, their families have not been reporting it to FLWs. They say: “What would we do there? They will keep us captive.”

ASHA workers have complained of one more menace: Unqualified doctors. These doctors have allegedly been treating fever, cold and cough using a combination of generic medicines often available at the drugstore.

When a medicine kit is given to a person, an ASHA worker reports it to the block administration. To avoid being a subject of interest and speculation, people have stopped taking medicines from them and started relying on these doctors instead.

“People don’t listen to us. Even my son got himself treated by one such doctor. I fear for my own life since the moment people see me in my ASHA uniform, they shut their doors on me or turn me away when I step out to conduct vaccination awareness drives,” said Sangeeta, an ASHA worker from Dhodramohar village.

The rumor says there is a difference in the quality of vaccines used on government servants and the common public. People claim that panchayat officials, including the sarpanch, received vaccination that was superior in quality.

With the inevitability of a third wave, state government and the local community-based organisations need to come together to start creative and effective vaccination awareness campaigns. People who have been vaccinated should be identified as change agents and motivate others to come forward for vaccination.

At the same time, it is the responsibility of the state government to clear the rumors; discounting such incidents can further deepen distrust in the community. To support frontline workers physically and mentally, constant awareness and counseling sessions need to be integrated into the system.

Civil society organizations need to step up their efforts and presence in these areas to counter the false narratives and assist frontline workers wherever possible.