Donald Trump is taking hydroxychloroquine to ward off COVID-19. Is that wise?

There is a 20% genetic difference between SARS-CoV-2 and previous SARS coronavirus, meaning we should not assume a drug shown to act against SARS will automatically work for SARS-CoV-2 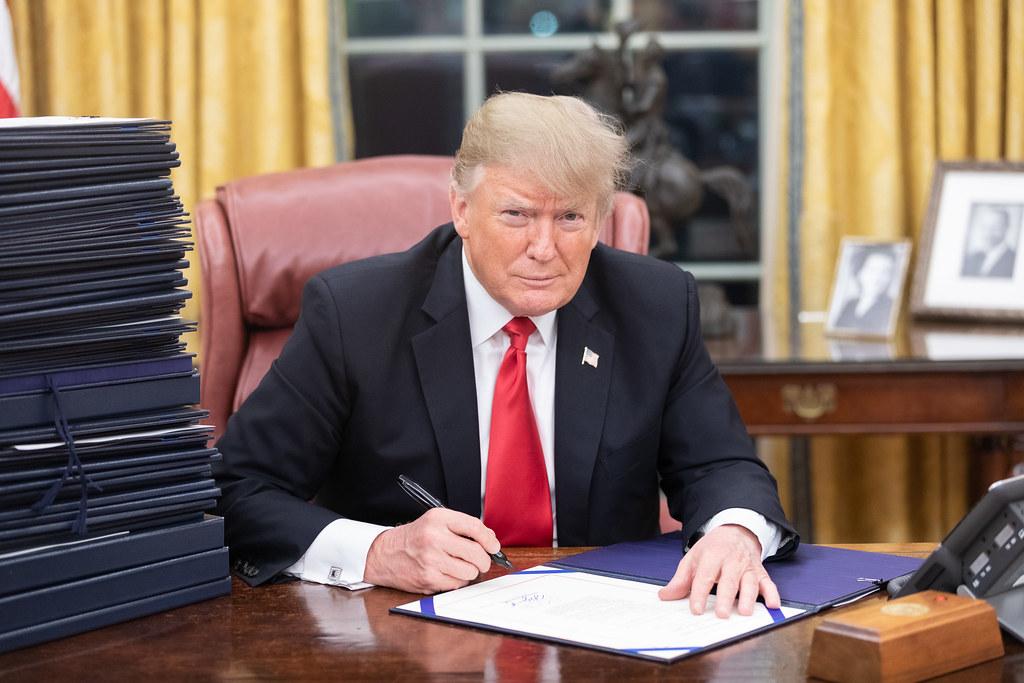 The White House’s confirmation that United States President Donald Trump has been taking hydroxychloroquine every day for the past two weeks, with his doctor’s blessing, has reignited the controversy over the drug. It has long been used against malaria but has not been approved for the novel coronavirus disease (COVID-19).

Trump said he has “heard a lot of good stories” about hydroxychloroquine, and incorrectly claimed there is no evidence of harmful side-effects from taking it.

His previous claims in March that the drug could be a “game changer” in the pandemic prompted many people, including Australian businessman and politician Clive Palmer, to suggest stockpiling and distribution of the drug to the public.

HYDROXYCHLOROQUINE & AZITHROMYCIN, taken together, have a real chance to be one of the biggest game changers in the history of medicine. The FDA has moved mountains - Thank You! Hopefully they will BOTH (H works better with A, International Journal of Antimicrobial Agents).....

But the dangers of acting on false or incomplete health information were underlined by the death of an Arizona man in March after inappropriate consumption of the related drug chloroquine. It’s important to know the real science behind the touted health benefits.

How do these medicines work?

Hydroxychloroquine is an analogue of chloroquine, meaning both compounds have similar chemical structures and a similar mode of action against malaria. Both medications are administered orally and have common side-effects such as nausea, diarrhoea and muscle weakness. However, hydroxychloroquine is less toxic, probably because it is easier for the body to metabolise.

The US Food and Drug Administration has approved both chloroquine and hydroxychloroquine for treating malaria, but not for COVID-19.

We don’t know exactly how these drugs work to combat the malaria parasite. But we know chloroquine disrupts the parasite’s digestive enzymes by altering the pH inside the parasite cell, presumably effectively starving it to death.

Malaria parasites and coronaviruses are very different organisms. So how can the same drugs work against both? In lab studies, chloroquine hinders replication of the SARS coronavirus, apparently by changing the pH inside particular parts of human cells where the virus replicates.

This offers a glimmer of hope that these pH changes inside cells could hold the key to thwarting such different types of pathogens.

Existing drugs can be extremely valuable in an emergency like a pandemic, because we already know the maximum dose and any potential toxic side-effects. This gives us a useful basis on which to consider using them for a new purpose. Chloroquine is also cheap to manufacture, and has already been widely used in humans.

But we shouldn’t be complacent. There are significant gaps in our understanding of the biology of SARS-CoV-2, which causes COVID-19, because it is a brand new virus. There is a 20 per cent genetic difference between SARS-CoV-2 and the previous SARS coronavirus, meaning we should not assume a drug shown to act against SARS will automatically work for SARS-CoV-2.

Even in its primary use against malaria, long-term chloroquine exposure can lead to increased risks such as vision impairment and cardiac arrest. Hydroxychloroquine offers a safer treatment plan with reduced tablet dosages and lessened side-effects.

But considering their potentially lethal cardiovascular side-effects, these drugs are especially detrimental to those who are overweight or have pre-existing heart conditions. Despite the urgent need to confront COVID-19, we need to tread carefully when using existing medicines in new ways.

Any medication that has not been thoroughly tested for the disease in question can have seriously toxic side-effects. What’s more, different diseases may require different doses of the same drug. So we would need to ensure any dose that can protect against SARS-CoV-2 would actually be safe to take.

The evidence so far

Although many clinical trials are under way, there is still not enough evidence chloroquine and hydroxychloroquine will be useful against COVID-19. The few trials completed and published so far, despite claiming positive outcomes, have been either small and poorly controlled or lacking in detail.

The fascination with chloroquine and hydroxychloroquine has also adversely affected other drug trials. Clinical trials of other possible COVID-19 treatments, including HIV drugs and antidepressants, have seen reduced enrolments. Needless to say, in a pandemic we should not be putting all our eggs in one basket.

Then there is the issue of chloroquine hoarding, which not only encourages dangerous self-medication, but also puts malaria patients at greater risk. With malaria transmission season looming in some countries, the anticipated shortage of chloroquine and hydroxychloroquine will severely impact current malaria control efforts.

Overall, despite their tantalising promise as antiviral drugs, there isn’t enough evidence chloroquine and hydroxychloroquine are safe and suitable to use against COVID-19. The current preliminary data need to be backed up by multiple properly designed clinical trials that monitor patients for prolonged periods.

During a pandemic there is immense pressure to find drugs that will work. But despite Trump’s desperation for a miracle cure, the risks of undue haste are severe.

This article was coauthored by Liana Theodoridis, an Honours student in Microbiology at La Trobe University.