US rejects Indian shrimps due to antibiotic presence 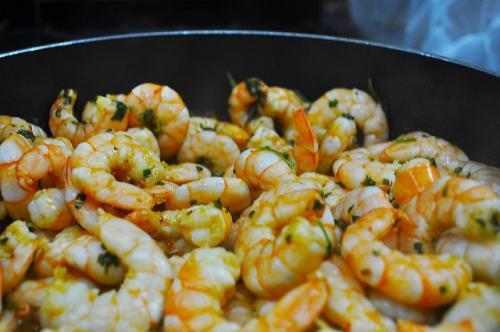 The US Food and Drug Administration (FDA) recently released information on import products which have been refused entry into the country for the month of May.

The FDA outlines Import Alert (numbers 16-124 and 16-129) to check the presence of nitrofurans or chloramphenicol—antibiotics—in aquaculture and sea-food products.

Five per cent of the rejected import products were of shrimp entry lines refused due to the presence of banned antibiotics such as chloramphenicol and nitrofuran.

An entry line refers to a particular type of product in a given container. A single container may contain different types of shrimps based on size and processing and each type is called an entry line.

Both chloramphenicol and nitrofuran, are broad-spectrum antibiotics for human use and have been banned by the US FDA from use in food production since 1984 and in food-producing animals since 1991.

In 2016, India recorded the highest number of shrimp entry line rejections ever over the past 15 years with 39 entry line refusals this year.

A latest analysis by the Southern Shrimp Alliance, a US-based non-profit, showed that in just five months, the number of antibiotic-related shrimp refusals from India had exceeded the total number of refusals from the country in 2015 by 14 per cent.

Given the detection of banned antibiotics in shrimp products exported by them, a number of Indian firms have been listed for Detention without Physical Examination (or “Red List”) under the import alerts. About 88 per cent of the shrimp entry line refusals in May 2016 were from India.

The recent rejection of the shrimp consignment comes despite the existing inspection procedures prevalent in the country pertaining to the export of marine products.

The Coastal Aquaculture Authority, Marine Products Export Development Authority (MPEDA) and Export Inspection Council are key bodies in the country to monitor the use of antibiotics in shrimp farming as well as shrimp products prior to export.

According to a press release by the MPEDA, frozen shrimps constitute the major export item from the country, with USA being its largest market followed by the European Union.

Interestingly, the antibiotics for which these entry lines have been rejected by the FDA are also banned for use in shrimp culture in India.

From 2012-2015, about 17 cases of exported shrimp products were reported for the presence of prohibited substances such as nitrofuran metabolite (furazolidone), nitrofurazone and chloramphenicol or for exceeding the amount of oxytetracycline by European countries as per the Rapid Alert System for Food and Feed of the European Commission.

Although regulatory mechanisms exist, these rejections reiterate the need for greater and effective implementation of the regulations.

Discussion with experts indicates that there is a dearth of high-end instrumentation uniformly across the country, which can detect antibiotic residues at lower limits of their concentration.

Citing the example of the European Union (EU), a senior scientist from the Central Institute of Brackishwater Aquaculture said, “The EU has sensitive equipment to detect up to ppt levels. India lacks such infrastructure and detection of antibiotic residues remains a limitation, even if tested.”

Rising rejection levels indicate the widespread use of antimicrobials in aquaculture for therapeutic and non-therapeutic uses in India.

The greatest risk associated in this process is the development of a reservoir of resistant bacteria in aquatic environments, leading to increased incidences of antibiotic resistance (ABR).

Under the broader domain of antimicrobial resistance, ABR has emerged as a critical global health priority needing urgent attention, before a “post-antibiotic era” is reached.

The CSE has highlighted the need to pay more attention to government bodies, policy makers and stakeholders for addressing multiple issues. These are unregulated antibiotic availability, farmer and consumer awareness, biosecurity, monitoring and capability building and improving veterinary oversight for greater outreach.