For the first time since 2005, the number of deaths due to TB increased from one year to the next 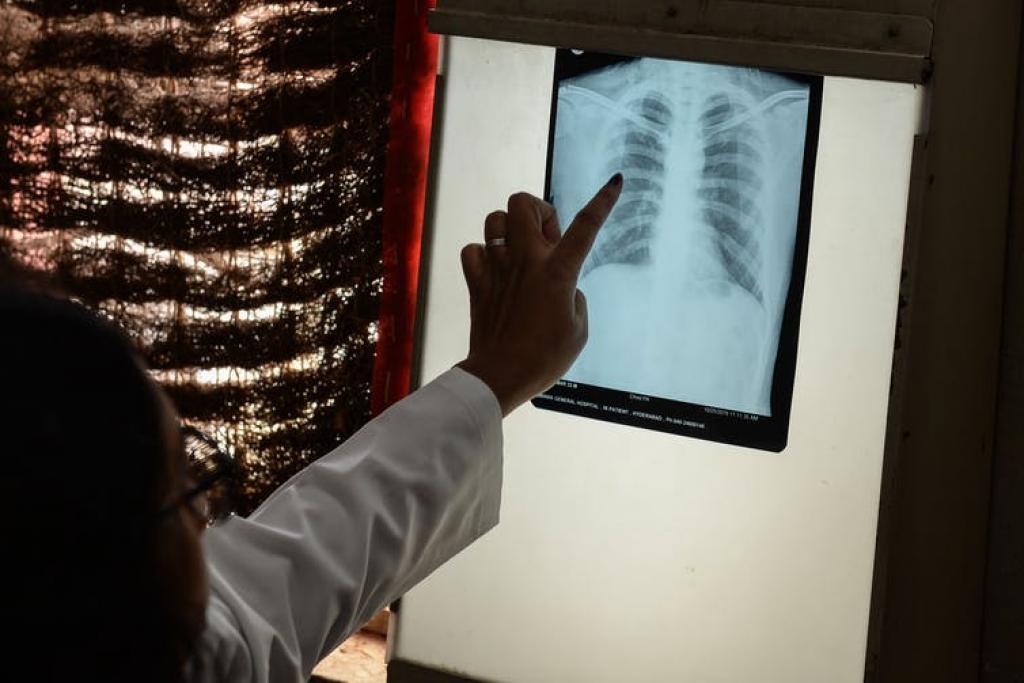 The World Health Organization’s (WHO) recently released Global Tuberculosis Report for 2021 paints a dismal picture of the impact that the COVID-19 pandemic has had on the fight against TB across the globe.

Progress against TB has long been inadequate to reach the target of elimination by 2030. But before the pandemic the world was making steady progress in diagnosing and treating TB, and deaths from TB had steadily decreased every year since 2005.

The report is based on annual responses to the WHO from 197 countries. It represents around 99% of the world’s population and TB cases and provides annual feedback to the national and international public health community.

This year it contains very worrying news about the COVID-19 pandemic’s wide-ranging and longer term effects on TB services.

Mathematical modelling projections for the 16 worst affected countries, including South Africa, suggest the knock-on effect will be worse in 2021 and beyond. These countries are likely to suffer even greater increases in the number of new cases and deaths from TB.

The most urgent priority, according to the report, is to restore access to and provision of TB services to enable levels of TB case detection and treatment to recover to pre-pandemic levels. In the longer term, countries must invest in research and innovation to address the priority needs.

These are: TB vaccines to reduce the risk of infection and the risk of disease in those already infected; rapid diagnostics for use at the point of care; and simpler, shorter treatments for TB disease.

Why gains in TB control have been reversed

COVID-19 has had a large negative effect on all health services. The effect on TB services has been profound. This is especially the case with regard to TB diagnosis – the essential first step to treating TB and preventing death.

In the 2021 report, 16 countries accounted for 93% of the total global drop in new TB diagnoses of 1.3 million. The worst affected were India, Indonesia and the Philippines. These three countries are among a group of 10, including South Africa, considered high-burden countries for drug sensitive, drug resistant and HIV-associated TB.

The new data shows that the gap between reality and targets in high burden countries has widened dramatically.

The COVID-19 epidemic has had many consequences for TB services.

The report notes these three:

Model estimates of future impact may also be underestimates, as they do not account for the negative effects of COVID-19 on the social determinants of TB. For example, low income and malnutrition increase the chances of developing TB disease in people who are already infected with Mycobacterium tuberculosis, the infectious agent that causes TB disease.

Trend will continue unless the world acts now

The increased number of undiagnosed and untreated TB cases will lead to more TB transmission and a further increase in TB disease and death in the years to come unless action is taken now.

TB preventive treatment is given to people who are at high risk of developing TB disease after being infected with Mycobacterium tuberculosis. The WHO recommends that TB preventive therapy be given to people living with HIV, household contacts of individuals diagnosed with TB of the lungs, and certain people with co-morbidities such as those receiving dialysis or diabetics.

The standard of care for drug sensitive TB disease is a six-month course of treatment. On a positive note, the report shows that more countries (36, up from 21) are using newly recommended, shorter treatment regimens for drug susceptible TB.

The first South African National Prevalence survey and other emerging research has shown that only about half of people with active TB disease report having one of the classic symptoms of TB disease: cough, fever, weight loss and night sweats.

This implies that people in the early stages of active TB disease, without any recognisable symptoms, may be contributing to TB transmission without knowing it. It is vitally important that attempts to recover from COVID-19 setbacks, such as catch-up campaigns for case-finding and treatment, involve methods to find people with TB who do not have symptoms as well as those who do.

It is sobering to reflect that, during the 18 months of the COVID-19 pandemic, about 90,500 South Africans have died of TB – more than the 88,754 reported to have died of COVID-19 during the same period.

The COVID pandemic has proved that health systems are capable of making drastic changes when the need arises. It is time to apply the same determination to fighting TB.