Cervical, oral and breast cancers are prominent among women. In round 1 of NFHS-5, women aged between 30 and 49 years were asked whether they were diagnosed with any of these cancers 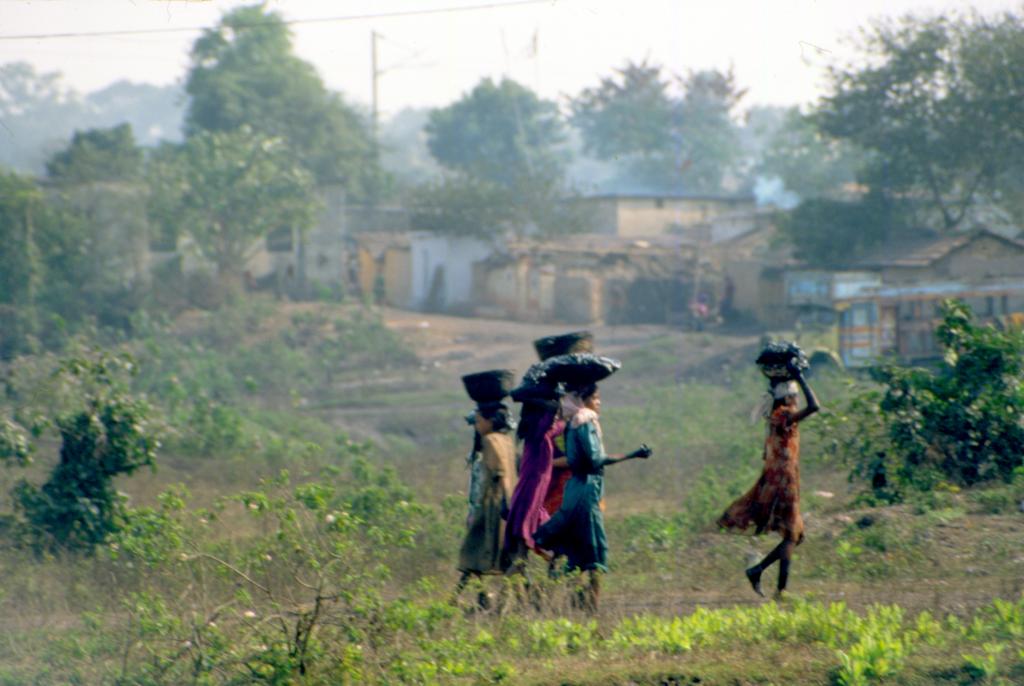 Cancer is a major cause of mortality and morbidity worldwide. According to the World Health Organization, deaths caused by cancer will increase by 45 per cent between 2008 and 2030. Cervical cancer, oral cancer and breast cancer are the most common forms of cancer among women worldwide.

The National Family Health Survey (NFHS) in its fourth round (2015-2016) collected information regarding the presence of cancer for the first time. It also collected data on cervical, breast and oral cavity screening and examinations.

NFHS-5 data has been categorised by the place of residence and is, therefore, considered a key indicator regarding awareness of cancer among men and women classified by rural and urban areas.

The data findings of 22 states and Union territories were released on December 13, 2020 by the Union Ministry of Health and Family Welfare.

The probability of a woman carrying out a cancer screening test is high among those who have received a higher education or belong to a family of high-income group. Rural women are less likely to undergone screening than urban women.

Mostly, woman above 40 participate in screening activities. Of late, however, many new screening modalities have been introduced, of which some have been put to community practice.

But none of them have been evaluated for their effect on breast cancer mortality. Screen-film mammography, full-field digital mammography, magnetic resonance imaging are among the methods of screening.

There may be a difference between the screening practice in the community and the care provided within randomised clinical trials, but the same has not been discussed in review articles to a great extent. 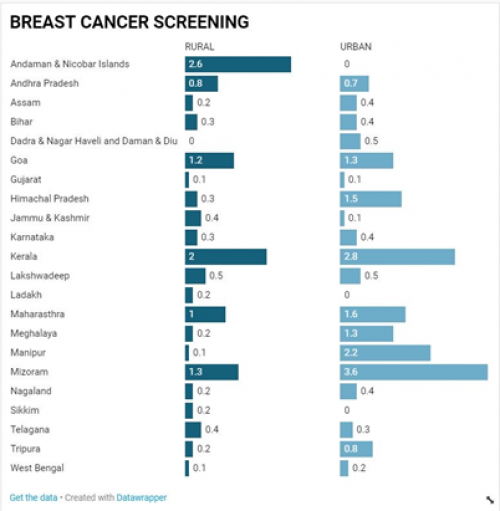 Breast cancer screening in rural and urban areas in 2019-20. Chart includes the state and union territories where the NFHS-5 was completed. Source: NFHS-5, Phase 1(2019-20)

Out of the 22 states and UTs whose NFHS-5 (Phase 1) data has been released recently, all except Andaman & Nicobar islands, Jammu and Kashmir, Andhra Pradesh and Telangana screened more women for breast cancer in urban areas than rural areas.

North Eastern states such as Meghalaya, Manipur and Mizoram have high proportion of women participating in breast cancer examination along with Maharashtra, Kerala and Himachal Pradesh.

Cervical cancer has been an important area of action due to a heavy burden of disease and potential for effective prevention through screening. Being the second-most common cancer among women worldwide, cervical cancer can be prevented with access to high quality care, periodic screening tests and regular follow up.

But a majority of women living in poor countries do not have access to effective screening programmes. The main factors responsible for the reduction in the participation of women in cervical screening programmes are poor awareness of the indication and benefits of the cervical smear test, lack of knowledge of cervical cancer and its risk factors and the fear of embarrassment.

Andhra Pradesh, Bihar, Jammu and Kashmir, Telangana and West Bengal have more rural woman participating in cervical cancer screening than those in urban areas. The women living in the urban regions of Mizoram, Himachal Pradesh, Kerala and Maharashtra have significant number of women undergoing a screening test for cervical cancer.

The practice of cervical cancer screening is close to insignificant in Nagaland, Ladakh and Gujarat.

The burden of oral cancer worldwide can be controlled through early detection and prevention. One of the main reasons for a low survival rate in case of oral cancer is delayed diagnosis.

Currently, the screening of oral cancer is based on visual examination which is accompanied with adjunctive technique for subjective interpretation of dysplastic changes. While the men in Lakshadweep and Ladakh do not participate in oral cancer screening, those living in the urban areas of Himachal Pradesh, Assam and Tripura do not undergo and oral cavity examination for oral cancer.

However, the proportion is high in the urban regions of Sikkim and Andhra Pradesh. The rural regions of Daman & Diu and Dadra & Nagar Haveli don’t have any men participating in oral cancer examination.