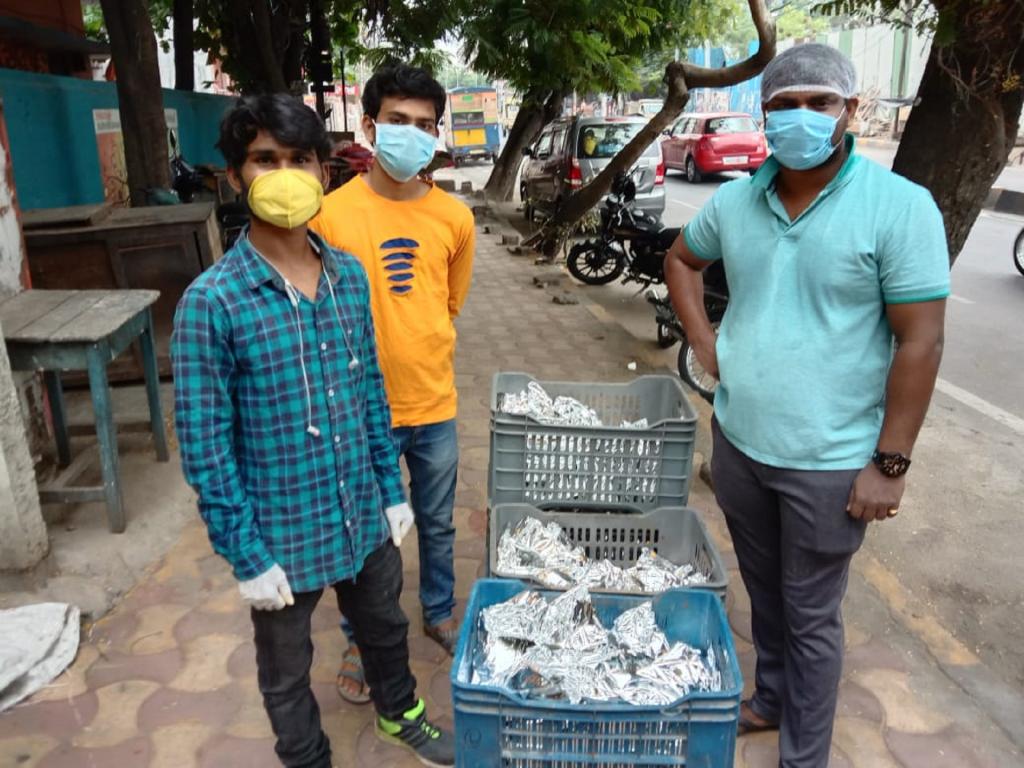 Today’s empowered youth are not just aware of the problems that corrode society, but are also involved in addressing these problems in their individual capacities by bringing about change at local and hyper-local levels. These youngsters do not back off, whether the issues are at the micro, macro or global level.

In 2017, Sujath Ulla, a college student, thought of serving breakfast to those who live on the streets.

He started the ‘Humanity First Foundation’ to serve the disadvantaged — irrespective of their caste, creed, gender and religion — and began to regularly offer breakfast to them in three government hospitals.

“Nothing will stop me from serving breakfast to the poor. Even if I have college stress or problems with food transportation, I always manage to reach hospitals and serve food on time, because I know how much a meal means to the thousands who wait,” said Ulla. “I began distributing breakfast with water as well, when the novel coronavirus disease (COVID-19) pandemic began,” he added.

Soon, more individuals started their own crowdfunding campaigns to increase the impact of the change they attempt to make.

Malleshwar Rao, for instance, distributed around 400,000 meals since the lockdown to spread the curb of COVID-19, with the help of his online fundraiser. Rao — who found ‘Don’t Waste Food’, an organisation that collects leftover food from hotels and functions and serves meals from these leftovers to people who live on the streets — has been serving these meals for the past eight years. 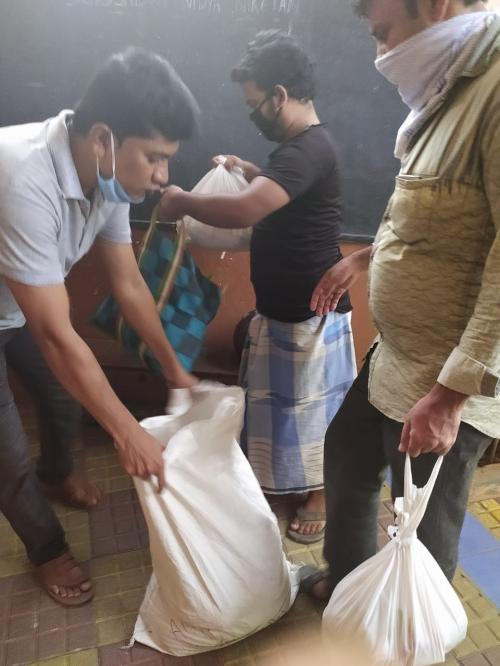 While some youngsters addressed the problem of hunger, Zabi Khan, Pradeep Nair, Rounak and their friends worked tirelessly to help animals. Khan, a 20-year-old Padma Shri nominee and United Nations awardee, became an animal-rights activist at the age of 13.

He founded ‘A Place To Bark’, a rescue and animal adoption centre and began a fundraiser, with Milaap’s help, for the construction of Hyderabad’s first animal sanctuary.

Nair, on the other hand, moved to Hyderabad to work as a software engineer. The plight of animals stuck in borewells, pits and wires in cities disturbed him. Since then, he started becoming involved in risky, tactical rescue missions. He rescued more than 70,000 animals, including birds, buffaloes, cats, dogs and snakes, in the past 14 years.

“My agenda is to train more youngsters in the coming days to become true animal activists who can rescue voiceless animals during any given situation,” said Nair. “I have already formed a team of 18 rescuers with good training who collaborate with city-based organisations for rescues,” he added.

Abhijit Biswas, Romila Gillella, Asra Fatima and Ruhi Gidwani, a group of young activists with a background in development work, are all alumni of the Teach for India programme. They formed the ‘Bharat Dekho’ (Look at India) coalition with the principle of speaking less and doing more.

The group reached out to the most vulnerable affected by the pandemic. Under the initiative, the four-member Bharat Dekho team supplied food, gas and medical care to daily wage workers, migrant labourers, senior citizens and pregnant women stranded in and around multiple localities in Hyderabad.

They also helped several migrants reach their hometowns and, for those who wanted to stay back, helped get them jobs at a seed manufacturing company in Hyderabad.

Jasper Paul is a young social activist who works to provide medical care to the elderly and abandoned. He raised funds online for ‘The Second Chance’, a home he runs for the old and destitute.

“Due to their active access to social media and the digital world, they are able to effectively reach out to more people and mobilise more support than ever before,” said Anoj Viswanathan, president and co-founder of Milaap.

“It is beyond heartening to see young minds work together to create such a significant impact while the world is crippled to a standstill,” said Viswanathan, who cited examples of several young children involved in relief work.

“17-year-old Smriti, 14-year-old Mishikkaa and 11-year-old Ridhi are using the digital world to speak about issues they wish to address and mobilise amounts in lakhs from people across the world to bring about the change they wish to see,” he added.

There are many young people from Hyderabad who try to create meaningful solutions for big and small social and ecological problems they see around them. Crowdfunding platforms like Milaap help bridge the gap and add transparency and credibility to big and small relief initiatives, helping to open up needs and causes to the entire world for support.

There is, thus, a reason to hope the youth of today apply their online reach to not just discuss, but also address issues that concern large communities and society as a whole.