The latest figures suggest that Manipur spends more OOPE in both rural and urban areas, whereas Gujarat spends less among states and Dadra and Nagar Haveli among Union territories

There has been a substantial increase in out of pocket expenditure (OOPE) in various states and Union territories of India despite various maternal schemes having been implemented by the Union and state governments, according to the National Family Health Survey-5.

Dependency on private health facilities, pharmaceuticals and an increase in caesarian births are the factors responsible for the rise in OOPE in India. OOPE is defined as the payments made by an individual in exchange for the health services they received.

It includes consultation charges, pharmaceutical and laboratory charges, dressing charges and injections. The World Health Summit 2011 reported that India had the 42nd highest average OOPE, with 74.4 per cent of private expenditure being paid as OOPE.

Considering all this, the National Health Policy 2017 set a goal to reduce out-of-pocket expenditure and decrease the proportion of households experiencing health-related financial issues by one-fourth by 2025.

The government launched schemes like Janani Shishu Suraksha Karyakram that offered incentives of Rs 1,400 to women delivering in public or accredited private facilities and ensuring free delivery. Despite this, OOPE kept on rising substantially in the health system.

Age at delivery is considered as a major factor responsible for natural delivery. The complications among pregnant women rise with an increase in age and substantially incline the OOPE.

Pregnant women in the age groups of 35+ and 20- should undergo proper screening and have better facilities at the time of delivery as they are considered to be in the high-risk category for delivering a child.

Education has a potential role in improving child and maternal health. Several studies have reported that maternal education has a negative association with out-of-pocket expenditure for delivery.

Women with higher birth order are less likely to spend on OOPE. The OOPE among women who are delivering a second time is not as much as the first birth because various central and state schemes offer financial support for the first birth. 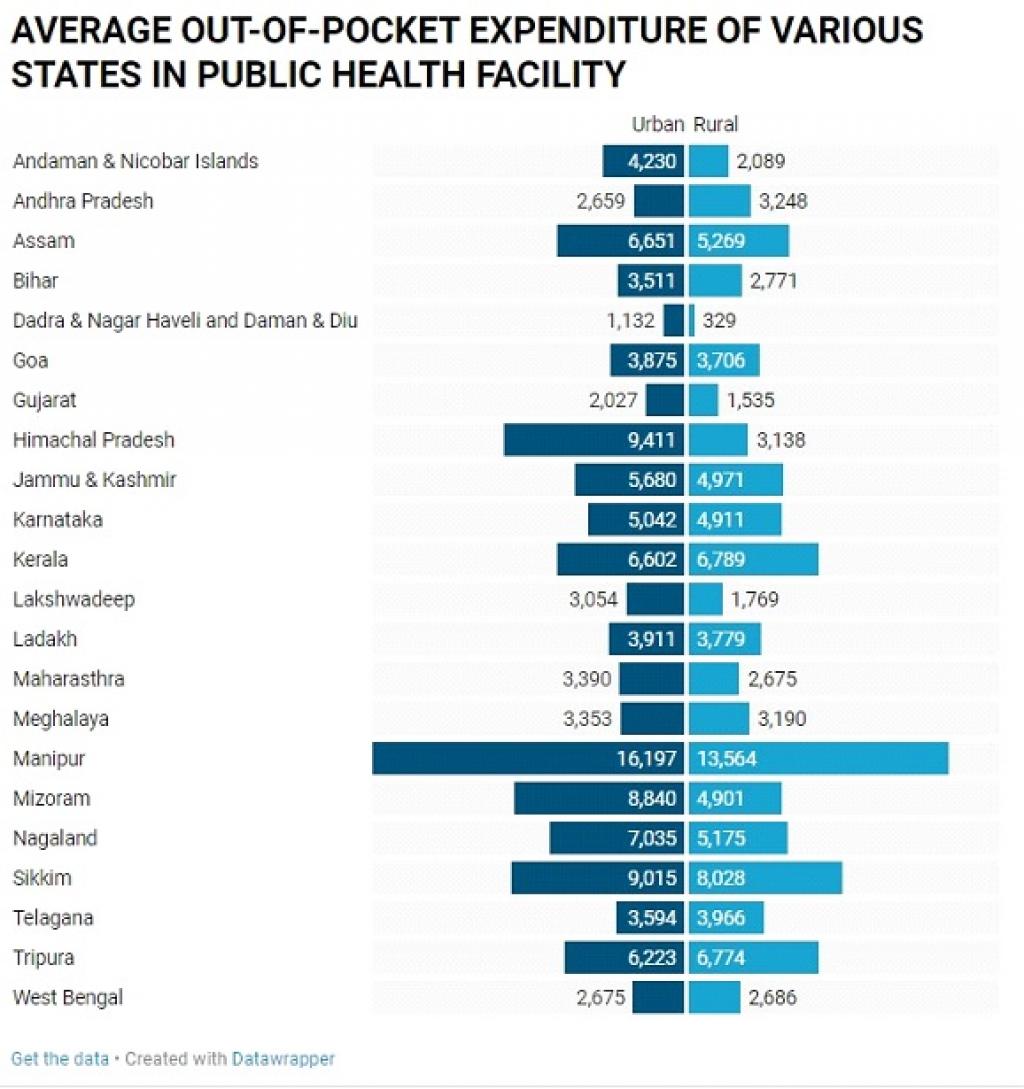 The latest figures suggest that Manipur spends more OOPE in both rural and urban areas, whereas Gujarat spends less among states and Dadra and Nagar Haveli among Union territories.

Despite the fact that OOPE in urban areas is more as compared to rural areas, some states like Andhra Pradesh, Kerala, Telangana and West Bengal perform contrary to this. Goa is the only state that spends an amount less than the incentive of Rs 1,400 paid by the central and state government through various schemes.

The geographic challenge in Manipur and unavailability of trained staffs in public facilities keeps its share high among all states. 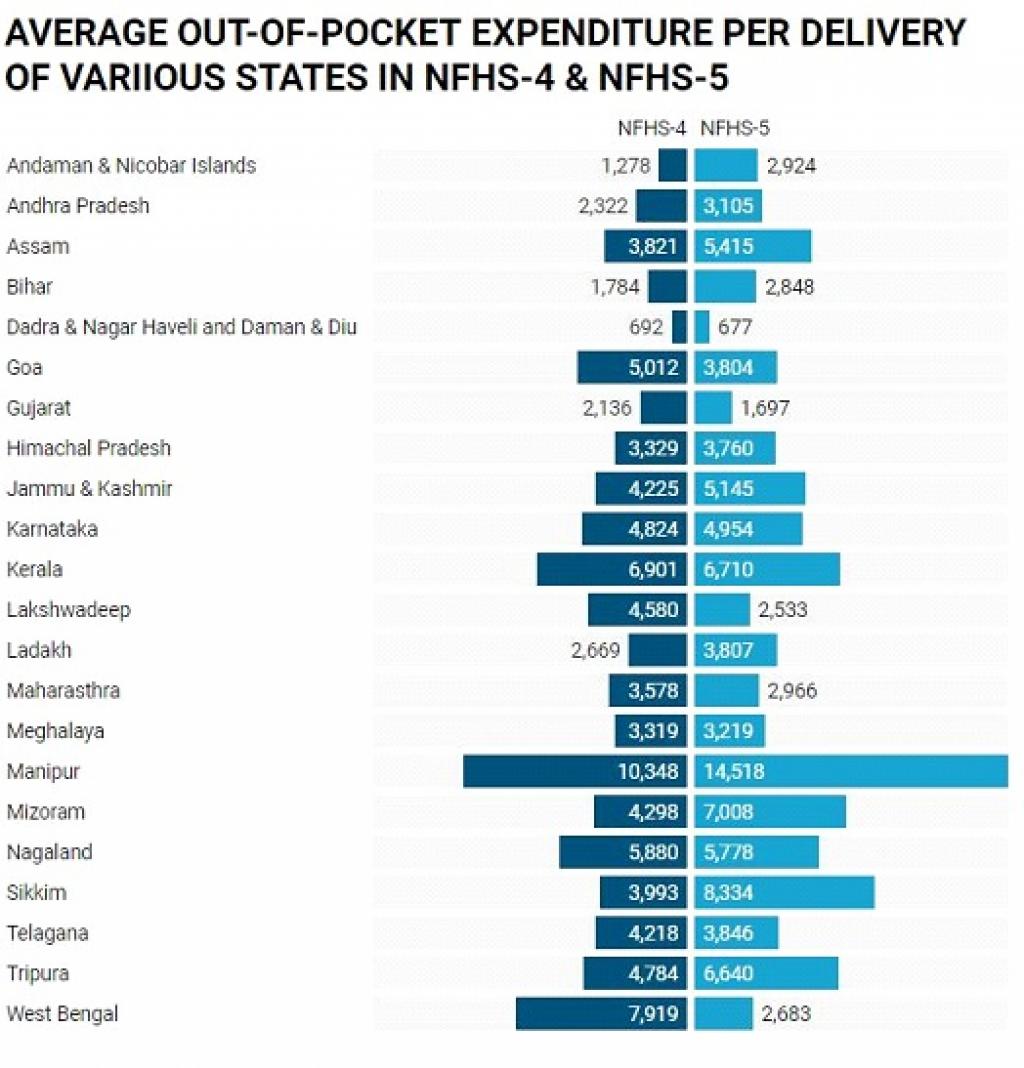 According to the latest NFHS, the lowest average OOPE per delivery in public facilities is in Dadra and Nagar Haveli and Daman and Diu (~Rs 700).

Among 22 states, 12 states have shown an increase in the average OOPE in public facilities over five years and the major spike was observed in Sikkim and Manipur followed by Mizoram, Tripura, Andaman and Nicobar Islands, Assam, Ladakh and Bihar.

Eight states and two Union territories have a negative spike in average OOPE per delivery where Goa (Rs 1,208), Lakshadweep (Rs 2,047) and West Bengal (Rs 5,236) have shown the highest decline among the list.