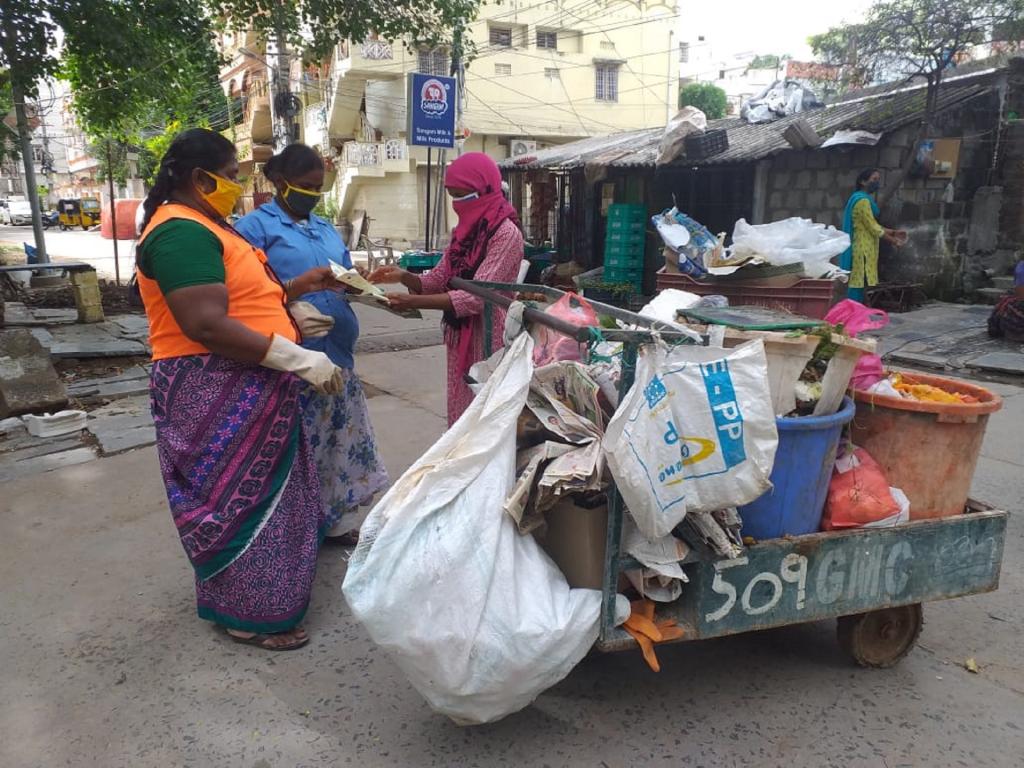 For women around the globe, access to safe and dignified menstruation is a fundamental need. In India, however, deficient information and lack of awareness over the choice of sanitary products and menstrual hygiene practices are often the causal agents of unnecessary diminutions.

The Solid Waste Management (SWM) Rules, 2016 recommend all menstrual waste to be transferred and treated in large-scale biomedical waste incinerators. This would, however, require creating a self-sustaining system for segregation, collection and transportation.

On the other hand, small-scale incinerators gained traction in the past few years. Several government schemes also recommend them to as an effective way to treat sanitary waste.

Models readily available in the market today, however, do not have appropriate emission control measures and burn the waste at low temperatures, leading to inefficient combustion and, in turn, releasing carcinogenic toxic fumes.

With the prevalent interdictions revolving around menstruation, it is not surprising that menstrual waste management in India remains a silent issue. Sometimes, even the lack of safe disposal options may lead women to use otherwise hygienic products in an unhygienic manner, for example, using a pad for longer than it should be used.

Thus, we at the non-profit Financial Inclusion Improves Sanitation and Health (FINISH) Society, conducted a study. It aimed to improve our overall understanding of menstrual hygiene management services and associated value chains and identify enablers for sustainable sanitary waste management.

The research used a cross-sectional, qualitative and quantitative survey questionnaire. It collected primary data from a group of 243 menstruating women in Tier-1, 2 and 3 cities of India through a non-probability sampling method known as snowball sampling.

Demographic and socio-economic characteristics of the sample population

Since a majority of the study population used non-biodegradable sanitary pads, it was imperative to further learn about their disposal practices and their willingness to shift to environmentally safer products.

As mentioned above, non-biodegradable pads are problematic due to plastic packaging, plastic wings and adhesives and super absorbent (plastic) polymer gels, adding to concerns of tackling plastic waste.

One pad is equal to almost four plastic bags, according to EcoFemme, a women-led social enterprise based out of Tamil Nadu that attempts to revitalise menstrual practices. The average usage of 10 pads produced waste equivalent to 6,600 plastic bags in one menstrual cycle itself, by 165 respondents (68 per cent).

If we take this reference, the estimated sanitary waste generated is mammoth. While 84 per cent of the population was aware of the hazards caused by unscientific disposal, 16 per cent were not.

Another major issue with sanitary waste was its categorisation. In theory, sanitary waste falls under plastic and biomedical waste and should, thus, be incinerated to destroy pathogens. But in practice, it falls under the jurisdiction of SWM rules as domestic hazardous waste. Unless covered properly or marked, this practice poses a serious health risk to waste collectors.

It was also seen that while 45 per cent of the population disposed of sanitary pads in a separate dustbin, 43 per cent still dispose it with other solid waste.

Shifting to alternate products and / or sustainable management of sanitary waste, thus, is the need of the hour. At this juncture, our choice of using a certain sanitary product need not only be driven by discretion, convenience and comfort, but also environmental repercussions.

The willingness to shift towards environmentally safer products was analysed, with 79 per cent of respondents willing to adopt / shift.

While 53 per cent of the population were aware of safer products available around them, convenience and comfort, ease of availability and hygiene concerns were identified as major barriers hindering this shift.

Although alternate products may seem expensive in the shorter run, it can be seen how the options stack against each other in the longer run, that is, in 30 years of total menstruation. So, even if environmentally safer products are expensive than traditional non-biodegradable pads, it offers greater benefits in the longer run.

Menstrual products and practices, thus, should offer an opportunity for us to act decisively and meaningfully. This is an issue that transcends boundaries of time, space and gender.