Nature’s bounty to boost immunity at a Greater Noida village

The human body is a complex and mysterious mechanism of nature: The most intriguing facet is its ability to fight potentially dangerous pathogens.

In the world’s fight against the novel coronavirus disease (COVID-19) pandemic, experts have hailed strong immunity as a key pillar of protection against the virus.

For centuries, mankind has relied on herbal plants to treat medical conditions and boost immunity in natural ways. Plants have been the main components of various traditional medicinal systems such as Ayurveda, Unani, Siddha, Chinese, and so forth.

These herbs enhance the body’s immunity by stimulating activity of phagocytes that fight disease-causing pathogens. The World Health Organization has estimated that about 80 per cent of the population in developing countries depends on traditional medicines for primary healthcare.

Chithara village in Uttar Pradesh has 272 vascular plant species belonging to 203 genera under 69 plant families, which include rich diversity of wild medicinal plants, according to a survey undertaken in 2014-17 in Chithara village panchayat, including the Shiv Nadar University campus in Greater Noida.

At least 96 per cent species were known to have marginal-to-outstanding medicinal properties and uses in traditional medicines.

Explained below are the medicinal properties of 10 valuable plants in Chithara known to boost natural immunity:

Abrus precatorius (Indian liquorice, Ratti) (Family: Leguminosae): The bright red ovoid seeds with a black spot weigh 1/10th of a gram, and were hence used as weighing unit called ‘Ratti’ in ancient India by goldsmiths. Its seeds are said to have immune-modulating properties.

Artemisia scoparia (Redstem Wormwood) (Family: Asteraceae): In addition to their excellent clinical anti-malarial properties due to the presence of artemisinin, these plants possess potent anti-inflammatory properties and help regulate both innate and adaptive immunity. 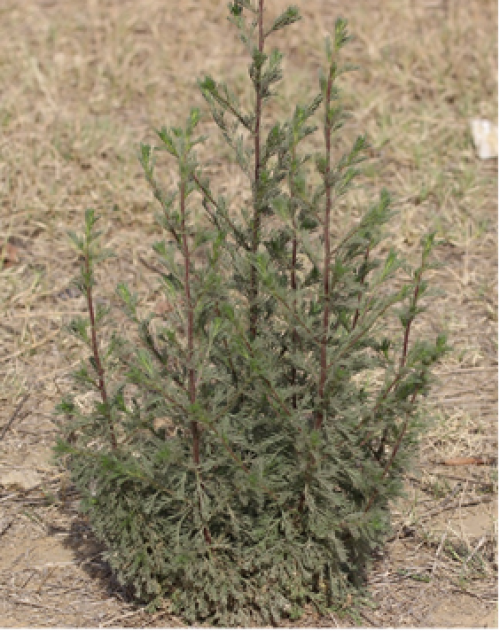 Azadirachta indica (Neem) (Family: Meliaceae): It is a well-known tree used in various systems of traditional medicine since time immemorial. In Sanskrit, it is known as Arishtha, which means ‘reliever of sicknesses’.

Neem bark is known to have strong immunostimulant Neem oil has been shown to possess activity by selectively activating cell-mediated immune mechanisms.

This means they increase resistance by providing hepatoprotection (ability of a substance to prevent damage to the liver) and immune-modulation.

Clerodendrum phlomidis (Sage Glory Bower, Arni, Agnimantha) (Family: Lamiaceae):  It is an essential medicinal plant that is also mentioned in texts since the Vedic period. It is known to boost the immune system, purify blood and cure urinary tract infection. The decoction made from the whole plant is useful in improving strength and immunity following a bout of fever or other ailments.

Physalis peruviana (Cape Gooseberry, Rasbhari) (Family: Solanaceae): It is used in traditional folk medicines as an immunomodulatory drug. It is rich in vitamin C and helps enhance body immunity.

Portulaca oleracea (Purslane) (Family: Portulacaceae): Purslane has been used in folk medicine since ancient times and is included in the World Health Organization’s list of most widely used medicinal plants.

The leaves of the plant are a rich source of omega-3 fatty acids, which is important in preventing heart attacks and strengthening the immune system.

It is considered to be one of the best rejuvenating agents in Ayurveda that helps to maintain proper nourishment of the tissues. It possesses antioxidant, mind-boosting and immune-enhancing properties.