New COVID-19 variants have changed the game, and vaccines will not be enough. We need global ‘maximum suppression’ 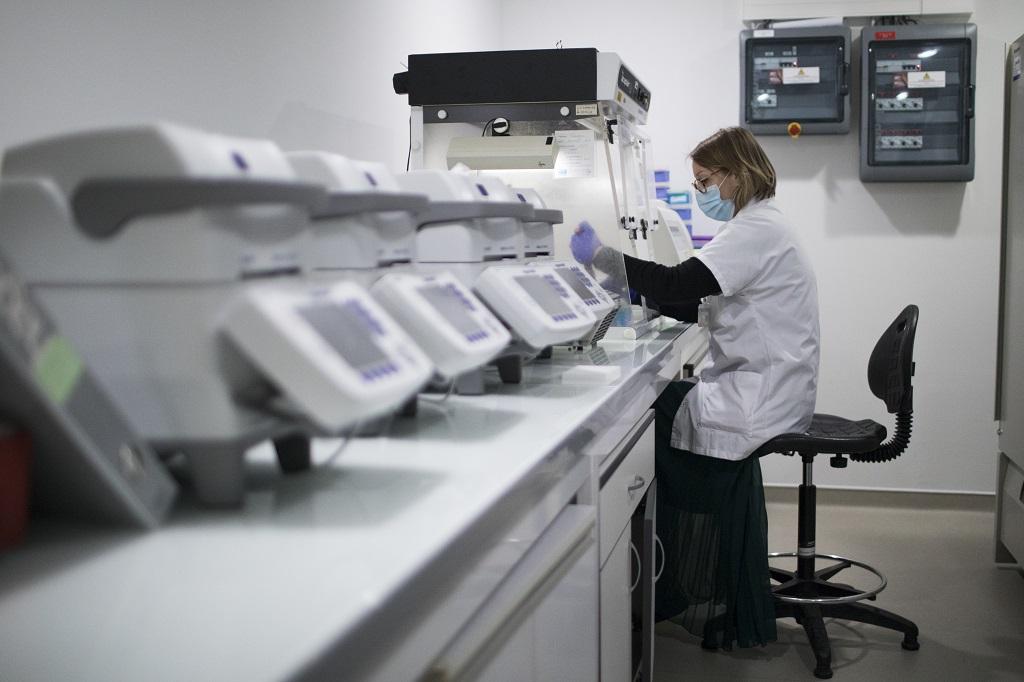 At the end of 2020, there was a strong hope that high levels of vaccination would see humanity finally gain the upper hand over SARS-CoV-2, the virus that causes COVID-19. In an ideal scenario, the virus would then be contained at very low levels without further societal disruption or significant numbers of deaths.

But since then, new “variants of concern” have emerged and spread worldwide, putting current pandemic control efforts, including vaccination, at risk of being derailed.

Put simply, the game has changed, and a successful global rollout of current vaccines by itself is no longer a guarantee of victory.

No one is truly safe from COVID-19 until everyone is safe. We are in a race against time to get global transmission rates low enough to prevent the emergence and spread of new variants. The danger is that variants will arise that can overcome the immunity conferred by vaccinations or prior infection.

What’s more, many countries lack the capacity to track emerging variants via genomic surveillance. This means the situation may be even more serious than it appears.

As members of the Lancet COVID-19 Commission Taskforce on Public Health, we call for urgent action in response to the new variants. These new variants mean we cannot rely on the vaccines alone to provide protection but must maintain strong public health measures to reduce the risk from these variants. At the same time, we need to accelerate the vaccine program in all countries in an equitable way.

Together, these strategies will deliver “maximum suppression” of the virus.

What are ‘variants of concern’?

Genetic mutations of viruses like SARS-CoV-2 emerge frequently, but some variants are labelled “variants of concern”, because they can reinfect people who have had a previous infection or vaccination, or are more transmissible or can lead to more severe disease.

Read more: UK, South African, Brazilian: a virologist explains each COVID variant and what they mean for the pandemic

There are currently at least three documented SARS-CoV-2 variants of concern:

Similar mutations are arising in different countries simultaneously, meaning not even border controls and high vaccination rates can necessarily protect countries from home-grown variants, including variants of concern, where there is substantial community transmission.

If there are high transmission levels, and hence extensive replication of SARS-CoV-2, anywhere in the world, more variants of concern will inevitably arise and the more infectious variants will dominate. With international mobility, these variants will spread.

South Africa’s experience suggests that past infection with SARS-CoV-2 offers only partial protection against the B.1.351 variant, and it is about 50% more transmissible than pre-existing variants. The B.1.351 variant has already been detected in at least 48 countries as of March 2021.

The impact of the new variants on the effectiveness of vaccines is still not clear. Recent real-world evidence from the United Kingdom suggests both the Pfizer and AstraZeneca vaccines provide significant protection against severe disease and hospitalisations from the B.1.1.7 variant.

On the other hand, the B.1.351 variant seems to reduce the efficacy of the AstraZeneca vaccine against mild to moderate illness. We do not yet have clear evidence on whether it also reduces effectiveness against severe disease.

For these reasons, reducing community transmission is vital. No single action is sufficient to prevent the virus’s spread; we must maintain strong public health measures in tandem with vaccination programs in every country.

Why we need maximum suppression

Each time the virus replicates, there is an opportunity for a mutation to occur. And as we are already seeing around the world, some of the resulting variants risk eroding the effectiveness of vaccines.

That’s why we have called for a global strategy of “maximum suppression”.

Public health leaders should focus on efforts that maximally suppress viral infection rates, thus helping to prevent the emergence of mutations that can become new variants of concern.

Prompt vaccine rollouts alone will not be enough to achieve this; continued public health measures, such as face masks and physical distancing, will be vital too. Ventilation of indoor spaces is important, some of which is under people’s control, some of which will require adjustments to buildings.

Global equity in vaccine access is vital too. High-income countries should support multilateral mechanisms such as the COVAX facility, donate excess vaccines to low- and middle- income countries, and support increased vaccine production.

However, to prevent the emergence of viral variants of concern, it may be necessary to prioritise countries or regions with the highest disease prevalence and transmission levels, where the risk of such variants emerging is greatest.

Read more: 3 ways to vaccinate the world and make sure everyone benefits, rich and poor

Those with control over health-care resources, services and systems should ensure support is available for health professionals to manage increased hospitalisations over shorter periods during surges without reducing care for non-COVID-19 patients.

Health systems must be better prepared against future variants. Suppression efforts should be accompanied by:

Read more: Global weekly COVID cases are falling, WHO says — but 'if we stop fighting it on any front, it will come roaring back'

COVID-19 variants of concern have changed the game. We need to recognise and act on this if we as a global society are to avoid future waves of infections, yet more lockdowns and restrictions, and avoidable illness and death.