The world can't contain antimicrobial resistance unless stakeholders from all sectors such as human and animal healths, environment, crops, food and drug come forward and act 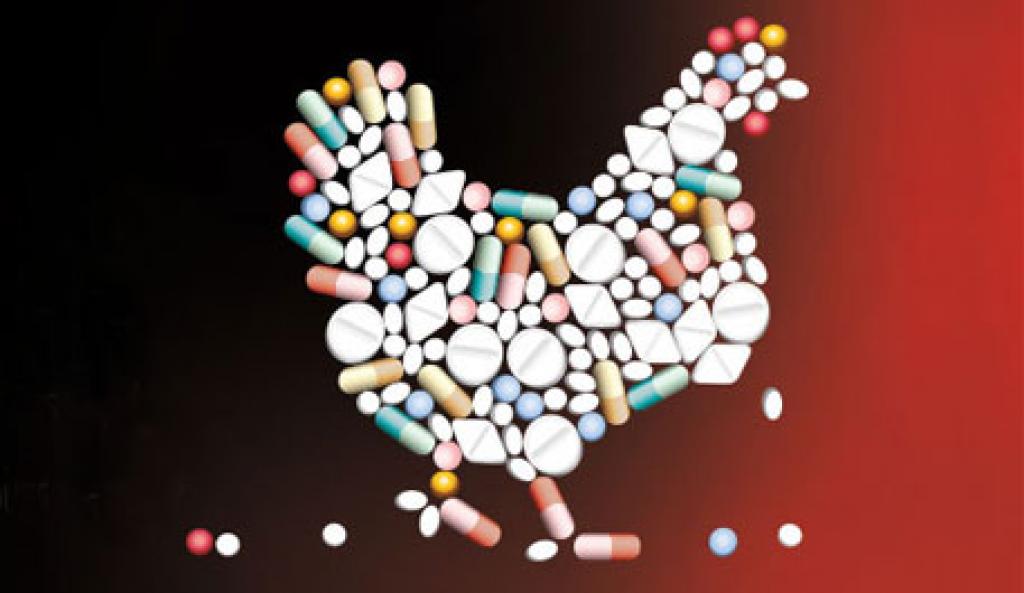 The antimicrobial awareness week being observed across the world in these times of the novel coronavirus disease (COVID-19) pandemic is encouraging. It shows the global community, brutally made aware of how damaging an acute pandemic can be, is taking the message seriously.

The week of November 18-24 is an attempt to prepare or, at least, remind ourselves that we be better prepared.

Countries may choose to deny, underestimate or procrastinate, but it is quite intuitive to believe that antimicrobial resistance (AMR) is a full-fledged chronic pandemic — one that has been killing for years across countries and is estimated to continue to kill in the future. Unless we act.

The chronic character makes it a silent pandemic. This explains why AMR does not invoke panic about the damage it causes — similar to what the world is seeing these days. And a close look at the scale of this damage suggests it has the potential to cause huge cumulative damage.

According to the same estimate, 90 per cent of the deaths would be in Asia and Africa. This suggests the developing world would be heavily impacted and, therefore, has a greater reason to clean up.

It is the worst-case scenario but give a sense of how damaging AMR can be.

It can affect the outcome of all kinds of bacterial infections: Any such infection can turn deadly if it becomes untreatable due to the lack of effective antibiotics. This is the big worry.

On the one hand existing antibiotics are becoming ineffective. On the other, the pipeline for new antibiotics remains dry.

This is also a time to take a stock of where we are, particularly, of the last five years: The World Health Organization’s Global Action Plan kicked in 2015 and was later endorsed by the Food and Agriculture Organization of the United Nations and the World Organization for Animal Health. It has generated a momentum to tackle AMR.

It is heartening that the global community, stakeholders and countries are coming up with new assessments and evidence to create and strengthen the awareness this week. But this is also a time to look back and see how far the world has reached compared to what was planned?

In the context of developing countries, the most important issue is that the National AMR Action Plans are struggling to move as planned.

There is progress in planning, policy and guidelines by national stakeholders, but implementation of the action plans is affected by bigger challenges. There are several reasons.

One, the AMR issue is still largely driven by healthcare ministries and sectoral stakeholders. Unlike the animal sector stakeholders, who focus on productivity, their main agenda of protecting human-health aligns with the AMR agenda. This enables them to bring in more trained human resources in combating AMR, but it is a constraint for the animal and environment sectors.

To add to this, the national presence of the World Health Organisation (WHO) is stronger and active than the other members of the tripartite and the United Nations Environment Programme.

So far, this has led AMR to be a human healthcare agenda rather than truly a One-Health agenda despite some efforts made in this direction. This gets reflected in the limited support and buy-in from other sectors like that of animal-health and environmental management.

The other big reason for such slow progress is the lack of dedicated budgets allocated by country governments for addressing AMR, which creates dependence on donor agencies. This surely indicates that the political commitment being talked about as a must is still largely on papers.

Another big issue is that stakeholders from the national animal and food sector remain apprehensive of rearing food without antibiotics. Their belief in intensive food production systems as a solution to food security concern remain stronger.

They have not really come together to systematically make a case that supports the non-chemical (non-antibiotic) way of producing food such as through the use of alternatives, better biosecurity and good animal husbandry practices.

They have struggled to figure out how much of the current practices are just due to the bad habit or ignorance of the farmers or are commercially driven.

So, there has been no real challenge to the bad habit or easy substitutes despite knowing that such practices are not sustainable for health as well as the environment. There are examples of best practices in other parts of the world, which could be adopted.

Farming or rearing animals for food without antibiotics did not really get a chance to prove itself and there is limited focus on solutions.

As a result, plans to mitigate transitional risks are missing, alternatives are not promoted, incentives are not created or institutionalised. Most importantly, awareness about how to grow food without antibiotics is not created among farmers and producers.

Farmers still use growth promoters and countries continue to allow the use of antibiotics to prevent diseases.

The use of critically important antibiotics is still a common practice and antibiotics are still available without prescription and waste from farms still not managed as it should be.

The situation is the same for agricultural stakeholders who are yet to take concrete measures to reduce antibiotic misuse in crops.

The United Nations Environment Programme (UNEP) was been roped in a couple of years ago, but its role and contribution are not clear.

There are hardly any technical guidance to contain AMR from waste and environment —how to set discharge limits of antibiotics in waste; how to manage waste from different sources (farms, factories, healthcare settings, households, etc).

AMR and the environment is a complex and cross-sectoral issue. The scientific community is still figuring out AMR transmission paths.

National environmental stakeholders, however, seem to have recognised the problem and seem keen to address it. This is possibly because there is no competing interest as in the case of the food and animal-health sector. Their mandate of not allowing chemicals in the waste to pass into the larger environment aligns well in case of antibiotics too.

But these efforts are again marred by challenges such as limited understanding on what to do and how to do. Then it is about the lack of capacity as well as funds for resource-intensive work like monitoring of antibiotics in the environment.

What is clear is that the world will never be able to contain AMR unless stakeholders from all sectors such as human health, animal, environment, crops, food and drug come forward and act. They must act and act now in the spirit of a true One-Health approach.

Based on the authors’ experience of working with stakeholders in India and African countries.