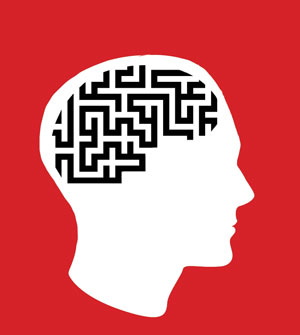 A Beautiful Mind, the 2001 biopic on the economics Nobel laureate John Nash, poignantly captured the brilliant mathematician’s painful struggle with schizophrenia, a disease of the mind that blurs the distinction between reality and fiction. Even though he managed to quieten his imaginary demons in the end by willfully disciplining his delusional self, he just couldn’t wish them away—the film concludes with him walking out of a Princeton University building, peering sheepishly at his imaginary tormentors standing nearby, suggesting that the dreaded disorder is life-long.

Schizophrenia has a halo of mystery around it. Ever since the Swiss psychiatrist Eugen Blueler coined the word in 1908, scientists and psychiatrists have quibbled over its nature and origins. Geneticists looked for its roots in faulty genes; some psychiatrists suspected environmental provocations such as pollution, stress, and substance abuse; neurologists blamed it on faulty neural circuits; some psychoanalysts pined it down to a person’s inability to separate his/her own thoughts from external sensations; and then, there are those who believe it is socially constructed.

This month, the genetic glitch theory assumed centrestage as gene-hunters reported the first-ever sighting of the pugmarks of their elusive quarry. Scientists at the Massachusetts Institute of Technology scanned the genetic maps of over 65,000 people across the world and concluded, for the first time, that particular aliases of a gene called C4 might be sending adolescent brains into a perceptual tailspin.

This gene, which usually tips off the immune system about suspicious-looking pathogens, is also responsible for synaptic pruning, which refers to a continuous lopping of unnecessary or outdated neuronal branches in a constantly evolving brain-tree. The researchers believe that this pruning goes haywire in some individuals as a result of a mutant gene gone berserk, giving rise to the various spectres of schizophrenia. The scientists are hopeful that this breakthrough would eventually lead to new drugs. But talk of drugs is a tad premature, as genetic detectives first have to find which among the many C4 gene mutants might be behind the neuronal mayhem, which is nothing short of looking for a needle in a haystack.

Geneticists may also take a sobering cue from the not-so-cheerful saga of antipsychotics, drugs developed in the 1950s to take the edge off some of the more nasty symptoms of schizophrenia. These drugs, which are still used widely, were based on studies that showed that drugs such as LSD and amphetamines provoked an overkill of a brain chemical called dopamine, causing symptoms similar to those seen among schizophrenics.

However, while these drugs did make the condition less hellish, they had terrible side-effects. Apart from causing physical discomforts such as weight gain and diminished muscle coordination, the drugs damaged the patient’s ability to remember or focus, which made performing even ordinary tasks very difficult. Besides, as some studies have indicated, these drugs probably push schizophrenics to the brink of suicide. More tellingly, a 2014 Dutch study concluded that patients recovered far better if taken off drugs. In other words, they did not slide into a relapse.

This backlash against antipsychotics has led to new ways of treating schizophrenia. The most talked about is the talking cure—a therapy honed and popularised by the 19th century Austrian physician Joseph Breuer, and later embraced by Sigmund Freud. In fact, a recent US study found that patients who were administered a recipe of low drug-dose, talking therapy and family comfort healed far better than those who were kept on drugs alone.

It may be too soon to expect the world to abandon antipsychotics altogether. Nevertheless, one can clearly track a movement in the opposite direction. Britain’s National Health Scheme now offers talking therapies to all schizophrenics, while Finland has impressively cut down on the use of drugs. Other societies would do well to walk the talk when it comes to treating those teetering precipitously on the edge of perception.