This is how rich nations protect profits of multinational pharma firms

When rich nations insist on patent linkage provisions in bilateral and regional trade pacts, there is a way out

Developed countries try to impose higher standards of IP protection, or TRIPS plus, in bilateral and regional trade agreements and their impact is primarily felt in the health sector. Credit: Getty Images 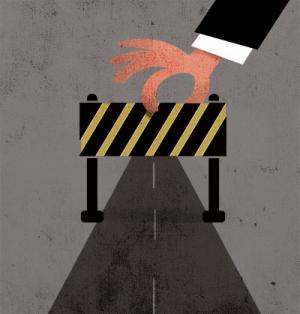 There are many ways in which the canny developed nations have sought to use intellectual property (IP) laws to impose huge burdens on poor nations over and above what is mandated by the World Trade Organization requirements known as the Agreement on Trade-Related Aspects of Intellectual Property Rights (TRIPS). Developed countries try to impose higher standards of IP protection, or TRIPS plus, in bilateral and regional trade agreements and their impact is primarily felt in the health sector. Such requirements are intended to protect the profits of multinational pharma firms by preventing the entry of generic versions of a patented product that are infinitely less expensive.

TRIPS plus can consist of various measures and one such is patent linkage (PL). This is the practice of linking marketing approval for a drug to the patent status of the originator drug in order to prevent marketing approval of generic drugs until after the expiry of patents covering the drug. What it means is that companies seeking marketing approval have to prove to the Drug Controller General that the pharma product for which they are applying is not protected by a valid patent.

This kind of law forces drug regulatory authorities to ensure that there is no patent on drugs that they approve. India does not allow PL. The rationale for this was established in 2008 when the court dismissed a petition by the German drug giant Bayer objecting to the grant of marketing approval for Cipla’s generic version of its drug Sorefanib.

That has not stopped major trade partners from trying to sneak in PL demands in the free trade agreements they are negotiation with India. While India has so far been steadfast in its refusal to accept TRIPS plus requirements there is no saying what the government will do under pressure. There is, it seems, a way out of the problem: India’s Commerce Ministry officials should keep the text of the trade agreements ambiguous. This would allow low and middle income countries (LMICs) to exploit the “constructive ambiguities” in the text of the trade treaty to mitigate the impact of PL mechanisms and keep the generic drugs flowing.

So says the just published report “Moderating the impact of patent linkage on access to medicines: Lessons from variations in South Korea, Australia, Canada and the US” which makes no bones about what the inclusion of such a provision entails.

The report, published in the journal Globalization and Health says: “Patent linkage has been shown to have a detrimental effect on access to medicines, by delaying generic market entry and allowing the high prices of originator medicines to remain unrestrained by generic competition.” The report is based on a study of how PL mechanisms have been implemented in the three countries with which the US has trade pacts and gives examples of how “constructive ambiguities” can be exploited by LMICs to mitigate the worst effects of this requirement in future agreements.

It also warns of ways in which PL might also “impede the use of compulsory licensing, despite being a recognised flexibility within TRIPS”. To prevent this risk, the report urges LMICs to put in place domestic legislation that ensure essential exemptions to PL.

Is the Commerce Ministry paying attention?

(This article was first published in the 16-30th November issue of Down To Earth under the headline 'The trick is in the treaty text').