How well can miRNA expression analysis perform in identifying prediabetes and full-blown diabetes? 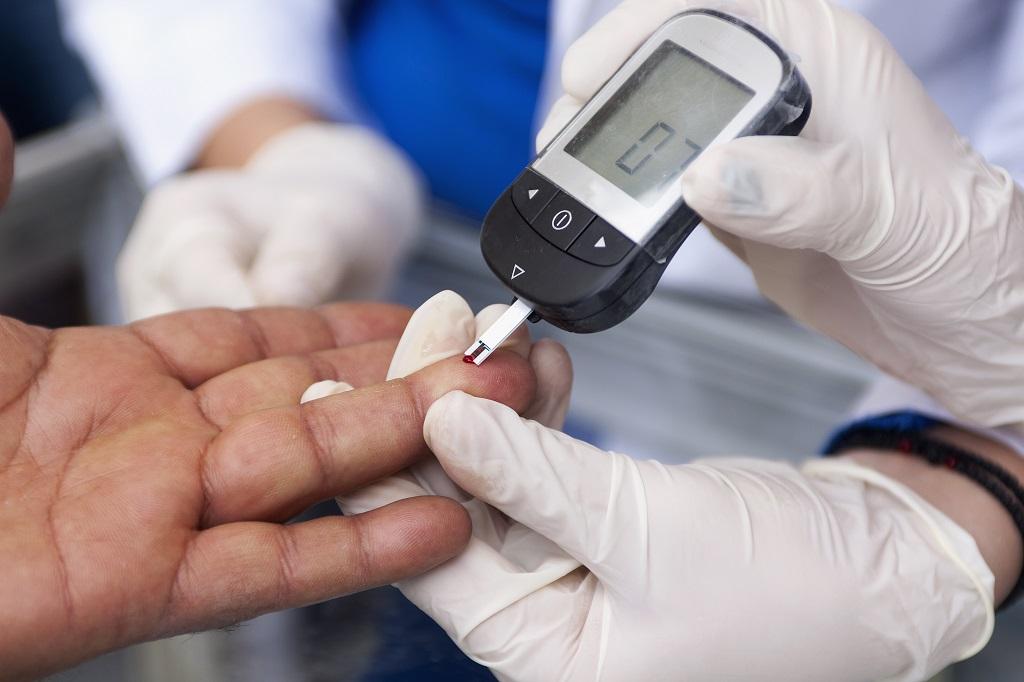 Type 2 diabetes is characterised by elevated blood glucose levels. This can cause complications that lead to damage to the kidneys, nerves, and the retina in eyes. Other complications can lead to heart diseases and diabetic foot ulcers, which eventually require amputation.

Until fairly recently type 2 diabetes was considered a major health issue only in developed countries. But there’s been an increase in prevalence in developing countries. This has been attributed to rapid urbanisation, increased fast food consumption and general lack of exercise.

The diabetes crisis is forecast to worsen. According to the International Diabetes Federation, African countries can expect an increase of up to 143 per cent in the number of people with diabetes by 2045. Its latest report shows that South Africa has the highest prevalence of diabetes on the continent, and the highest number of diabetes-related deaths. The country’s diabetes-related expenditure — 23 per cent of the total health budget spent on the management of the disease in 2019 — is also the highest.

The rise in diabetes cases needs to be curbed to ease the demand on healthcare systems. To achieve this, new and innovative ways of assessing the levels of risk people face from diabetes are needed. These must be specific to populations on the continent.

My colleagues and I are involved in research aimed at integrating genetic mechanisms and risk factors associated with diabetes and its associated complications, specifically in an African setting. In particular, we have done research on diabetes diagnosis. Our research aims to shed light on new avenues for assessing diabetes risk.

Conventional methods of diabetes diagnosis and management include the oral glucose tolerance test and the HbA1c test. But these have serious shortcomings.

The glucose tolerance test is cumbersome and time-consuming. It also requires a person to fast before having blood drawn. They are given a glucose solution and blood samples may then be drawn at different intervals. The aim is to measure how well, or poorly, their body is able to return their glucose levels back to normalcy.

There are also concerns about the overall accuracy of these tests.

For its part, studies have shown that the results of the HbA1c test may be compromised by factors such as age, ethnicity and anaemias.

All this points to the need for novel, and more sensitive approaches to diabetes diagnosis and therapy.

One area of research that appears to offer the promise of a solution is the booming field of epigenetics. This field of study looks at how our behaviours and surrounding environment may induce genetic changes that predispose us to certain diseases.

When it comes to diabetes, microRNAs (miRNAs) have been the “talk of the town” in the past decade. These molecules control which proteins are developed, and which proteins aren’t. Abnormal expression of these miRNAs may result in reduced amounts of proteins involved in essential bodily processes, or an overproduction of proteins which may have adverse effects. The underproduction of a miRNA involved in insulin production ultimately leads to reduced insulin levels and uncontrolled glucose levels in the blood.

Emerging evidence suggests that altered expressions of these miRNAs may either precede or play a role in the development of diseases such as type 2 diabetes.

The study of genetic mechanisms such as miRNAs is known as epigenetics. This is an umbrella of various mechanisms revolving around genetic changes that may occur due to our habits and surrounding environment. These adverse genetic changes may subsequently result in increased risk of disease.

Our surroundings and how we live govern our predisposition to developing certain lifestyle-oriented diseases, such as type 2 diabetes. Research focus must shift towards understanding the complex interplay between our genetic make-up and the environments we live in. Doing this will redefine therapies and management of lifestyle diseases and curb their growing prevalence. One such avenue is research in miRNAs.

MicroRNAs in prediabetes and type 2 diabetes

We observed higher levels of the miRNAs in the prediabetic and diabetic groups, in comparison to the normal group. There was more of an increase in the prediabetic group versus the normal group. This told us that for some reason, people with early-stage diabetes have higher levels of these miRNAs. This could indicate that this is either a compensatory response by the body to curb the disease progression, or a knock-on effect of disease progression.

Either way, our results showed that measuring the expression of these miRNAs could be used as a tool for potentially identifying people with prediabetes.

Our next question was: How well can miRNA expression analysis perform in identifying prediabetes and full-blown diabetes, in comparison to known and acknowledged tests?

To answer it, we statistically compared the use of the two miRNAs to that of the HbA1c test. The results showed that the miRNA 182-5p outperformed the HbA1c test in distinguishing prediabetes. This demonstrated that the miRNAs, in particular 182-5p, could be considered as potential novel biomarkers in identifying people at risk of developing diabetes early enough for interventions to be implemented.

In the light of advances in epigenetics research, doors are slowly beginning to open when it comes to personalised treatment regimens and disease management. Considering the influence our surrounding environment has on our health, scientists have begun exploring suggestions that treatment approaches specific to population groups in a particular region may be the future, particularly when it comes to lifestyle-oriented diseases.

Our findings are important because they underscore why personalised approaches and interventions offer potential solutions to designing innovative new breakthroughs in medicine. Identifying genetic trends that are specific to our population, such as these miRNAs, may improve overall diagnostics, therapy and management of type 2 diabetes.

This would, in turn, alleviate the pressure on healthcare systems.