When Big Pharma has all the answers

IFPMA, the biopharma trade body, has made its claim clear: COVID-19 vaccine management should be left to these handful of companies; and all blames lie with governments 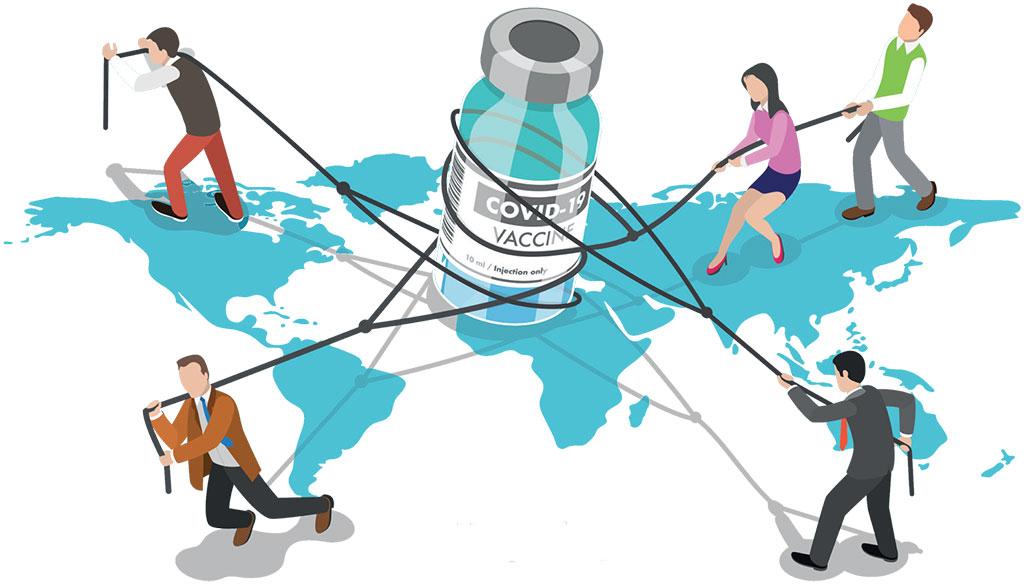 The prognosis of the novel coronavirus disease (COVID-19) pandemic is getting gloomier and more worrisome. The prospects of a return to normalcy any time soon have been dispelled by epidemiologists, immunologists and other kinds of scientists who study influenza, public health and the like.

They predict that there will be fresh outbreaks in several parts of the world, closures of schools and businesses again, more deaths — but probably less than in the second wave which hit India very hard — and hospitals could be inundated.

As experts have warned us time and again, the only way to control the pandemic is through vaccinating most of the population; at least 90 per cent of it. Even then, we may never be able to eradicate the new SARS-CoV-2 since the virus is here to stay in some form or another.

Vaccination provides some kind of immunity, which is why countries have been scrambling for doses to protect their people. At the last count (September 22), more than six billion doses had been administered to people in 184 countries, but in the most jarring and lopsided way:

Besides, some countries have stockpiled enough doses to vaccinate their citizens five times over. It is now a “pandemic of the unvaccinated”, as United States health officials describe it.

With the highly transmissible Delta variant inflicting fresh havoc, the outlook is worrying even in the US, Canada and much of the European Union. A late-August McKinsey analysis listed lower-income and many middle-income countries as the most vulnerable.

These at-risk countries have not been able to procure enough doses to cover much of their populations. So the projections are that it is likely to take until late 2022 or even early 2023 for them to achieve high vaccine coverage. How long it will take for them to manage the burden of COVID-19 as an endemic disease is anyone’s guess.

Mckinsey says its analysis supports the view of others that “the Delta variant has effectively moved overall herd immunity out of reach in most countries for the time being”. The biggest risk is the emergence of newer variants that are more transmissible and more liable to cause deaths and, worse, capable of infecting people who have been vaccinated.

It was against such a backdrop that one heard the big boys of the pharma industry tell us recently that they had matters well in hand. The sense of unreality was heightened when, at an online press briefing in early September, leading vaccine manufacturers (Pfizer and Johnson & Johnson) claimed that there would soon be enough vaccines to immunise everyone. By early next year, supply would very likely outstrip demand.

Yes, the world would have more vaccines than needed.

The briefing was organised by the International Federation of Pharmaceutical Manufacturers and Associations (IFPMA), trade body of the global innovative biopharma industry, and the main point it made was that the management of COVID-19 vaccines should be left to the handful of companies leading the rollout.

The message clearly was that people should stop bleating about waiver of intellectual property rights (IPR) and let this cohort get on with the job. Global networks of partners to supply raw materials and increase production had already been set up, so bringing in new players would be a waste of time. The need of the time is for people who know how to produce such vaccines to optimise their capacities.

In fact, a simple question on whether the vaccine makers would support a temporary waiver of iprs to facilitate increased production and ensure equitable distribution provoked a dismissive rejoinder.

“It took us 18 months with our existing plants, knowledge, staff and validated systems to make these vaccines. There will be enough vaccines, so let us focus on that.” Besides, tech transfers were being made to selected collaborators in all continents.

But if the World Health Organization (WHO) was insistent on setting up a tech transfer hub in South Africa, it was not the concern of these companies. Both Pfizer and J&J reminded participants at the briefing that they already have such agreements in place with companies of their choice. In short, these are all distractions.

The outright rejection of any need to lift IPRs should tell those championing this measure at the World Trade Organization (WTO) that they are fighting a hopeless battle. The waiver proposal was moved almost a year ago at WTO and it has made no headway at all, even though the US has, ostensibly, backed it. The Joe Biden administration has not lifted a finger to push the proposal forward.

The IFPMA briefing was revealing in many ways. The self-congratulation was hard to ignore, but it was perhaps justified to some extent because of the record time in which the vaccines were developed, as also the scale-up.

As IFPMA repeatedly points out, production went up from zero to 7.5 billion vaccine doses (expected production at the end of September) in just nine months. By January 2022, it claims, there will be sufficient doses to vaccinate every adult on every continent.

But what of the humongous profits the leading vaccine companies are making? What of equity in reaching the jabs to poor nations?

For this, too, the companies have a ready answer. Pfizer’s Albert Bourla says the vaccines are very reasonably priced: They cost the same as a meal in high-income countries, half that in middle-income countries and are supplied at cost to low-income countries. As for vaccine equity, don’t doubt it; companies are committed to the idea.

J&J says it has earmarked one billion doses for poor countries, while Pfizer claims that 41 per cent of its doses have been earmarked for middle- and low-income countries.

Both vaccine-makers blame rich countries for the inequity in vaccine access, pointing out that even if governments in G7 countries vaccinate teenagers and adults and decide to give boosters to at-risk populations, there would still be over 1.2 billion doses available for redistribution in 2021 alone.