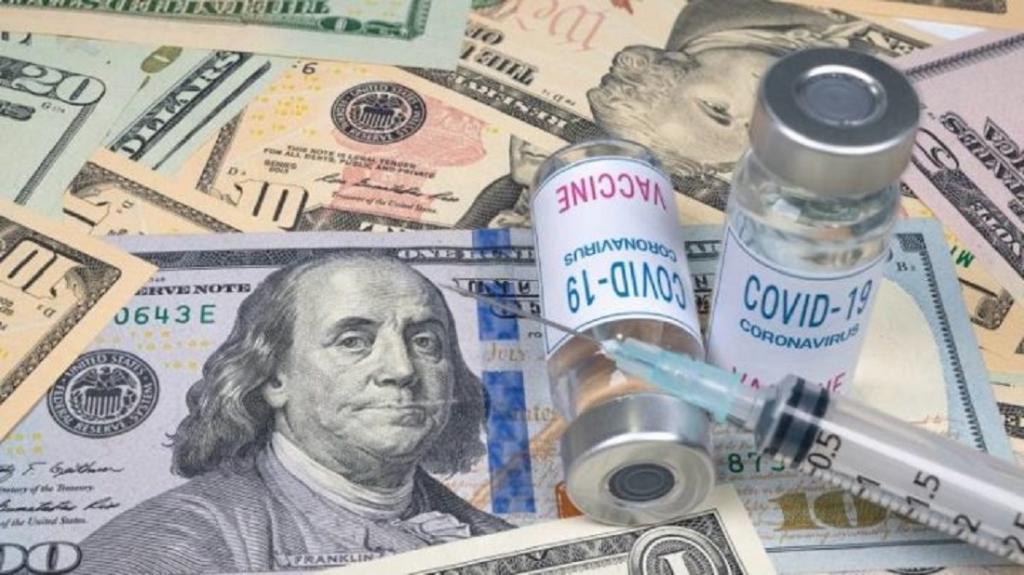 The recent joint statement by the leaders of the Quadrilateral Security Dialogue, comprising the US, India, Japan and Australia, has not foregrounded the military axis of their meeting but stressed more on the vaccine thrust against the COVID-19 pandemic.

With several countries confronting the threat of a second or third wave of the virus, vaccines are emerging as the centerpiece of not only global recovery but also global diplomacy. That is why the Association of Southeast Asian Nations (ASEAN), with its 700 million people and its huge market, is at play in vaccine competition between the US, its Quad allies and China. Lost in this diplomatic game is the dire need to fight together as humanity against what is essentially a civilizational challenge of the COVID-19 pandemic.

The US belief in its exceptionalism isolates it from the rest of the world on the issue of vaccines. Firstly, its self-declared goal is to reserve its vaccine supply for itself till it has vaccinated its population and only then provide vaccines to other countries.

This is similar to the famous—or infamous—analogy of putting on oxygen masks in the depressurized cabin of an aircraft: “You put on your own first, and then… help others.” So exports of the mRNA vaccines—produced by Moderna and Pfizer—from the US to other countries for the next six months are unlikely, except for some amounts going to its close European allies and Israel.

Secondly, the ultra-cold chain requirement and the high cost of the vaccine precludes these mRNA vaccines from being used by most of Asia, Africa and even Latin America. Thirdly, the US and other rich countries refuse to consider allowing dilution of the profits that companies obtain through their intellectual property rights over the vaccines. Even if vaccine production is idling in many countries, they cannot produce the successful vaccines, as proprietary knowledge to produce these vaccines will not be shared by the companies.

Vaccine production is not just about patents but also other forms of intellectual property, such as trade secrets. Reverse engineering the whole vaccine technology during a raging epidemic is not a worthwhile option.

That is why South Africa and India, supported by a large number of countries and civil society groups, have asked for a temporary waiver of certain TRIPS obligations on copyrights and related rights, industrial designs and patents during the COVID-19 pandemic. Predictably, it has been opposed by the rich countries: The US, the UK, the European Union, Japan and Australia. Profits for Big Pharma trump human lives even during a global epidemic.

The Western world expected that while the high-cost mRNA vaccines requiring stringent ultra-cold chain storage would be used in the rich countries, the rest would make do with Oxford-AstraZeneca and other vaccines in the Western companies’ pipeline. Generic vaccine manufacturers in other countries would then produce these vaccines under license from Big Pharma. The Serum Institute of India, the world’s largest vaccine manufacturer, has tied up with AstraZeneca for producing Covishield.

For the US, its vaccine battle is to keep Russia and China from entering various regions. As COVID-19 cases continue to rise in many countries, keeping Russian and Chinese vaccines out means being able to provide other countries, especially in the Global South, with other vaccines. The Serum Institute’s alliance with AstraZeneca is the cornerstone in the US battle of denying Russia and China vaccines markets in Latin America, Europe, Asia and Africa.

The dismal performance of the European Union on vaccine rollout was unfortunately compounded by the temporary stoppage of the use of AstraZeneca’s vaccine by many European countries due to the alleged risk of formation of blood clots as a possible side effect of the vaccine. Though the European drug regulator, European Medicines Agency (EMA), has now given it a green signal holding that the risk is low against the far more significant benefits of vaccination, it may increase the vaccine hesitancy that already exists in Europe.

AstraZeneca’s vaccine had earlier been backed by the World Health Organization, the UK and the Indian regulator, which like the EMA determined the vaccine’s gains outweigh its risks. The US Food and Drug Administration and other regulators have yet to clear the AstraZeneca vaccine, even though the US is holding a large stock of its vaccine.

With many EU countries seeing a spurt in numbers of COVID-19 cases recently, China and Russia have stepped into this vaccine breach. Hungary and Serbia are using Russian and Chinese vaccines, with Serbia emerging as one of the countries with the highest proportion of its people vaccinated. The EMA, after initially stonewalling Russia’s Sputnik V vaccine, is currently reviewing it. But many European countries are not waiting for the EU regulator, striking their independent deals with Russia and China. Italy is even proposing to start manufacturing Sputnik Vdomestically.

The US used its clout to try to keep the Russians and Chinese out of Latin America and promote US vaccines. However, even countries favorable to the US found Pfizer’s demands on availing its vaccine equivalent to holding countries to ransom during a pandemic. Argentinian officials said that Pfizer “demanded more than the usual indemnity against civil claims filed by citizens who suffer serious adverse events after being inoculated” and even cover potential damages as a result of “Pfizer’s own acts of negligence, fraud, or malice.” To add insult to injury, Pfizer asked Argentina to pledge its “sovereign assets—which might include federal bank reserves, embassy buildings, or military bases—as collateral.” Negotiations with Brazil also broke down due to similar demands.

Both Argentina and Brazil have now turned to Russia and China for vaccines. Argentina has placed orders for 25 million doses of the Sputnik V vaccine. Argentina has opened the door to Latin America for Russia, with Sputnik V orders from Mexico, Bolivia, Venezuela, Nicaragua, Honduras and Guatemala following Argentina’s orders. Mexico has bet big on Chinese vaccines as has Chile. Chile is now accepted as one of the countries that are emerging as a champion on the quick vaccination of its people, outpacing even the UK and the US in the number of people vaccinated per hundred. The bulk of these vaccines are the 10 million Sinovac doses Chile has received from China.

Meanwhile, the fight against the virus in Brazil has been a disaster under its President Jair Bolsonaro, with spiraling death rates and its hospitals again nearing the breaking point. Earlier, Bolsonaro derided the Chinese vaccines. The US Department of Health and Human Services proudly described in its 2020 Annual Report how it persuaded Brazil to reject the Russian COVID-19 vaccine. With the new COVID-19 variant that arose in Brazil, reinfecting many people who had been infected earlier, Brazilians have realized the senselessness of the decision made by Bolsonaro in rejecting the Chinese vaccines. A chastised Brazilian government is now procuring vaccines from Sinopharm, a Chinese state-owned company, and Sinovac, a Beijing-based biopharmaceutical company, and also entering into production arrangements for these vaccines.

Africa is looking at the WHO’s Access to COVID-19 Tools (ACT)-Accelerator program and its vaccines pillar of COVAX, as well as to China and India, to procure vaccines. Contrary to what the US has been claiming, the WHO’s COVAX platform is not under Chinese influence, but under the control of the vaccine alliance of the Coalition for Epidemic Preparedness Innovations and Gavi, the co-leader of the project, with the Bill and Melinda Gates Foundation playing an outsized role there.

COVAX has been reluctant to accept either Chinese or Russian vaccines and has bet heavily on AstraZeneca’s vaccine licensed to the Serum Institute. With AstraZeneca running into difficulties, only 237 million doses (two doses for approximately 118.5 million people) of its Covishield vaccine will be delivered by the end of May 2021 to 142 countries that have signed up for the COVAX facility. Pfizer is making available a paltry 1.2 million doses in the first quarter of this year, subject to countries providing them with immunity for any damages due to the vaccine. At this pace, the poorer countries will have to wait till 2025-26 before their entire population is vaccinated.

This brings us back to the recent Quad statement on vaccines. The US’s play here is that Japan pays for the vaccines, India manufactures them, and Russia and China are kept out of the ASEAN countries. Unfortunately for the US, major ASEAN countries—Indonesia, Malaysia, Thailand—are already using Russian or Chinese vaccines. Indonesia has ordered 50 million doses of China’s Sinovac vaccine and 60 million doses of its Sinopharm vaccine. Malaysia has ordered 6.4 million vaccine doses of Sputnik V from the Gamaleya National Center of Epidemiology and another 12 million doses of the Sinovac vaccine. These countries are unlikely to stop their procurement from China and Russia for future uncertain deliveries of AstraZeneca, given that AstraZeneca is currently not able to fulfill its European and WHO commitments.

Unlike the US, the EU and the UK, countries such as India, Russia and China are offering vaccines to others while also vaccinating their people. As I have written before, the rich countries are hoarding vaccines while denying vaccines to other countries. “So far, all of Moderna’s doses and 96 percent of Pfizer/BioNTech’s have been acquired by rich countries,” according to a report published by People’s Vaccine Alliance. Remember Bayer CEO Marijn Dekkers’ quote in 2013 regarding a cancer drug? He said that “the company designed medicines ‘for Western patients who can afford it’ not for the ‘Indian market.’”

As the current rising COVID-19 case numbers from Brazil, Europe and India indicate, herd immunity will come only when the bulk of the population is vaccinated. Countries understand that and are willing to take vaccines from whoever is prepared to offer them, and at reasonable prices. It only shows ignorance on the part of the US and its allies who believe that vilifying Russian and Chinese vaccines with a return to Cold War rhetoric is enough for people to wait indefinitely for “superior” Western vaccines, that too at prohibitive prices. India and other countries in the Global South would be better off with a foreign policy of strategic autonomy than tying themselves to the US’s vision of the containment of China. Fighting the pandemic demands that all nations cooperate rather than play a zero-sum game to determine who wins and who loses with each other.

This article was produced in partnership by Newsclick and Globetrotter

This article was first published on Pressenza