Water levels in the Kosi and other rivers are likely to rise further this week because of heavy rains in Nepal from August 13. Heavy rainfall will also impact north-east India

Water levels in the Kosi and other rivers are likely to rise further this week because of heavy rains in Nepal from August 13. Heavy rainfall will also impact north-east India

Some days ago a major landslide blocked the path of Sun Kosi river in Nepal in the Sindhupalchok district, near the capital Kathmandu, for many hours, leading to the formation of an artificial lake. Controlled blasts were carried out to clear the landslides and then the water gushed towards Bihar, leading to fear of floods and forcing the authorities to undertake massive evacuation in northern Bihar. However, as the flood threat receded, people went back to their villages in the flood-prone Kosi region in Bihar. 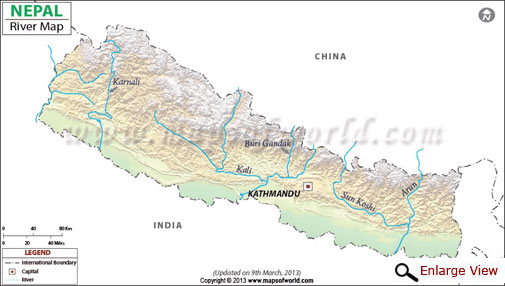 Nepal’s three biggest river systems—Kosi, Gandaki and Karnali—originate in the high mountain glaciers, flow through the country and then enter India through the state of Bihar. During the monsoon season, these river systems often get flooded due to heavy rains/landslides in Nepal which create floods in India’s most flood prone state—Bihar. About 76 per cent of the population living in northern Bihar live under threat of floods due to these river systems and a total of 73.06 per cent of the total geographical area of Bihar is flood affected (mostly during the monsoon). The history of floods in Bihar from 1998 to 2012 reveals how strong discharges of water due to heavy rains in the catchment areas of Nepal have created a strong pressure on the river embankments in India. 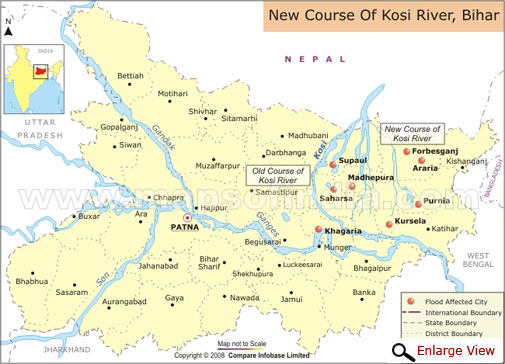 What’s cooking in the atmosphere? 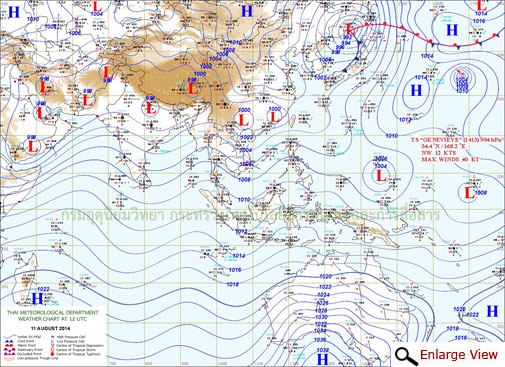 A few days ago I had mentioned about the upcoming heavy rains in Nepal. Let’s have a look at what’s happening in the atmosphere now.

The attached image shows the pressure of air at the surface level at 12 UTC on August 11. One can see "(L) 998" is written in red around a circle near south-western Nepal. That’s a low pressure area—a kind of monsoon depression which came from the Bay of Bengal some days ago. It’s not that intense right now as compared to the previous few “monsoon depressions” which brought heavy rains in Central India but it will be moving closer to Nepal (due to the winds at the upper levels of troposphere) and will be strong enough to trigger heavy rains in a wide corridor along the Himalayas, which include Nepal, Bhutan, Arunachal Pradesh, Assam and Sikkim and moderate rains in the other states of north-east India. Rainfall is also expected in Bihar and surrounding states like Jharkhand, West Bengal and Chattisgarh due to this effect.

Heavy rains are expected to commence from Wednesday, August 13 and continue till Saturday, August 16, which will also elevate the chances of landslides in the hilly areas of Nepal, Bhutan, Arunachal Pradesh, Assam and Sikkim. Hence, due to the rains, the water levels in these rivers in Nepal and India are expected to rise. As the rivers are already flowing close to the danger level, it’s likely that due to heavy rains water levels will rise further (above danger level at many places) and cause flooding in Bihar (apart from that in Nepal) in the areas close to these rivers, particularly in the Kosi basin. Some flooding is also likely in Assam in this period. The situation in Bihar will also depend on things like at what rate Nepal releases the dam water.

Precautions to be followed
The situation must be carefully monitored by India and Nepal together. People living in the flood-prone areas of Bihar must follow some precautions:

1) Pay attention to alerts from local authorities and co-operate with them, especially if they ask people to evacuate on a short notice.

2) In case of evacuation plans, keep a stock of necessary items like drinking water, food, medicines and clothes.

When a flood or flash flood warning is issued for your area, head for higher ground and stay there.

• Stay away from floodwaters. If you come upon a flowing stream where water is above your ankles, stop, turn around and go another way. Six inches of swiftly moving water can sweep you off of your feet.

• If you come upon a flooded road while driving, turn around and go another way. If you are caught on a flooded road and waters are rising rapidly around you, get out of the car quickly and move to higher ground. Most cars can be swept away by less than two feet of moving water.

• Keep children out of the water. They are curious and often lack judgment about running water or contaminated water.

• Be especially cautious at night when it is harder to recognise flood danger.

Travellers in Sikkim, Arunachal Pradesh and Assam should look out for landslides and road disruptions.