Unspeak has piled up mountains of words on sustainable development of the world's fragile peaks, and action courses seem to have been lost on the way downhill 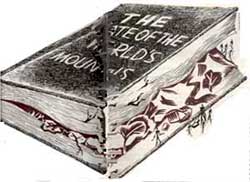 Recently there was a gathering of people ("academics, bureaucrats, and a sprinkling of activists" in the words of Himal reporter Kanak Dixit) interested in stopping the accelerating impoverishment of mountain environments and their peoples. They met at Lima in Peru and talked for a week. And then they wrote a Sustainable Development (CSD) and did more talking. And they hope to get a lot more people talking about mountains, and soon.

A combination of opposites, talk and mountains, especially when it is that strange language - UN talk. What is the point?

Talk at the UN is not the same thing as action and the phrase "OK lets cut the talk and get down to action" suggests that talk and action are mutually exclusive. Nevertheless talking to governments at the CSD about the number of "Prioritised action recommendations", which is what mountain activists have just done, is a considerable achievement and will lead to action. Bear with me whilst I briefly trace the process because I cannot see a better way of doing what needs to be done. The objective is to smoke out some new money for development and to change attitudes in the world at large so that people start to care for mountain environments and those who live in them.

The process started in 1991 with a drive to get mountain environments on the Earth Summit agenda at the Rio conference. It started with two ex-bureaucrats (although Kanak Dixit distinguishes between bureaucrats and activists, it is possible to have a hybrid - an activist bureaucrat) who found in Maurice Strong, the Secretary General of the Rio conference, a most willing activist accomplice. By marshaling the relevant academics, a fat resource book called "The State of the World's Mountains" was published, governments going to the Rio conference were lobbied and then, with a lot of help from the Swiss government, a chapter on "Sustainable Mountain Development" (Chapter 13) was voted into Agenda 21 itself. So mountains joined the other great causes like wetlands, rain forest, desertification, biodiversity, rural development, deforestation, climate change and all too many others on the world's approved list of environmental good causes for the coming decades.

But the original group, which called itself Mountain Agenda, could not sustain its activists and Chapter 13 looked like becoming an orphan. Worse than that it could have become a corpse. It had a unique handicap in that it was a cause for concern created outside the UN and no intergovernmental organisation of any kind had adopted it. One body, the IUCN, did have a mountain man but he was allowed to life his eyes to the hills, officially, for only ten per cent of his hectic year. He would have taken the years to have edited "The State of the World's Mountains". So, even there, mountains are marginal.

Fortunately the detailed wording of the Rio texts insisted that progress on each chapter of Agenda 21 be monitored by a focal point in the UN family which must then report to the Secretary General of the UN. At least two cheers then, for the UN's bureaucratic obsessions.

For Chapter 13 the Food and Agriculture Organisation (FAO) was chosen as focal point. Before Rio, FAO had declared that it regarded mountain environmental problems as no different from those of the plains. But after Rio attitudes changed. FAO called a meeting including NGOs to gather the facts and duly reported to the Secretary General of the UN. To the surprise of many of us it appears that all sorts of UN bodies had not only contributed to Chapter 13, but had also had a long standing interest in mountains, and indeed, had been specially concerned with them since who knows when. The spectacle of a newly painted bandwagon beginning to roll always provokes turbulent emotions in the breasts of the pioneers who have gathered bits of timber and second hand nails to bring the original device into existence. Often they discover that they had quite misunderstood the previous apathy which never really existed, or that they had simply failed to address the right people, or just got the timing wrong. Cynicism must be stamped on and one must learn to say - "how wonderful to discover... I never knew that you too were so concerned... so good to find friends one never knew one had.....", and so on. Above all one must find happiness in seeing the first trundle of a bandwagon big enough for a multitude of people to clamber abroad. One must even learn to live with attempts to push the pioneers off the wagon they must themselves conceived.

The meeting in Lima, Peru, hosted by the International Potato Centre concluded in early March, and gave a still hesitant bandwagon a push down the road. It was billed as the NGO Global Consultation on the Mountain Agenda and was organised by the Woodlands Mountain Institute of West Virginia, USA, which appeared to be the only NGO with a strong enough establishment to raise the funds and do the job. It had a new chief executive formerly of the environment department of the World Bank who, being a woman, thus had recent experience of being marginalised by virtue of gender. Dr Jane Pratt also had a lot of courage and got the Lima meeting on the road in under five months in spite of fund-raising setbacks.

The Lima talk was boiled down to those "prioritized action recommendations" which, in UN speak, mean ways of making happen what lies behind the generalities of Chapter 13. By a combination of determined maneuvers and the help of friendly governments the mountain NGO spokesperson, Dr Manjari Mehta, was able to address delegates during the meeting of the CSD just prior to the high level sessions when many Ministers were present among the 182 country delegations.

So the UN Commission on Sustainable Development, having listened to the talk of mountains, their peoples and their problems, and seeing the depth of commitment to action all over the world, put down on paper its own words.

The words are mercifully short. Some salient phrases give the flavour:- "the Commission recognises that .... mountain ecosystems are complex, fragile, unique in geomorphology, and react sensitively to global climate change. That with increased accessibility into mountain areas.... resource degradation, ... economic and political marginalisation of mountain communities has taken place. Recognises the importance of mountains as the predominant and most dependable source of fresh water presently used by humanity, ...the vital protection function of a stable forest cover... the protection of indigenous people's interests.... should be an integral part of sustainable development."

When it comes to raising real money and changing the way developments are allowed to impact on the mountain ecosystems, there were other useful words:- "expanding the network of protected mountain areas....promoting local and NGO's participation in the management of these areas.....recoganises the need to take a new look at the overall flow and full cost pricing of resources and services to and from mountain areas." and "...calls upon Governments and the international community to take action at all levels with the objective of combating poverty in mountain areas, diversifying mountain economies, protecting the environment and food security of local communities..."

So that was how grass roots talk about what is happening to the mountains came to be transformed into the words of governments. It is now up to people interested in sustaining the world's heritage of mountain ecosystems to use those words to power coherent action.