Who gets access to toilets, and how, is linked to their position in the hierarchy of citizenship

Who gets access to toilets, and how, is linked to their position in the hierarchy of citizenship 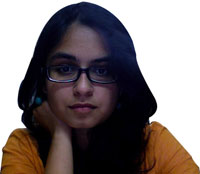 Toilets are much in the news. After the rape and murder of two young women in Uttar Pradesh, it was toilets (and 36 IAS officers) that took the hit for patriarchy. If they had a toilet, scolded many articles and reports, they would have stayed home, and safe. Presumably.

But while a lack of toilets cannot (and must not, as many commentators have argued back) be seen as a cause of sexual violence, their presence has an impact on other crucial areas of development, like health. A special focus on exclusion from urban housing in the India Exclusion Report 2013–14 (IXR) establishes clearly the link between housing and other development outcomes like health and education. The report documents and links to studies that show that health outcomes, in particular, are inextricably linked to the quality of housing and sanitation. Yet, 53 per cent of all households nationally do not have a toilet on the premises.

The IXR also reports that in schools, toilets are often cleaned by Dalit children, in particular Dalit girls, who are considered “traditionally” suited to these tasks. The rape in Uttar Pradesh has shed some light on how women are particularly disadvantaged when it comes to accessing toilets. As shame and secrecy surrounds basic bodily functions, women who do not have toilets at home sneak out at night, or when no one is watching, or adopt the unhealthy practice of not urinating when it is needed, which leads to infections and illness. Young girls are even more at risk, being ridiculed and harassed by boys and men when they venture out into the fields.

If sanitation links to citizenship, no one is more disenfranchised than the homeless. A survey of homeless persons found that almost half pay for toilets, and 20 per cent defecate in the open. Links between open defecation and the spread of diseases is well known, but for the homeless, some of whom spend almost their entire incomes on food, access to toilets is not always an option. For the homeless, a lack of access to sanitation is but one part of a wider exclusion from citizenship altogether. Without a formal address, they lack proof of residence, and consequently most lack identity cards of any kind. Living on the streets, they are often in trouble with the law.

Being able to use a toilet is not simply a matter of being able to pay for it, however. In instances like those of ‘illegal’ colonies and slums, that exist outside the purview of city regulations, it is establishing one’s legitimacy in the city that proves to be the biggest hurdle. The IXR examines the nature of this illegality, finding that 34 per cent of households in notified slums have no latrines, and more than half of them defecate in the open. The denial of drainage and sanitation to such slums is not accidental or only a result of their poverty. In cities, it is standard policy of municipal corporations to deny services like water and sanitation to such habitations, in an effort to discourage them from staying and reinforcing, in effect, their “illegality”. There are slow moves towards reversing this quietly in some schemes from delivery of urban services, although not formally or on a large scale.

Thus, on the one hand, cities are unable to provide housing, in particular low-cost, affordable housing for their poorest residents, and on the other, continue to deny them access to basic services like sanitation on the grounds that their homes are illegal, or that the people living there are encroachers.

Awareness about toilets and how they impact health in particular are crucial to the larger purpose. There are many stories of toilets that are built and are never used, or used as storage for grain, cattle and materials. Thus, it is not important to build infrastructure alone, but also to educate people on why toilets and sanitation are important, how they crucially link back to health, and consequently, other development outcomes (see  'Where are the missing toilets?). A news report from Badaun, Uttar Pradesh, highlighted that even the few households that built toilets were often laughed at or dismissed for having them on the premises, although that had changed since the rape of the two girls.

Challenge for the new government

Before that, however, it is important for the political class to see sanitation as a priority for all persons. Both the President and Prime Minister, in their respective addresses to Parliament, have renewed their commitment to providing toilets for all households. Underlying that is a more difficult question, of the kind of households (and people) that qualify as legitimate ones.

For more on UP, see  this feature on toilets in Badaun.