How clean are our forests?

The inordinate focus on cities and towns seems to suggest that garbage doesn’t occur elsewhere. But that is hardly so

The inordinate focus on cities and towns seems to suggest that garbage doesn’t occur elsewhere. But that is hardly so 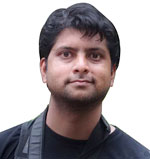 The tolerance of us Indians towards dirt and garbage in public spaces is a globally known and acknowledged fact. Probably because it is not only “unclean to clean” but also “unclean to notice”in India, where a complete class of people had been invented to merely take care of our waste and rubbish, as V.S. Naipaul observed with precise acerbity in his 1977 book India-A wounded civilisation. Apart from this incredible tolerance to the ubiquitous garbage and the freedom to freely wet and litter, are there any other cultural forces that so universally binds and unites us a nation? Therefore I am unsurprised that the ‘Swachh Bharat Abhiyan’ or the Campaign for a Clean India has been able to maintain steam for over two months in the print and social media where the ‘trending’ news shift every 5 seconds. Because India will never run short of celebrities willing to pose with brooms nudging the garbage carefully. And city news and city people will never get enough of their celebrities.

However, the inordinate focus of the campaign on cities and celebrities seems to suggest that garbage doesn’t occur elsewhere. What about our forests? Given the perception that they are ‘pristine’ and ‘wilderness’ areas, are they automatically free from littering? The answer, unfortunately, is no. Few forest areas of India today, if any, is beyond the reach of man. Most face pressure from the human-visitors guised variously as the wildlife, the boozing, the picnicking or the religious tourists. And sometimes all rolled in one. The readers of this magazine might remember reading about Sorimuthian Kovil in the issue dated July 15, 2013. Located within the Kalakad Mundanthurai Tiger Reserve in Tamil Nadu, it attracts 2-4 lakh pilgrims on amavasai (new moon day) of the Tamil month of ‘Aadi’ and after the three days of festivity, the forest adjacent to the temple remains littered with plastic and other non-biodegradable waste throughout the year whereas organic waste, including scattered piles of human excrement, takes several months to disappear.

In the Balpakram National Park, situated in the South Garo Hills District of Meghalaya, there is a sacred site called Kundul Gop, a breath-taking gorgepopularly known as the ‘mini Grand Canyon’. Throughout the year, thousands of people visit the Kundul Gop. Interestingly, local people who otherwise maintain impeccable cleanliness within their villages and houses do a Mr. Hyde-like turn when they visitthe forests. The entire 12 km long jeep trail that culminates in a place called ‘helipad’ is carelessly littered with gutkha sachets, biscuit and chips packets, wine, soft-drink and water bottles. But once atKundul Gop, people turn sober, pay their respects to the departed souls of their ancestors, who, they believe, reside there. However the unruly behaviour commences as soon as they turn their backs at the sacred site.

Kundul Gop is merely one of the several thousand picnic spots spread out across the north-eastern region where every nook and corner offers stunning natural vistas. In fact, picnicking during the wintersis one of the rare popular-culture that unites the ethnically diverse and fragmented ‘northeast’. Ironically, the quietest and most secluded natural sites are among the most popular spots with blaring music and rampant alcohol consumption being staple fare. Commencing in early December and peaking on the New Year’s Eve, the ‘picnic-season’ continues till about early March, during which the wilderness gets torn apart by the deluge of picnickers, their noise and their garbage. 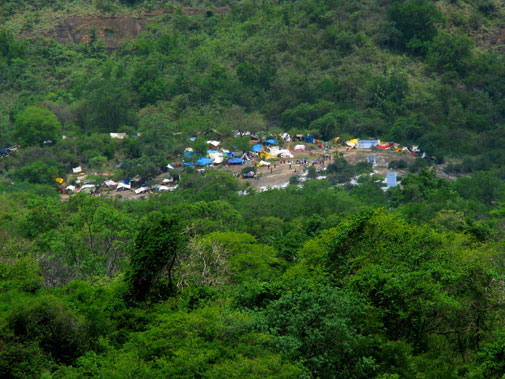 The nature-tourism season also begins in November in the northern and the north-eastern region of India, when most remote forests including the protected areas become accessible after the monsoons. Most consumers of nature-tourism are urban, economically prosperous and educated who can afford to break the humdrum routine of their lives in polluted-crowded cities.  And yet, very few make any visible efforts to preserve the tranquillity and sanctity of the forests they visit. Many tourists that I have encountered seemed to derive a perverse gratification in getting inebriated and dancing to loud music in the more secluded forested areas. The ‘core’ of the ‘tiger reserves’ are particularly favoured by such revellers. One Bengali male, a high-ranking Government employee from West Bengal, whom I had met in the Manas National Park, specifically comes to mind. He told me that his aim was to get drunk in the core area of all the tiger reserves of India and was excited at the prospect of spending three nights in a quaint forest guest house, located in the picturesque Mothanguri area deep within the ‘core area’ of Manas.When I met him again as he was on his way back to Kolkata, he looked hung-over. Nevertheless he admitted beamingly that this had been his best experience to date. It was six years ago and I am sure he is well on his way to complete his ignominious bucket-list. However, when I peeped into his jeep, I didn’t see those empty bottles.  “Traditionally, across India, there is a distinction between civilization and wilderness. In Tamil, it's called nadu and kadu. Anything that is taboo/frowned upon in nadu is acceptable in kadu” Janaki Lenin, prominent author and thinker specialising on environmental and wildlife conservation issues, told me while discussing this issue. In the village/forest where Janaki lives, she observed that “people drink, meet their girlfriends/mistresses, smoke with their friends, gamble, and dump garbage as well as murder victims."

Be it in the forests or elsewhere, focussing merely on waste collection and management without addressing the root i.e. heightened consumption, will be akin to treating cancer-induced pain with pain-killers. The 25 years of neo-liberal economic policies in India created a rapidly expanding prosperous middle-class with easier access to markets, cheap credits and consumer loans, thereby driving the exponential spurt in the volume of consumption in India. And therefore generating more and more garbage. Paradoxically, the current growth and development obsessed dispensation also sells us this chimera of glittering-clean high-tech cities. But at the same time, wisely stays silent about the social and environmental costs of maintaining such phony cleanliness.  As if in the journey from the streets to the common dump-yard, the rubbish simply vanishes into thin air.

In Jaintia Hills, Meghalaya, one of my field-research sites, the entrance to Umlawan, one of the longest and the deepest caves of the sub-continent, is almost blocked by garbage. Isn’t such transformation, of a natural wonder to a garbage dump, a direct environmental cost of keeping our own houses, villages and Elaka impeccably clean?Jaintia Hills also happens to be the cement and limestone capital of Meghalaya and Elaka Narpuh is where the majority of the cement industries are located. And where do these mines and industries dump their toxic effluents?

Unfortunately, into the streams, rivers and forests. Aren’t Lukha  and the numerous other dead rivers and disappearing forests across the country, bearing the large scale social and environmental costs of phony cleanliness, necessitated by the bludgeoning bogey of development? And isn’t the irony comical that the urban and the rich, the greatest beneficiaries of ‘economic growth and development’, are also among the loudest advocates of the cleanliness campaign? Instead of merely brooming the city streets, is the campaign capable enough to also assume the moral responsibility of reviving the dead rivers? O f restoring the lost forests, the lost lives and livelihoods of the hundreds and thousands of people?If not, then like the “depressed-looking, dark people” of Naipaul’s 1990 book India: A Million Mutinies Now, I would rather choose to “be seensitising down on this dirt and eating, indifferent to everything but the food.”