How not to sell a dream

2015 has many lessons for governance 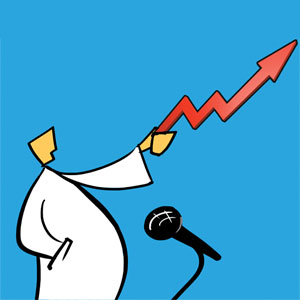 THIS IS the last edition of Down To Earth in 2015. It is always good to rewind developments after a certain period, in this case in a year. For this brings out trends or lessons that we usually don’t get to see while dealing with isolated developments. So, what does 2015 show us?

Before going into details, here are a few remarkable features of the outgoing year. First, when we entered 2015 with Prime Minister Narendra Modi, who was already seven months in power, he was still evoking hopes with his still-to-be-implemented development plan popularly known as the “Gujarat Model”. Secondly, most of India’s key institutions were still in a state of flux. Thirdly, no newly-incumbent prime minister has been subject to such stringent scrutiny by civil society groups as well as independent experts and thinkers as Modi was and is. By the end of the year, the scrutiny was more of responses to various irrational rants from those in power. For Modi, who made direct communication with the people his key electoral strategy, the year gone by was a comparatively and selectively low communication phase. Barring his election meetings in India, he spoke more in meetings/conferences abroad. His development agenda simply turned into a slew of speeches without having a solid political and executive plan to roll out.

This tells us a lot about what the country can learn from 2015. The biggest lesson is that a dream should be sold as just that; not as an agenda of development. At best, dreams in real life can be interpreted as aspiration.

Modi, towards the end of 2014, let loose his “development dreams” at a frequency faster than his electoral promises during the general elections. And each of them smelt fresh and unusual due to the fact that a prime minister had taken up these issues. For example, no prime minister had taken up sanitation and cleanliness as a personal and national agenda. The Swachh Bharat Abhiyan was a great development plan as sanitation inevitably impacts malnutrition, which is another national development agenda. He further gave a fresh lease of life to the financial inclusion plan by relaunching it as the Jan Dhan Yojana. He disbanded the Planning Commission and brought in a new institution. All of them were desirable and have flagship programme status in the government. But do they feel like dreams? No. Here is why.

His promised “minimum government and maximum governance” seems to have been clinically implemented by him and his government. Each of these development agendas has been launched like a campaign that has a dream-like aura. But none of them have been backed by a solid executive plan which is the role of a government. Within six months after the launch of the Jan Dhan scheme, headlines gushed that India had never seen so many people joining a government programme. A few months later, close to three-fourths of the accounts had no activity. Latest reports suggest people are withdrawing from this scheme.

Ditto for the sanitation campaign. As senior bureaucrats point out, this regime doesn’t know how to translate a governance campaign into a successful government programme to achieve the objectives. Sanitation coverage is still being treated as a toilet construction activity—much like the programmes in the previous rule. As far as the fabled Gujarat model is concerned, the corridors of union ministries are full with whispers that ask: where is that? With one scheme after another, it has become clear that whatever success Gujarat had claimed on various development programmes was due to maximum government led by an extreme chief minister, Narendra Modi.

In 2016, we hope that governance will be back on the agenda at the maximum level along with a desirable presence of the government. Happy New Year.