How to fight heat wave, the Odisha way 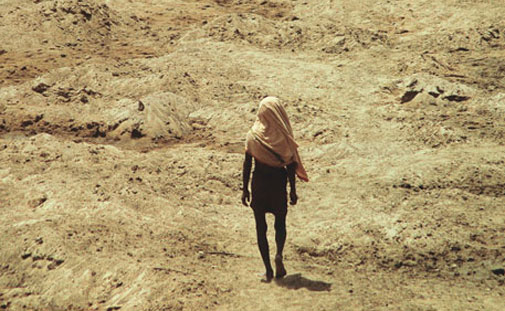 In May, 1998 when I was travelling in Odisha, hospitals reported 2,042 deaths due to heat stroke across the state, right from the coastal cities to western regions.

A doctor posted at a government hospital in the coastal town of Kendrapara said, “I have counted more deaths than births in a week. Heat wave has killed more people than an epidemic.”

He was right given that Odisha’s coastal region was never known for high temperatures. On my way from the state capital Bhubaneswar to the western city of Sambalpur—a close to 300 km drive in a state transport bus—my co-passengers were overwhelmed by the prevailing heat wave condition.

Most of them recounted a story of death in their families. A few, in fact, were on way home to attend funerals of their relatives who had died as a result of the heat wave. Western Odisha is always known for high temperatures, but deaths on such a massive scale were not heard of.

In 2002, I got married on May 31, a hot and sultry day. But that year, heat wave killed fewer people even though the temperature registered an increase with each successive year.

So, what made it possible to bring down the death toll in the eastern state?

The preparation for my wedding was unusual and it gave me the clue to how to fight heat wave the Odisha way. My wedding ceremony was shifted to night time. It was planned in such a manner that we left for the ceremony only after 5.30 pm and returned home before sunrise.

For each of us travelling to the wedding venue, packets of oral rehydration salts (ORS) were made compulsory. We made sure that our doctor-relatives also accompanied us. Then there were the ice slabs, ordered and kept for emergency heat stroke treatment. Basically, we just avoided the sun.

Now, it is almost a set rule that for any event in Odisha, the heat wave must be taken into account. And it starts with the state government. After the heavy casualties in 1998, the Odisha government treats it as a disaster on the scale of cyclone or flood.

By February-end, the government starts the preparation for fighting heat wave with a single objective in mind: no human casualty. Schools and colleges shift to early morning sessions. They open at 6.30am and end by 12 noon.

Government offices also follow the same timings. Examinations are held by March. Public transport does not operate between 12 noon and 3.30pm. Public wage programmes like, MGNREGA is halted from 11.30am to 3.30pm.

A look at the heat wave deaths in Andhra Pradesh and Telengana would reveal that most of the people killed in the two states were labourers at construction sites who continued with their work even when the temperatures were at the peak.

The state government also puts out continuous advertisements which guide people on how to combat heat wave. Hospitals in cities like Cuttack and Sambalpur deploy extra resources to attend to heat stroke patients. The ambulance network is activated and directed to be ready along the state and national highways. The government takes the help of the civil society in spreading awareness.

In Odisha, not all districts report high temperatures. But districts with high industrial activity report the maximum temperature rise. So, the district authorities devise their own action plans.

The state takes a sabbatical from normal life during day time, one can say. But it seems to have worked and could be the only way to avoid heat wave-related deaths. Heat wave is predictable and one can easily point out time band and places. We can’t stop it, but we can prepare well to reduce human casualties.