Ignore US bullying on IPRs

It's that time of the year when the US hectors and bullies an assorted collection of countries that have failed to meet its standards of intellectual property rights (IPRs) protection. The standards that it demands from its trading partners are way beyond what the World Trade Organization (WTO) rules require but for well over two decades the US Trade Representative (USTR) has used its annual Special 301 Report to keep “defaulting” countries in line through a naming and shaming exercise.

Depending on the seriousness with which it views the offences of certain countries in failing to protect IPRs, the USTR places them on either a Watch List or a Priority Watch List. It is a unilateral exercise and as arbitrary as it can get since it is driven by the agendas of the industry lobbies that petition the USTR for redress. Analysts who have studied the Special 301 reports say the USTR regularly uses the submissions from the big league players who benefit hugely from tighter copyright, patent and trademark laws to compile its annual lists. In fact, even the words of the reports are said to be more or less the same as the submissions made by the lobbyists. 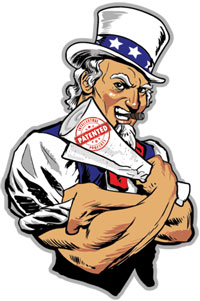 Based on these annual compilations, US diplomats then put relentless pressure of the named countries to change their IP laws, helped by hysterical media reports on the issue. What is seldom reported is that such laws passed by panicked countries are at the expense of the people and their civil and human rights. Such laws also seriously curtail freedom of speech when copyright laws are changed without much thought.

India has been almost permanently on the Priority Watch List and continues to be there in 2015, too, although the USTR appears to have softened its views because of measures taken by the Narendra Modi government. One is the setting up of an IP thinktank to review the country’s IP laws and the increased bilateral engagement between the two countries on America’s IPR concerns.

Besides the 12 others on the Priority Watch List apart from India, there are another 24 countries that figure on the Watch List of those deemed less serious offenders. These lists are a dead giveaway on how randomly and arbitrarily the USTR picks its quarries from the 72 trading partners whose practices it brought under the scanner in the current review. Many are small economies that happen to be countries where US business interests have been hurt for want of what it calls adequate IPR protection. The USTR gives no rationale why some countries have been picked while others that are similarly placed have been excluded.

The question is why its trade partners take the Special 301 List seriously when the legality of the Special 301 process is seriously in question. If a country’s laws are compliant with WTO regulations they should logically have nothing to fear from the US. WTO rules state that member states cannot unilaterally determine that another country has violated its trade obligation—much less impose sanctions.

While a few countries, Canada for one, have rejected the Special 301 list as illegitimate, most other countries have usually been stampeded into changing their laws in hasty, ill-thought out measures to propitiate their giant trade partner. At the same time, those countries that take a balanced view on copyright protection are promptly put on the Priority Watch List. Ecuador is on the list simply because it repealed the more lethal provisions of its copyright law that would have allowed even academics sharing articles online to be jailed.

India should watch out. Apart from the relentless campaign against its patent laws by big pharma, it is under pressure to introduce draconian camcording laws in cinema halls. It should push back.