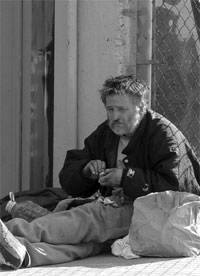 Many decades ago when my generation was in its early teens and was captivated by the Merseyside beat of the Beatles along with bell-bottom pants of that era, disapproving elders told us that we were mindlessly aping the West. As far as I can see, dalliance with the rock music of the Liverpool Fabulous Four did us little harm—either in the appreciation of own music or in our outlook and values, much less in our dress sense. But “aping the West” was a scathing indictment and we preferred not to be accused of such mindlessness.

One of the oddest things about the Indian establishment though is the complete mindlessness with which it has been lapping up practically anything hawked by Western governments, corporations, financial institutions and other snake oil salesmen. And unlike adolescent whims, this kind of aping is far from being harmless; they can have deleterious effects on economies, livelihoods and societies. The wholesale import of policies more suited to developed societies that have gone through their industrial and post-industrial revolutions are hardly the panacea they are made out to be for the disparate problems of a developing country, specially one which carries the burden of the largest number of the wretchedly poor, the unschooled, the diseased and vulnerable people. Nowhere is this determination to import disaster more evident than in agriculture. Farming in the US and India are as different from each other as the atmosphere in Jupiter is to that of Earth. Take some basic facts. The US has less than one per cent of its population claiming farming as their occupation and just about 960,000 persons who say farming is their principal occupation. The average farm size is a whopping 167 hectares (ha) while a large chunk of farms are between 40 ha and 220 ha. When it comes to farming in India, about 550 million people are dependent on agriculture and the vast majority of farm holdings are between 0.8 ha and 2 ha. Most of the farmers are, needless to say, dirt-poor.

It is in such starkly different circumstances that the top officials of the Planning Commission, the farm minister himself and the Prime Minister’s Office seek to transplant the US model of industrial farming here. And there’s one other detail that should not be overlooked. American farmers receive huge subsidies. Between 1995 and 2010, less than a million farmers were paid $167.3 billion under the direct payment subsidy programme. These subsidies were doled out to grain and commodity farmers as a safety net regardless of their actual production. In the very same period, a total of 256,913 debt-ridden Indian farmers committed suicide.

It is in such a situation that the government has rolled out the red carpet for seed and pesticide multinationals. It is only a matter of time before the retail giants too walk in. As for the World Trade Organization (WTO), the intransigence of the EU and the US to cut its farm subsidies has resulted in a decade-long deadlock in negotiations to conclude a new round. But it matters little to New Delhi’s power elite. Inspiration still comes from the West, and, as a corollary, subservience to its demands will also continue.

It is not anyone’s case that the West has nothing to offer us. One policy worthy of emulation is its public-funded school system of quality education that covered the entire population. But, interestingly, this is one issue policymakers here have ignored while opting for shortcuts such as the Sarva Shiksha Abhayan, which is on the whole a shabby programme of third-rate schooling. That, however, is another issue.

What is curious is why the establishment, whether it’s the political, bureaucratic, academic or scientific establishment, still continues to draw its inspiration from a system that appears to be in tatters. Europe and the US are enveloped in a pall of gloom and seething rage against a theology that has failed the vast majority of people. And nowhere is the anger more widespread than in the US where an extraordinary mix of people across racial and ethnic divides, from laid-off workers, teachers and young and middle-aged professionals to the elderly and perpetually homeless, are living on the streets to seek a more equitable system.

Here are some of the reasons that have fuelled the mass outburst:

All this in a country with a population of just 312 million. If nothing, these statistics should serve as a reality check for those who believe the free market economy is the solution. Does it have to be said that India needs to find its own ways of dealing with its many crises?