In the name of the tiger

The current conservation model has led to increased human-wildlife conflicts

The struggle to protect the rapidly vanishing tiger is getting murkier by the day. Up to 100,000 families are slated for displacement, ostensibly to secure India’s tiger habitats. Unfortunately, most of the relocation taking place violates the law and may end up creating more conflicts that cause the tiger’s decline.

Over the past four decades, India has blindly copied the Western model of exclusionary conservation, leading to forcible displacement of thousands of families from traditional habitats and dispossession of thousands more from the resources needed for survival.

Instead of working with communities, building on their traditions of conservation, meeting their livelihood needs and creating jointly protected inviolate zones, this model has only led to hostility and conflict. The result: neither wildlife nor people benefit. 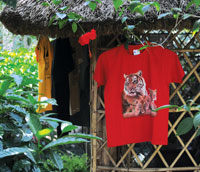 Nothing epitomises this suicidal model more than the quest to save the tiger. Jairam Ramesh, Union Minister of State for Environment and Forests, has in various forums justified the need for large-scale relocation of forest dwellers from tiger reserves. But Ramesh has also stated that no “forceful” evictions would be allowed. The chairperson of the National Tiger Conservation Authority (NTCA), Rajesh Gopal, said all procedures, including peoples’ consent for relocation, were strictly followed.

NTCA has not yet been able to provide documentary evidence matching the claims made by its chairperson. In response to a Right to Information (RTI) application filed by Kalpavriksh, NTCA stated that relevant information should be sought from states, including information about number of villages relocated or to be relocated. It gave the same reply regarding information on a number of steps that are to be followed, such as the basis for ascertaining the need for relocation, and the consent of communities.

Faced with this response, Kalpavriksh filed a first appeal with the appellate authority of NTCA. In response, NTCA highlighted the following order issued by the Ministry of Personnel, Public Grievances and Pensions (No10/2/2008-IR, dated June 12, 2008, section 3iii): “PIO should inform the applicant that information is not available in the public authority and that the applicant should make a separate application to the concerned public authorities for obtaining information.”

But NTCA says it does not have the list of villages relocated—an unbelievable claim. Perhaps NTCA does have the information, but is avoiding disclosure, which is a gross violation of the RTI Act.

The Scheduled Tribes and Other Traditional Forest Dwellers (Recognition of Forest Rights) Act 2006 (in short called the Forest Rights Act or FRA) and the Wildlife (Protection) Amendment Act (WLPA) require a number of procedures before relocation can take place. In addition, there are guidelines issued for declaration of critical tiger habitat under WLPA and critical wildlife habitat under FRA, which specify a number of steps. Section 4(2) of the FRA provides that: “The forest rights recognised under this Act in critical wildlife habitats of National Park and Sanctuaries may subsequently be modified or resettled, provided that no forest rights holders shall be resettled or have their rights in any manner affected for the purposes of creating inviolate areas for wildlife conservation except in case all the following conditions (listed in sections 4 (2) (a)- (f)) are satisfied”

Similar provisions are laid down in WLPA. Crucially, FRA also requires that “free informed consent” of gram sabhas to the proposed resettlement and to the package is obtained in writing.

NTCA has been unable to provide a single document or study specific to any of the declared critical tiger habitats that establishes irreversible damage is occurring and coexistence is not possible.

There is lack of transparency about the process being followed. A case in point is the proposal submitted for critical tiger habitat for Udanti Tiger Reserve in Chhattisgarh, obtained by Kalpavriksh using an RTI application to the state government.

The proposal says the entire area of Udanti has to be made inviolate and has been disturbed/degraded on account of human impact. The supporting documents only provide the number of village settlements, the status of human-animal conflicts and the number of offences reported in the past five years. There is no analysis to show that this constitutes irreversible damage. The proposal mentions that coexistence is not possible, again without any study or evidence. There are many areas in India where such conflicts bet ween people and wildlife have been tac kled, but official agencies do not show why this should not be possible in Udanti.

The environment and forest ministry’s Guidelines to Notify Critical Wildlife Habitat (covering critical tiger habitats) specify that proposals for such habitats must include certification from concerned gram sabhas that the process of recognition and vesting of rights has been completed. Affected gram sabhas also have to certify that they have been informed in writing that it is proposed to include their habitations and habitats in critical wildlife habitats and that a copy of the complete proposal prepared by the state government for the same has been provided to them.

The information given by Udanti authorities to Kalpavriksh admits that no such work has been done with gram sabhas and no such certificates are available. It is doubtful that these requirements have been met for any of the current critical tiger habitats. It also appears that most or all of the relocation is happening without first establishing rights, as required by WLPA and FRA. For instance, in the Simlipal Tiger Reserve in Orissa, 61 Kolho tribal households were relocated from Jenabil in 2010.

Two years ago, 47 families had filed claims under FRA when they were in their original settlement (Jenabil) inside the Tiger Reserve core. The claims were never processed; villagers were told they would have to move out anyway. This evidence was placed before the Committee on Forest Rights Act—jointly set up by the environment and forest ministry and the tribal affairs ministry—when it visited Simlipal in July 2010.

The Committee concluded that relocation of these families, while their claims under FRA were pending, constituted a violation of section 4(5) of FRA.

The minister had stated in public forums that “people will be convinced to move out even if it takes a long time” and no option of staying back in the core areas existed. This is again a violation of FRA and WLPA, both of which state that relocation can take place only with consent; the clear corollary of this is that if there is no consent, relocation cannot take place.

In many tiger reserves where relocation is to take place communities have been told that government is offering Rs 10 lakh to every family and that they should accept it immediately, else they may be evicted without the compensation.

This has been reported in Simlipal, Sariska and Ranthambore. Given that the balance of power is grossly tilted in favour of government agencies, communities are expected to quietly take the amount, sign on the “voluntary shapath patra” and move out. One widespread malpractice is that the consent form is being obtained by getting individual families to sign agreements, but FRA and WLPA clearly state that the consent letter has to be obtained from the gram sabha.

Additionally, agreements are in English. The MoEF guidelines on relocation too are not available in most national languages, and yet there is the claim that everything is transparent and participatory. There is no denying that there are some communities (or parts of communities) willing to relocate because no facilities have reached them, or because of social oppression.

However, FRA mandates that communities can live and have access to facilities in the area; and the state has an obligation to deal with social oppression or other village-level problems in situ. This option of continuing to stay on inside Protected Areas with a guarantee of welfare and rights measures provided by the state, is often not made available to the community.

Often what appears to be voluntary relocation is actually induced; a bit like urban dwellers being induced to ask for relocation by being told that they can continue to stay in their homes but will not be provided access to power, water or fuel. In this sense, Ramesh’s statement that staying on “is not an option”, shows either ignorance or deliberate disdain for the law.

This is not to deny that in some situations the provision of listed facilities to villages can cause fragmentation or have other negative impacts on wildlife. Nor is it to say that tigers don’t need inviolate spaces; they certainly need all help they can get to survive. But it will still be important to facilitate public awareness about rights, recognise and vest these rights, and negotiate with people on how to achieve a balance between their rights and requirements of conservation.

The term “inviolate” itself is misunderstood to mean “free of human beings”, when it means “free of activities and influences that would violate the needs of conservation”. There is a subtle yet important difference; the former uniformly and unscientifically requires relocation of all settlements within the inviolate zone, the latter may not, as current or changed behaviour of resident communities may fit within conservation requirements.

There can be no uniform, all-India prescription for this; it has to be sitespecific, based on solid ecological research or reliable thumbnail indicators, not simply a statement that there is human-wildlife conflict. At a recent meeting Ramesh asked forest officials and ecologists whether the current or proposed critical tiger habitats were based on local studies pinpointing the precise area needed to be inviolate. He found such studies did not exist.

It is, therefore, important to check if a fair, transparent process is being followed, best available knowledge and science is being used, and all options of coexistence and relocation packages are being provided. Without these, mistrust, tension and conflicts will prevail in tiger habitats, with ominous portends for the tiger, its habitat and people in the area.

The focus of MoEF, NTCA and state forest departments is on relocation, ignoring the urgent need to explore coexistence options for villages that will continue to remain inside wildlife habitats, even if all villages slated for relocation are moved out. Devoid of attention, neither these villages nor the wildlife they live amidst is thriving.

Officials and a handful of conservationists with clout at the Centre are behaving like the proverbial ostrich with regard to this larger issue crying out for resolution. 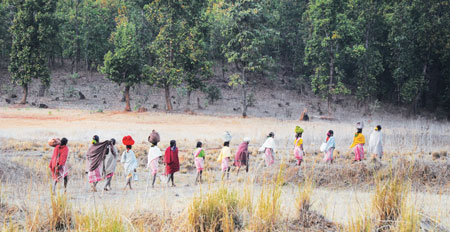