Exhibits include gas stove that can be timed to turn off; a clothesline that protects clothes from rain

Exhibits include gas stove that can be timed to turn off; a clothesline that protects clothes from rain

India needs to use modern science to deliver value to society, said  Prime Minister Manmohan Singh at 101st session of the Indian Science Congress on Monday. He was speaking at the inaugural session at the University of Jammu. He added that basic science should be directed to make new discoveries with innovative efforts to develop affordable solutions to Indian conditions.

The Science Innovators' Exhibition, organised by the National Innovation Foundation, showcased a few such innovations the prime minister referred to. Here are five of my favourites:

For people who tend to forget about food cooking on their gas stove and get busy with other chores, here is a great device. A gas stove with an auto stopper that can prevent meals from getting burnt or charred. The contraption can be used to set a timer which automatically stops the flow of gas after that time. If this does not sound interesting enough, Davalsab Mahmadgows of Dharwad in Karnataka has an additional feature as well. A pressure cooker that counts the number of whistles. Once the preset number of whistles blow, the burner turns off, once again preventing food from getting burnt. 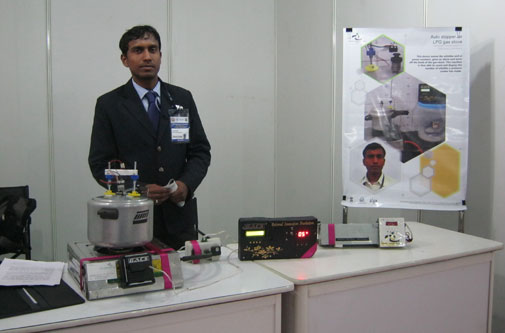 The pressure cooker seemed to be a hot favourite at the exhibition. Mohammad Razadin of East Champaran district in Bihar turned it into a coffee maker. He attached a small tube to an outlet on the lid. This tube is used to take the steam to a cup which has coffee powder and water added to it. Shortly, a cup of steaming neat coffee is ready for you. The coffee cooker is already popular among tea stall owners, said the literature available at the exhibition. 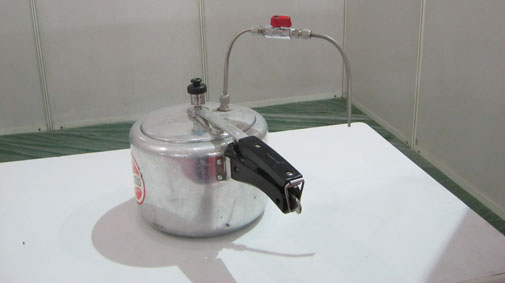 A pressure detector for water pipelines, conceived by Himali Joshi of Nainital, Uttarakhand, has the potential of becoming a common household appliance in times when municipal supply of water is erratic. This alarm rings when it senses water pressure in the pipleline. So there is no need to check the taps repeatedly or, worse, leave them open and waste water. 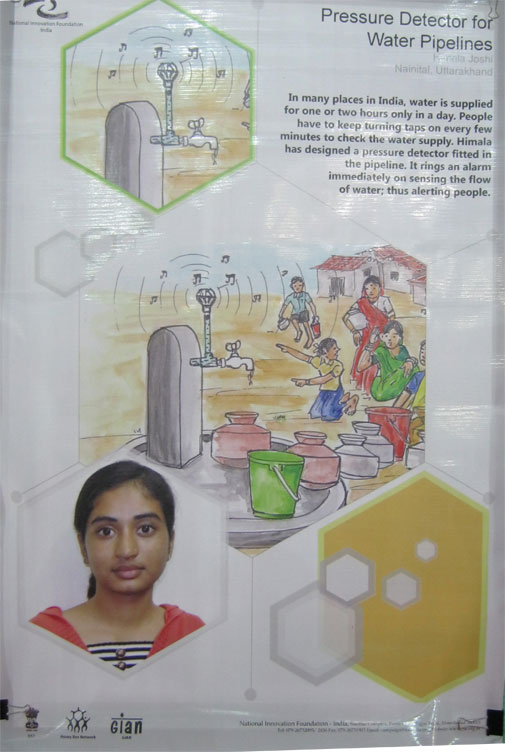 Piyush Agarwal of Hazaribagh, Jharkhand has made a unique clothline attached to salt-based rain sensors. As soon as it rains, a pulley gets operational and the clothesline is drawn indoor, thus preventing them from getting wet. The clothesline has a motorized system that works on sensors.  The motor has wires that are immersed in salt.  When it rains, the salt absorbs moisture to conduct electricity. This triggers the motor.  It then pulls the rope inside on which clothes are hung, saving women an additional chore. 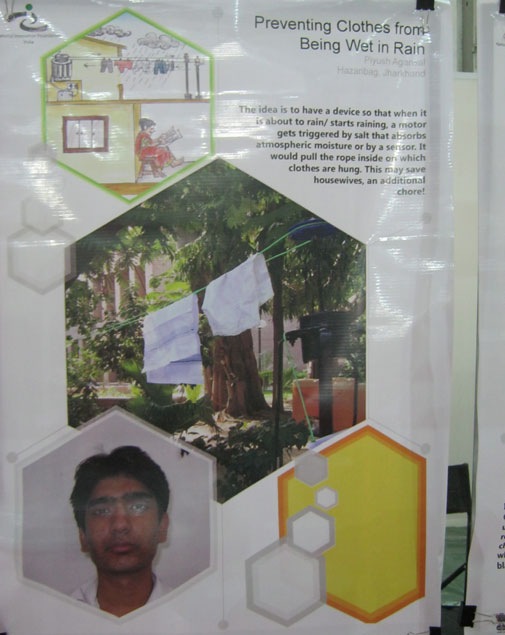 The Kashmiri samovar, a container used to make salt tea, uses wood charcoal to heat the liquid. But to find an alternative to the fuel, the supply of which is falling short of demand, Shazia Jaan of Srinagar in Jammu and Kashmir has attached the samovar to LPG gas. Apart from making tea, the set up can also be used as a gas stove. 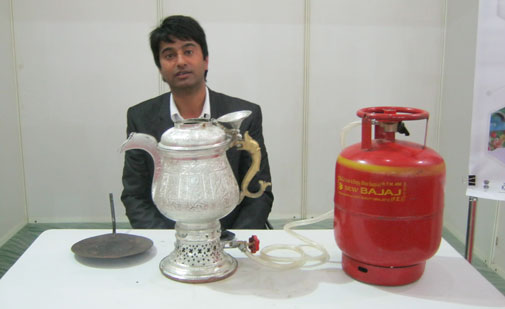