The definition of polio has been changed repeatedly since the programme was launched, thus automatically leading to a drastic fall in the number of cases

The definition of polio has been changed repeatedly since the programme was launched, thus automatically leading to a drastic fall in the number of cases 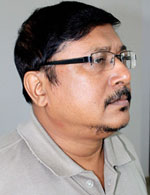 Polio, traditionally synonymous with paralysis and disability, has been given a new name in India. It is now known as NPAFP or non polio acute flaccid paralysis. This and the fact that cases of polio caused by the oral polio vaccine (OPV) are not being reflected as polio have ensured that India is now declared “polio free” and is being showcased as a success story of the Global Polio Eradication Initiative that was launched in 1988 by the World Health Assembly.

Smallpox was declared eradicated in 1980 after a tumultuous period of denial of vaccine deaths and other controversies. According to medical researcher William Muraskin, who teaches urban epidemics at Queens College's (City University of New York) urban history and health department, the experts involved in this debatable exercise were looking for another opportunity to flaunt their skills. When they chose polio many eyebrows were raised. Polio was not on the priority radar of the countries where this exercise was to be launched. These developing nations were struggling to provide basic health needs. India, for example, is incapable of providing clean water, sanitation, hygiene, and nutrition for a majority of its population even 66 years after Independence

Furthermore, OPV was chosen to be the only weapon to eradicate polio. T Jacob John, professor emeritus at CMC Vellore, pointed out that this vaccine, consisting of live viruses, is notorious for causing vaccine-induced polio. Because those vaccinated tend to shed the virus in their stool, it can mutate into a virulent form, causing paralytic polio in others, even leading to polio epidemics. When this phenomenon was noticed and reported by Indian doctors they were asked to increase the number of doses given to children!

Activist and physician Anant Phadke and C Sathyamala, epidemiologist who has been working on community health projects in different parts of the country for over 20 years, argued that it is not possible to eradicate polio, a disease primarily of poor sanitation and nutrition, with a vaccine. Polio-like paralysis can also be caused by other factors. DDT and other pesticides, exposure to lead and arsenic, other neurotoxins, injections, and vaccinations can trigger paralysis. Thus a holistic approach was needed to tackle the disease.

Medical textbooks reveal that exposure to polio viruses rarely results in paralysis. More than 95 per cent of those exposed will show no symptoms at all. Of the rest, many will exhibit symptoms resembling a common cold, a few will suffer temporary lameness, and less than 1 per cent will exhibit permanent paralysis. Exposure to the polio virus is actually the best immunity against viral polio. It offers permanent immunity to more than 99 per cent exposed to it. According to Yash Paul, consultant paediatrician in Jaipur, and other doctors who have spoken on the issue, why an internal virus infects the spine to cause paralysis is yet to be explained and the general conclusion is that those who become permanently paralysed may have some inherent susceptibility that should be investigated.

Phadke pointed out that smallpox and polio eradication are two entirely different things. Polio viruses can infect children without causing any external symptoms and thus remain in circulation. He alleged that it was for the benefit of the developed nations, who could stop their vaccination programmes once the wild polio virus was eradicated worldwide, and for the manufacturers, who were promoting the programme because the OPV was discontinued in the developed countries due to its risks, that the polio eradication strategy was launched. This eradication effort, costing around Rs 14,000 crore or more, has broken the back of the Indian health system besides leaving the entire ground-based health staff exhausted and demoralised.

The National Polio Surveillance Project data show that the polio eradication programme has increased paralysis among children—from 1,005 cases yearly in 1996 to 60,992 cases in 2012, most now being classified as NPAFP instead of polio. The government does not reveal how many of these cases are due to the vaccine. It was observed in 2005 that, against 66 cases of polio caused by the wild polio virus that year, 1,645 were caused by the vaccine. As the number of polio doses given to every child has increased exponentially over the years, the number of children affected by the vaccine has climbed new heights. Data reveals that those vaccinated are 6.26 times more likely to be paralysed. Doctors investigating the affected children have expressed anguish over how these children have been ignored by the government of India and have been left to fend for themselves. Deaths from the vaccine have also been reported.

Many mutated virus strains are running loose in India. In Japan, after three months of use, 16 extremely virulent strains of the vaccine viruses and 78 strains in total were found in sewage and in its rivers. India has been using the vaccine since 1978, intensively since 1997, and one cannot even imagine how many virulent strains could be circulating in this country that is devoid of basic sewerage disposal and sanitation facilities.

Why are more than 60,000 children in India becoming paralysed every year? Neetu Vashisht, paediatrician at Chacha Nehru Bal Chikitsalaya, assciated with Maulana Azad Medical College, in Delhi has analysed that the cases of NPAFP in India are directly proportionate to the number of doses of OPV given, implying a relationship. Taking into consideration the normal NPAFP rate, it has been deduced that in 2011 alone, India has suffered 47,500 extra cases of paralysis. Studies have shown that death rates in children with NPAFP are twice as high as the death rate among children with polio paralysis. They have also pointed out that polio and NPAFP are clinically indistinguishable. A version of the vaccine has been illegally tested on Indian children during the eradication programme and doctors have observed and reported higher rates of paralysis due to this vaccine.

In Brazil, a study has implicated this vaccine in cases of Guillain Barré Syndrome (GBS), transverse myelitis, and facial palsy. Thus the claim of the government that these cases of paralysis have no relation to the vaccine merits extensive investigation. Medical scientists have privately expressed that the epidemics of encephalitis in children in areas where the OPV has been used excessively must also be investigated. In the USA all cases of polio are now attributed to the Inactivated Polio Vaccine (IPV) which is considered to be safer! The vaccine also causes GBS, a totally debilitating kind of paralysis.

In April 2004 a memorandum was submitted to the WHO, UNICEF and the Government of India by Debabar Bannerjee, professor emeritus at Centre of Social Health and Medicine at Jawaharlal Nehru University, and other eminent doctors pointing out that the WHO inflated 32,419 cases of polio, a maximum of 20 per cent of which were probably caused by the wild polio virus, to 350,000 to justify the programme. The definition of polio has been changed repeatedly since the programme was launched, thus automatically leading to a drastic fall in the number of cases. A significant number of children declared polio-affected by the polio virus were sufficiently vaccinated, and that children were being rendered paralytic directly due to the vaccine.

The memorandum also pointed out that polio eradication was not possible in India, as the vaccine viruses had mutated into virulent strains and were circulating. In August 2006, the Indian Medical Association reiterated the above and called for identifying the unfortunate victims and compensating them.

Later, throwing all caution to the winds, children have been given an unprecedented 30 to 50 doses of the vaccine and even those who should be medically exempt are being vaccinated. Dr Jacob Puliyel, head of paediatrics department at St Stephens Hospital in Delhi, reveals that a synthetic version of the polio virus with a formula called‘CHNOPS’ makes a mockery of the eradication effort as polio can now be spread accidentally or intentionally by this virus.

The OPV targets only three of the many enteroviruses that are capable of causing polio. In such a scenario the other viruses often take over by becoming more virulent. Such cases are now being observed in the USA where the enterovirus 68 is now suspected to be causing polio. The enterovirus 71 has also been observed to cause polio in that country. This phenomenon may soon become global as viruses change roles in response to misguided efforts that seek to eliminate them.

Pushpa Bhargava, founder director of Centre for Cellular and Molecular Biology, Hyderabad, points out that polio was already on the decline in India even before the eradication effort began. Polio was concentrated in a few pockets of Uttar Pradesh and Bihar, which accounted for 96 per cent of the cases reported. Improving sanitation and nutrition in these areas, along with routine rounds of the relatively safer IPV, would have drastically reduced polio without resorting to the chicanery that has resulted in an unprecedented toll of disability in children in all parts of the country.

Hidden in the packet inserts of the OPV is an ominous statement saying that the vaccine has not been tested for causing cancer or infertility. The presence of untested and probably carcinogenic monkey viruses, and phenol and polysorbate 80, both of which are endocrine disruptors, in the vaccine raises concerns. It is also known that the vaccine virus strains can lie latent in the body and cause polio decades after administration.

India is now preparing to permanently launch the injectable IPV all over the country, which will require money and trained manpower at a scale that it currently does not have, to counter the vaccine viruses in circulation. This vaccine has its own share of associated risks besides administration errors that can itself cause paralysis in children. The wild polio viruses, which actually conferred immunity to children, are now no longer widely prevalent, leaving future children exposed to unexpected epidemics. The so called benefits of polio eradication have eluded this indebted country and its children face an uncertain future. It is important that lessons from this misadventure be learnt to oppose future assaults on the children of our country, particularly as India gears up for the measles eradication campaign.

It is very important to find out exactly who have benefitted from the programme and take heed of calls by ethical doctors like Phadke that those guilty must be identified and punished. He says, “It is necessary that all these children who have lost their limbs be fully rehabilitated, and their parents adequately compensated. Criminal liability should be ascertained for those officials who have suppressed this information of breakup of follow-up of AFP cases, and those officials and policymakers who are responsible for continuing this policy of Polio Eradication Initiative.”

Jagannath Chatterjee researches and writes on vaccines after having suffered an adverse reaction in 1979, when he was 17