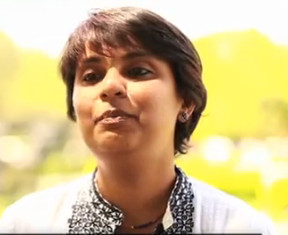 Hepatitis C (HCV) is a virus that can cause liver disease. Those who are chronically infected often don’t know they have it, as disease progression is asymptomatic for many years. If undiagnosed and left untreated, chronic HCV is fatal, claiming many lives from liver cirrhosis and/or liver cancer.

Médecins Sans Frontières (MSF) has begun providing treatment for hepatitis C to a small number of HIV positive patients co-infected with HCV in its HIV clinic in Mumbai. However, its efforts have been hampered by the exorbitant cost (as high as Rs 3,75,000/$6,000 per patient), and the difficulty of administering the injectable drug, pegylated interferon, which prescribed together with the oral drug ribavirin has significant side effects. Patient numbers in HIV treatment projects have, therefore, remained extremely low in the region despite the considerable medical needs of HIV positive patients co-infected with the HCV virus.

But there have been major advancements in the last year. New oral drugs—direct-acting antivirals (DAAs)—are starting to be registered in the US and Europe, which if made affordable and available in developing countries could revolutionise the treatment and cure of HCV for millions of patients in resource poor settings like India.

Out of the galaxy of new oral drugs in the pipeline, MSF medical experts have identified two of the most promising directly acting antivirals (DAAs)—sofosbuvir and daclastavir. Compared to the existing treatment option of pegylated interferon and ribavirin, the new antiviral drugs have much higher levels of cure.

Sofosbuvir in combination with ribavirin has already received USFDA registration, while daclastavir is likely to be registered in the coming month by the European Medicines Agency (EMA). When used in combination, sofosbuvir and daclastavir act as a highly efficient regimen effective against all genotypes of the virus (pan-genotypic), even in difficult-to-cure patients. If made available, this and other pan-genotypic combinations of DAAs will simplify and potentially help scale up the response to HCV, not only in MSF’s medical projects in India, but also in all high-burden developing countries.

The first-ever World Health Organization (WHO) guidelines for hepatitis C virus (HCV), published in April 2014, gives countries a road map for screening and treating a disease that affects 150 million people worldwide, including an estimated 12 million chronically infected in India alone.

The challenge now is implementation of the WHO guidelines in developing countries like India. This hinges not only on the timely registration of new oral drugs in India and other developing countries, but also ensuring that patent barriers that undermine low-cost generic production and supply to developing countries do not hamper access to the DAAs. As we know from past experiences with HIV, simply because drugs are in the pipeline does not ensure that they get to where they are most needed.

India offers a potential solution to this dilemma. Fixed dose combinations (FDCs) of antiretrovirals (ARVs) for the treatment of HIV were produced generically in India and supplied to governments at very affordable prices. Generic versions of first-line ARVs for HIV cost under $200 per person per year; however, just over a decade ago, first generation HIV drugs cost as much as $10,000 per person per year and were not available in patient-friendly FDCs.

Similarly, DAAs for the treatment of HCV can be produced at low costs in India.

In the US, Gilead has set the price for sofosbuvir at $84,000 per treatment or $1,000 per pill and is now offering a few select governments, like Egypt, a price of $900 for the same three-month regimen. Despite the significant discount, in the long run, generic drugs can provide a far cheaper alternative. A study by researchers at Liverpool University found that a twelve-week course of sofosbuvir and daclastavir could cost as low as $68-$136 and $10–$30, respectively, which could potentially reduce the cost of the two drugs to less than $200 per patient per treatment. At $900 for a three month regimen of sofosbuvir, India will need $45 million to treat 50,000 HCV positive patients, but at $200 for the generic regimen, India will need just $10 million to treat the same number of patients.

With the implementation of the WTO’s TRIPS Agreement, pending patents on new HCV drugs can potentially impede the production of more affordable generic versions in India, a country that is critically important for its generic drug manufacturing capacity. Early intervention by the Indian government and civil society will be essential to overcome patent barriers to ensure that DAAs are available in pan-genotypic combinations and are not priced out of reach of most people in developing countries.

Egypt has already publically stated its intention to not grant the patent for sofosbuvir, as the claims do not meet patentability criteria. It has registered Gilead’s sofosbuvir as well as generic versions of the drug.

In India, civil society groups have started identifying the patent status of critical drugs like sofosbuvir and have filed patent oppositions to ensure generic supply to the developing world. Nevertheless, these actions from civil society will require additional support.

The Indian government needs to start making more extensive use of the TRIPS flexibilities enshrined in the Doha Declaration, which sought to "...protect public health and (...) promote access to medicines for all", as manufacturers feel that they will face certain patent barriers in the future if they combine two DAAs for a pan-genotypic regimen.

As a start, the Indian government can publicly encourage the use of the bolar safeguard (section 107A) in India’s patent law to facilitate the development and registration of a fixed dose formulation of the two most promising drugs—sofosbuvir and daclastavir—by generic companies. An assurance on stricter patent examination of patent claims on DAAs and the use of compulsory licenses in the future by the nodal ministry – Department of Industrial Policy & Planning - could further boost the confidence of generic producers who have significant capacity to produce and supply low cost DAA formulations to the developing world.

Given the key role that India can play to address HCV, MSF Access Campaign urges the Indian government to not miss this crucial opportunity to turn the tide against this hidden epidemic. With millions of people estimated to be in need of treatment for chronic HCV in developing countries, there’s a lot at stake.

Leena Menghaney is manager of Médecins Sans Frontières's Access Campaign in India. MSF, or Doctors Without Borders, is an international organisation fighting for access to medicines by poor in developing world