Indications of a geographic muddle

Are Geographical Indications safeguarding the interests of growers and artisans? 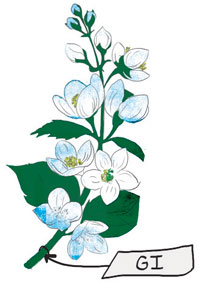 People of Hoovina Hadagali (population: 27,958), the taluka headquarters of Bellary district of Karnataka, are inordinately proud of their variety of mallige (jasmine). So are the growers of Udipi and Mysore, all of them claiming unique and distinctive features for their varieties of these sweet-smelling flowers which are offered to temple deities or used by south Indian women to adorn their hair. Jasmines abound in India but the flower growers in these towns have secured their varieties the geographical indication (GI) tag. It is all part of the GI craze that has been sweeping India ever since the authorities began popularising it about a decade ago after it became a hot issue at WTO.

GI is an intellectual property right (IPR) that is granted to a product because of its geographical uniqueness and is aimed at protecting and expanding markets. It is a community- shared benefit that is not available to individuals or business enterprises. Invariably, GI products carry the name of the place from where they originate because agricultural items in particular have qualities that derive from their place of production and are influenced by local factors, such as climate and soil. Since GIs are primarily a global trade issue, one wonders why a tiny group of flower growers should want this tag. Do the jasmine growers of Hoovina Hadagali foresee rivals violating their IPR if not globally, locally? Do they, perhaps, worry that lesser jasmine from other parts of Karnataka will be passed off as Hadagali mallige?

The GI craze in India is as inexplicable as the ways in which the Geographical Indications Registry in Chennai grants it. Since April 2004 the registry has handed out 178 GIs, raising questions about its rationale and methodology and leading to controversies that have seen legal challenges to some of them (see ‘God’s invincible laddoo’, Down To Earth, August 16-31, 2012). What is also evident is that many of the communities going through the laborious process of getting a GI do so in the mistaken belief that it will automatically ensure markets and business. To stay with the jasmine example, do the good growers of Hadagali, or Mysore or Udipi for that matter, sell their prized flowers as a branded product? As a jasmine fancier myself I cannot guarantee that jasmines in my terrace garden are not these special varieties. Even if the children who hawk jasmines at Delhi’s traffic lights were to claim any of the GI tags, would it make a difference to anyone? Similar is the case with GI for other food items such as haleem (a rich broth) and peda, a milk sweet that is as ubiquitous as tea in India (see ‘High on broth, low on geography’, Down To Earth, October 1-15, 2010). In the language of WTO, when a GI is registered, it establishes a “rebuttable presumption” that the tag will be protected in other WTO members— except, of course, in a country that has lodged a reservation within a specified period.

That’s why the nine foreign GIs registered in India so far relate to products with sizable, if not huge, global markets: French Champagne and Cognac, UK’s Scotch whiskey, America’s Napa Valley wines, Pourto and Douro of Portugal, Peruvian Pisco and Parma ham of Italy. If you are wondering about the dominance of wines and spirits in this list it is because this category of GIs enjoys a higher level of protection under WTO rules; the rest get only a “standard level of protection”.

Reflective of the lack of clarity at the Chennai registry is the case of the Payyanur Pavithra Mothiram or “Payyanur’s pure ring” whose GI was revoked last month by the Intellectual Property Appellate Board (IPAB). This gold and silver ring with a distinctive design is made in the eponymous village of Payyanur in Kerala’s Kannur district and was earlier worn by temple priests during the performance of rites. But gradually it was commercialised as an ornament bestowing spiritual power and material wealth on the wearer and thus found a thriving market. There are dozens of jewellers who claim to make the “original” ring. It was the filing of a challenge in the Madras High Court and subsequently at IPAB by a jeweller that led to revocation of the GI granted in 2009.

What the case has revealed is that the association that claimed to represent the interests of the producers of the ring, the Payyanur Pavithra Ring Artisans and Development Society, did not include the actual artisans who were unaware of the filing of the GI application. Following the challenge by the jeweller and filing of affidavits by several interested persons, IPAB decided to rescind the GI. Hopefully, this will make the GI Registry take a harder look at the huge list of pending applications—and on the long-pending rectification petition on the GI for Darjeeling tea.