IPR course in school? It's silly 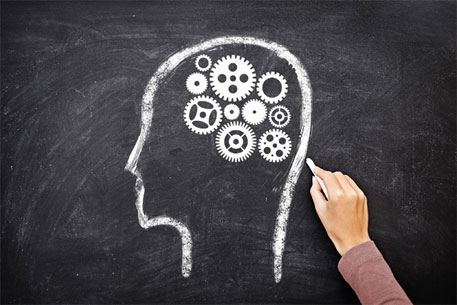 The US takes its evangelism seriously. Whether it’s the think tanks, academia, the Peace Corps, diplomatic missions or the Moral Re-Armament, they all aim to persuade to their point of view. Some of these campaigns are overt, some discreet and others rather insidious. In recent times, Americans have been spectacularly successful here in preaching intellectual property rights (IPRs), a crusade in which some of its leading universities, diplomats and business organisation have all lent muscle and strategy. Conversions have been taking place steadily over the past decade.

Chief among the evangelists (of insidious intent) was the redoubtable George Washington University Law School (GWU) and its target was the Indian judiciary. It would sponsor industry-funded conclaves where current cases of IP violations would be discussed in moot courts (mock-ups) to change the judicial approach to such litigation. Another early missionary was Dominic Keating of the US Patent & Trademark Office who was posted as First Secretary (IP) at the US embassy in Delhi. He launched a widespread awareness mission on IPR that included schoolchildren and housewives! Top Indian industry lobbies, CII and FICCI, became enthusiastic handmaidens, lending their support for building up intellectual capital on IP. The government, for its part, has helped set up dozens of law universities that offer IP courses.

The best example of the success of the proselytisation mission is the Rajiv Gandhi School of Intellectual Property Law at IIT, Kharagpur, which was set up in collaboration with GWU. It is the first law school to impart legal education with IP specialisation within the IIT system so as to bring synergy in science, technology and management. It is also the first law school in India that offers a degree in IP law. Now, I have no problem with this. We lack quality higher education and more such institutions are welcome as long as they look at issues from our development perspective. Besides, India needs its own posse of specialist lawyers to fight the infringement suits filed by the global pharma giants and MNCs. But I do draw the line at stuffing the minds of schoolchildren with such arcane stuff as patents, copyrights and trademarks. Where in the world do they teach kids of 13 and 14 courses on IPR as the Indian government intends to?

The Department of Industrial Policy and Promotion (DIPP), says a report in The Economic Times, wants class IX students to learn about IPR “as part of the government’s efforts to stimulate innovation and research to promote domestic high-value manufacturing”. DIPP is the nodal agency in the Ministry of Commerce and Industry that handles policy related to IPRs.

The report quotes an unnamed official as saying DIPP is in talks with the National Council of Educational Research and Training and the Central Board of Secondary Education to introduce IPR courses in the curriculum from class IX. Has DIPP been listening too much to the US evangelists or is it merely confused? Innovation does not happen by learning about IPRs. That is putting the cart before the horse. Indians need to innovate and invent before they can seek IPRs. Commonsense says that if you give children a sound education which piques their curiosity, encourages questioning and also reassures them that it is okay to fail while trying out new ideas, then there’s a good chance we will be setting the foundation for future inventors and entrepreneurs. We do not have such an education system now. That’s why India has no expertise in high-quality manufacture. Its nuclear reactors, its rockets and most of its machinery are built on reverse engineering. Yet, there are vast emerging areas of science and technology for bright young Indian minds to make their mark. Silly proposals like the one from DIPP will not turn them into innovators.