It’s about the poor 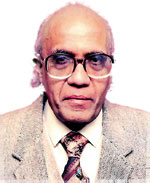 There are lies, damn lies and statistics, American author Mark Twain once wrote echoing a similar statement by the British statesman Benjamin Disraeli. Statistics aim to reveal a lot, but they conceal vital information. This concealing tendency of statistics explains much of the flak received by the Planning Commission when it released figures on the poverty line. In 2012, the commission announced that a daily expenditure of Rs 28 in urban areas and Rs 22 in rural areas is enough to consider a person above poverty line.

The Planning Commission’s figures are based on consumption expenditure data collected in the 66th round of the National Sample Survey Organisation (NSSO) for 2009-10. The new estimates that relied on a methodology devised by economist Suresh Tendulkar stated that 29.8 per cent of the people in the country lived below the poverty line—down from 37.2 per cent in 2004-05. The methodology has aroused controversy. Opposition parties doubted this decline in the percentage of poor in the country. A similar controversy had erupted in June, 2011, when the Planning Commission had submitted an affidavit to the Supreme Court of India, stating that a person spending more than Rs 32 per day in urban areas and more than Rs 26 in rural areas is above the poverty line.

The constant opposition-led onslaught—that demanded “Junk Tendulkar Methodology” and asserted “Poverty Data is Faulty”—pushed the Planning Commission on the back foot. Though the Commission emphasised it had not fudged figures, it’s reaction was knee-jerk on the whole. The Commission should have explained the rationale of the methodology instead of going on the defensive.

To put the poverty line figures in perspective let us look at some past figures. During the Janata government under Morarji Desai in 1978-1979, a person in an urban area who spent less than Rs 2.30 a day was deemed poor, while a person spending less than Rs 2 in rural areas was deemed as below the poverty line. During the National Democratic Alliance’s (NDA) six-year tenure in government—1998-2004—these figures were Rs 15 and Rs 11. But neither during the Janata regime nor during NDA rule were the poverty line figures contested as ferociously as they are being contested now.

Let us now describe the basis of calculating poverty figures. In 1978-79, noted economist Y K Alag argued that the expenditure incurred by a person every day in an urban area to get 2,400 calories and 2,100 calories in a rural area was the poverty line. In the 1990s, another committee headed by economist T Lakdawala concurred with this method. The method used by Alag and Lakdawala did not consider basic requirements like kapda (clothing) and makan (housing) while defining poverty line.

The criterion continued till 2009 when Tendulkar Committee arrived at a more realistic definition of poverty and devised a methodology for calculating the percentage of people living below the poverty line. Tendulkar thought that food worth 2,100 calories for rural people and 1,776 calories for urban people was sufficient due to lifestyle changes over time. In addition to food, Tendulkar took into account private expenditure on housing, education, clothing, health, fuel, light and entertainment. The committee could have done even better by including essential food items like potatoes, rice, milk, pulses while calculating per capita daily expenditure. 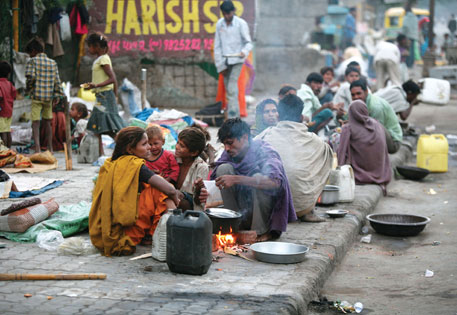 We can argue about these figures till cows come home. However, we miss the point that these figures have to be seen in conjunction with benefits received by the poor in form of subsidised food grains, free school education, free treatment in government and charitable hospitals and mid-day meals for children in schools.

Amongst other media, the Tendulkar Committee figures received flak in a TV show. But a closer scrutiny of the aam aadmi interviewed during the show will reveal that they fell short of the Rs 950/month/family member expenditure, only when they either aspired to send children to private schools, or wanted better housing. So, poverty line is not just about statistics. It’s also about aspirations of the poor in the country. In recent times for example, there has been a large increase in use of electronic equipments in houses in slum areas. Many people living in such areas use mobile phones.

In other words, perception of poverty varies from person to person, country to country and from one context to another. So, there is no sense in slamming a statistical methodology.

The government is already in the midst of carrying out a fresh BPL survey, which hopefully will help to refine this data. But while we should review methodologies that define poverty line, political parties must shun narrow vote bank politics. It does not matter whether the percentage of poor is 40 per cent or 30 per cent. The bottom line is that we are talking of at least 350 million poor people in India. So, the focus of all stakeholders ought to be on ideas to eradicate poverty in a sustainable manner over a period of time. Education, family planning and employment generation, through economic growth, will help.

A word of caution. Whatever the definition of poverty, it would almost always decrease the number of people below the poverty line. It would also have to reckon with a younger, more ambitious and urbanised Indian population. Hence, whichever government is in power, it has no choice but to find greater resources to alleviate poverty. But subsidies it provides should only be for basic food and education. It should use the funds locked in needless subsidies to create employment opportunities. This also means that policy reforms and structural changes would be needed if one is serious about improving the plight of the poor in India.

The author is a former UN consultant on poverty alleviation; director, CSO; and director, Ministry of Rural Development, GOI

Report: 2014 global report on poverty measurement with the progress out of poverty index

Report: Report of the expert group to recommend the detailed methodology for the identification of families living below poverty line in the urban areas

Report: Report of the expert group to review the methodology for estimation of poverty (Tendulkar Committee Report)