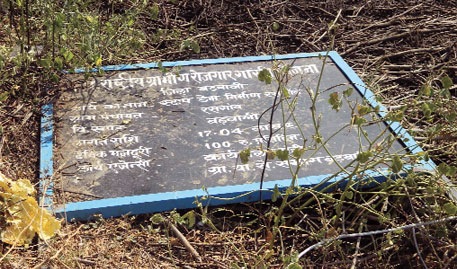 Assertive states are pushing the Union government to relinquish its control over a number of Centrally sponsored schemes (CSSs) and hand over to them the saved money as assistance. There are about 147 such schemes with a budget of Rs 6,60,506 crore for the 11th Five-Year Plan. They include flagship programmes like the one under the Mahatma Gandhi National Rural Employment Guarantee Act (MNREGA).

The demand is not new; the context is. Federal principles are being increasingly cited by states to take on the Centre’s growing influence in state subjects. Most of the CSSs cover subjects listed in the State List. Its intensity can be gauged from the Lok Pal bill debate in Rajya Sabha. Citing the principle of federalism, parties opposed the bill. On the same ground, states are protesting the food security bill.

The Centre assists states in three ways: through sharing tax receipts as fixed by the Finance Commission, giving assistance to state outlays as approved by the Planning Commission and CSSs. While the first two are guided by certain constitutional provisions and are based on formulas, the last one does not have any state participation. The Central ministries design and develop them without mandatory consultation with states. The states just implement them.

States oppose CSSs for three reasons. First, they see the CSSs cover subjects that are constitutionally state’s mandates and thus come as an imposition from the Centre. Second, CSSs put on them unwarranted financial burden thus taking away scarce state resources to programmes they do not own. In certain CSSs, states have to share the cost partially. Third, the CSSs are vulnerable to political whims, thus, not equitable in their scope and spread.

The fight over CSSs will generate political and constitutional heat as it involves billions of rupees of Central development assistance and downsizes the Centre’s rural development programmes. In a situation where coalition is the rule of governance, the debate over CSS has assumed stark political colours. States not ruled by the UPA partners are vocal in the corridors of the Planning Commission to disband CSSs on the ground of constitutional propriety. States ruled by UPA members demand restructuring of the schemes in a way that the states get autonomy over implementation. States have been fighting against CSSs since early 1960s.

In 1966, the National Development Council (NDC) appointed a sub-committee to rationalise the fast growth of CSSs. It recommended abolition of 60 per cent of CSSs. The First Administrative Reforms Commission advised the Centre to keep such schemes to the minimum. It suggested schemes to demonstrate a model or a pilot project that should be brought under CSS. After these recommendations were followed, NDC capped the monetary value of CSSs to one-sixth of the total Central assistance in 1968. But this did not deter the Centre from popularising this mode of Central assistance.

The number of CSSs has increased, from 51 in the Third Plan to the current 11th Plan’s 147. The rise follows an interesting trend: the number falls at the beginning of a Plan and goes up towards its course. There were 99 CSSs at the beginning of the 11th Plan; as the Plan is reaching its end the number has reached 147. The share of all CSSs as percentage of gross budgetary support of the Centre to states has increased continuously in the past three plans. In the 11th Plan it went up to 41.59 per cent as against 38.64 per cent in the 10th Plan and 31 per cent in the ninth. It means states are losing decision-making power over a substantial portion of Central assistance.

The states’ concerns are legitimate. Around 44 per cent of the total CSSs have an average annual outlay of less than Rs 100 crore. This means their effectiveness at the ground level is negligible. But it drains out states’ money under the cost-sharing mechanism. States got support recently when a working group set up by the Planning Commission to look into the CSSs recommended virtual disbanding of the regime of such schemes. The group questioned the effectiveness of CSSs.

It has recommended the Commission to continue with nine flagship programmes, including MNREGA and the Sarva Shiksha Abhiyan, while restructuring 99 CSSs into parts of other programmes. As a condition, the group suggests that schemes with Rs 10,000 crore outlay over five years should be made flagship programmes, while weeding out schemes with Rs 500 crore and five-year outlay. This will bring down the number of CSSs to around 40. However, the past haunts. When the 11th Plan was being prepared it brought down the number of CSSs from 155 to 99. But within two years, ministries added 59 schemes. Planning Commission officials term it as politicians’ “regenerating crops”. Without any evaluation of the CSSs nobody is sure about this crops’ yield.

It is time the debate of over 50 years reached a logical end.