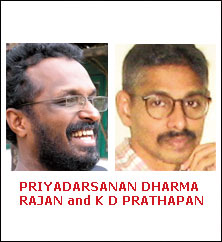 The UN Convention on Biological Diversity (cbd) recognizes the sovereignty of countries over their biological resources and their authority to determine access to genetic resources through national legislation. The treaty was adopted in 1992 after developing countries bargained for a deal with developed countries that were demanding intellectual property protection. But their strategy has turned out to be self-defeating. With a gap in demand and production of food, developing countries should have argued for open access and free exchange of genetic resources, or the germplasm.


A major snag of the cbd was a shift in focus from the ecological and scientific value of biodiversity to its commercial value.

Developing countries’ strategy was to check corporate patenting, control the germplasm and ensure equitable sharing of benefits from their commercial use in biotechnology, pharma and seed industries. But their notion that the Western biotech and pharma industries are highly dependent on the genetic resources of developing countries is fictitious: together, the industries deal with not more than nine species and are said to be self-sufficient with breeding material for most commercial crops. The argument of developing countries has its roots in the ignorance of the world’s interdependence on genetic resources.

For instance, all revolutions—green, white and blue—that salvaged India from hunger and made it self-sufficient in food would have been impossible without exotic genetic resources. Even today Indian farmers introduce and domesticate foreign plants and animals for commercial utilization. In fact 60 per cent of modern rice varieties released in India have exotic progenitors; in the case of industrial crops it is 92 per cent. Such transfusion is essential to maintain productivity and mitigate eventualities like pest and disease epidemics. But with the introduction of Biological Diversity Act, 2002, which restricts availability of genetic resources from India to the rest of the world, we have sent an unsolicited invitation for equal and opposite reactions. We stand to lose the moral authority to use exotic biological materials without the formal permission and benefit sharing with the respective countries of origin.

Such parochial measures are becoming ubiquitous all over the world. Even small countries like Bhutan and Sri Lanka with limited native diversity of crops have erected iron curtains around their national biological wealth to prevent biopiracy. This could only lead to disputes over genetic resources between nations, as in the case of basmati rice between India and Pakistan.

Moreover, the high hopes of equitable sharing of benefits from the commercial use of genetic resources are turning out to be unrealistic. In India, the national biodiversity authority set up in 2003 has neither delivered benefit to the stakeholders, like rural communities, nor has contributed to the conservation of biodiversity. Nationalization of biodiversity to counter corporate patenting is thus quite a suicidal move.

The historic treatment of biological resources as a common heritage has benefited humans. Countries have gained more than their individual contribution from germplasm exchanges through the Consultative Group on International Agricultural Research. The international seed treaty on major food crops, which came into force in 2004, was a major step in this direction.

Unlike oil, coal or timber, genetic resources are truly renewable. Their use in a system does not affect their availability elsewhere. Man carried his livestock and crops all through his voyages and migrations to facilitate his existence. As human biology is no way determined by national boundaries, tags of nationality cannot be attached to the plants, animals or the genetic diversity he has been conserving over generations. They are bound to be distributed just as ideas in politics, literature or science. India should take the lead in the next Conference of Parties of the cbd to correct the historic aberration and allow open access and free exchange of the life supporting heritage.