Does the Indian government’s loud voice in international negotiations produce results? At the recent WTO meet in Bali, the Indian government went all guns blazing to defend the rights of its farmers and to ensure food security for millions of poor. It opposed the Agreement on Agriculture that limits government food procurement at 10 per cent of the value of total production, based on the prices of late 1980s. It said this clause would impinge on its right to offer farmers a supportive price and to procure food stocks for its food safety programme. Instead, the Indian government proposed a “food security” box, which would allow developing countries’ governments to plan and execute food policies. 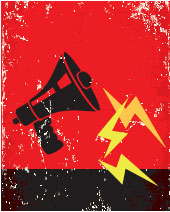 But the final agreement signed in Bali is weak and could have disastrous implications for India’s food security programme. It only accepts that the “peace clause”—under which countries would refrain from lodging complaints—would last till a permanent solution is found and not for four years as proposed earlier. It demands full disclosure of developing countries’ food procurement strategies. Worse, it includes a specific clause on anti-circumvention and safeguards which makes developing countries responsible for ensuring that stocks procured under such programmes “do not distort trade or adversely affect food security of other members”. In other words, it undermines the agreement to allow countries space to protect the livelihood and nutrition needs of its people. There is also a fear that the Bali Agreement on Agriculture pertains to only the existing public stockholding programme and any new initiative will be open to disputes. There is no doubt that the Indian government succumbed to global pressure and compromised on its position to force a rethink on this clause.

This stalling tactic is obviously not enough. As a result, developing countries are losing bit by bit. They lose first and foremost because negotiations to hold rich polluters responsible are coming to naught. At the Warsaw meet, Japan, Australia and the EU, all reneged on their earlier emission reduction targets. Japan, for instance, said it was not going to reduce emissions by 25 per cent by 2020 over its 1990 levels. Instead, it was going to increase emissions by roughly 3 per cent.

This is when the world is more certain today that climate change is beginning to show in the increased frequency and intensity of extreme weather events. At the same Warsaw meet, the delegation from the typhoon-hit Philippines made an impassioned speech about how its country was devastated by these disasters.

The Warsaw meet saw the principle of common but differentiated responsibilities (CBDR)—which differentiates between countries that have created the climate change problem and others—further diluted. It was agreed that under the Ad-hoc Working Group on Durban Platform, all countries, including the developing ones, would now have to submit nationally determined contributions to tackle climate change. But there is no mention that these contributions—targets to reduce emissions—would be based on CBDR or equity. So the ground is slipping. India’s grandstanding is not working. The question is: why?

In my view there are two clear reasons. One, that the Indian government is often unclear whose side it is on. It has competing interests to defend, and it cannot make up its mind to stand firm on the side of the poor (whose voice it seeks to be). Take the WTO deal. While farmers may have lost in the agreement, industry has clearly gained. The Agreement on Trade Facilitation is expected to increase global trade in leaps and bounds—the figure of US $1.3 trillion is bandied about. But the deal would not have happened if the Indian government had stuck to its position on agriculture.

In climate change negotiations, the Indian government pushes for justice, but also wants to ensure that its “friendship” with the US remains intact. This is difficult, given that the US is the single-biggest reason equity is a bad word in the negotiations. It is also caught between what its industry wants—to benefit from emission trading schemes—and the demand for an effective agreement based on equal rights over atmospheric commons.

The second reason is that the Indian government is losing the battle of global ideas and perceptions because it does not do its homework or effectively communicate its position. In all these negotiations, the rich and industrialised world is getting away with untenable positions only because governments of developing countries cannot expose them—show them for what they really are.

In this way noise ends in a whimper. We lose.

What to expect from Warsaw COP