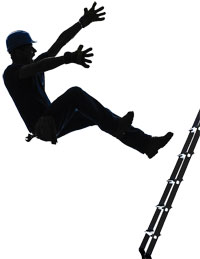 In recent weeks, the pink press has been singing paeans to a new star in the political firmament, one whom they see as a worthy disciple of the man who gave us the “Gujarat model” of development. The media’s new discovery is none other than Vasundhara Raje, the Rajasthan chief minister, who, if the eulogists are to be believed, is fashioning a similar Rajasthan model. Raje, who has taken back the reins of the state after a lacklustre innings from 2003-2008, is winning plaudits for just one decision—amending key labour laws that some economists think are obstacles to the development of labour-intensive industries. It is all about flexible labour laws.

The media’s gush is less embarrassing than the fulsome praise that some are heaping on Raje for amending the Industrial Disputes Act (IDA), the Factories Act and the Contract Labour (Regulation and Abolition) Act, all of which the Modi government at the Centre is working on changing, too. The cheerleader here is Arvind Panagariya, professor of economics at Columbia, who promises “dynamic” Raje that with these measures she can “count on harvesting a bumper crop by the time the next election comes around”. This is, perhaps, not to be wondered at since Panagariya is vice-chairperson of the Rajasthan chief minister’s Economic Advisory Council and is a vocal champion of the flexibility school.

Economists of his ilk believe that the rigidities imposed by labour laws stop entrepreneurs from expanding their operations, forcing them to keep their factories as small units that employ less than 100 workers since laws on retrenchment kick in for larger units. In other words, hiring and firing workers is so onerous that industrialists prefer to remain small rather expand to meet market demand.

Is this thesis of neo-liberal economists borne out by the reality? Let’s start with the basic fact that the organised sector where such laws apply employs no more than 6 per cent of the labour force; the rest are in what is called the unorganised sector. These workers have no protection or safety nets whatsoever and even the International Labour Organisation has characterised them as among the most vulnerable workers of the world.

But what of those in the “protected” organised sector? Has their lot improved? Far from it. This sector, where just two million jobs were added since 2004-05, has seen increasing “informality” with more workers being hired as contract workers than regulars. This in spite of the fact that labour laws do not allow the appointment of contract workers for permanent tasks. The category of directly employed workers has been declining steadily, while the share of contract workers in total organised employment had shot up to 25.6 per cent in 2009-10. In the last three years, their number is sure to have risen further. This has led to stagnant wages because workers have found it difficult to unionise. The active intervention of the state in helping managements has been a prime cause for the sharp decline in trade unions. The result has been increasing frustration among workers and periodic bursts of violence as seen in the automobile factories in Gurgaon.

The plethora of regulations that exist on paper to protect workers have not always been implemented with governments at both the Centre and states turning a blind eye to the violations. One such example is the Wazirpur steel rolling mills. Here workers in 23 mills have been on strike since June demanding no more than what is set forth in the law: payment of minimum wages, payment of overtime, identity cards and safety measures at the workplace.

Employers have not been made accountable. Instead, the new flexibility will give them more impunity.