Martyr and a court ruling 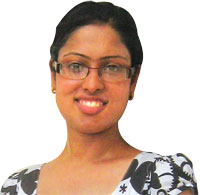 In a landmark judgement on June 9, the Calcutta High Court passed orders to stop illegal filling of marshlands at Dankuni in Howrah district of West Bengal. The verdict might come as good news to environmentalists but to us—witness to a long tussle to save the wetlands, which span almost 400 hectares and are home to endangered fauna—the verdict is not just a good news. It is a moment of triumph. But is it really so or has the journey just begun?

Locally known as Mullarbaer or Janai, these marshlands are dotted with ponds interspersed with stretches of reed beds or hogla vegetation. The wetlands are rich in biodiversity. They are home to winter migrants like the bluethroat, clamourous reed warbler, Siberian ruby throat, yellow breasted bunting (whose sighting is very rare) and even the IUCN-Red-Listed vulnerable ferruginous pochard. Residential species like avadavats, jacanas, moorhens, herons and munias nest here. High avian concentration has made these wetlands a popular destination for birders of Kolkata. 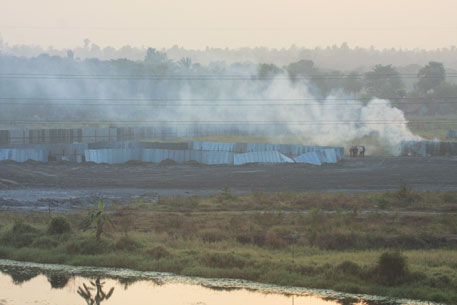 The wetlands also shelter small mammals like the jungle cat, which is a Schedule II species, and the fishing cat, a Schedule I species, according to the Wildlife Protection Act of 1972. Various reptile species, including the yellow monitor lizard, also a Schedule I species, rat snake and water snakes like the checkered keelback, take refuge in these marshes. The water bodies also abound in fish species which make them a source of livelihood for people in the region. This vast stretch remains wet throughout the year and stores excess water during rainfall, playing a vital role in flood prevention, groundwater recharge and absorption of air pollutants.

However, since the last decade these wetlands are being systematically destroyed by realtors and land mafia for building real estate projects and factories such as Priya Foods, Ultratech Cement and Concast factory. The wetlands are being reclaimed by filling up the water bodies with fly ash and sand. Consequently, the water-holding area has decreased and drainage impaired.

About four years ago Tapan Dutta, a resident, started a series of protests against filling up of wetlands. I met him during that time while I was researching the status of the elusive fishing cats in the districts of Howrah and Hooghly in West Bengal. From our conversations, it became clear that Dutta was not really concerned about the biodiversity; he was interested in conserving the wetlands for better sanitation. Monsoons would worsen the sanitation in the area. In 2009, a child drowned due to flooding. Dutta was determined to go to any length to make sure that the conversion of the wetlands stopped.

However, he was murdered in early 2011, and the investigation into his death is yet to be completed. 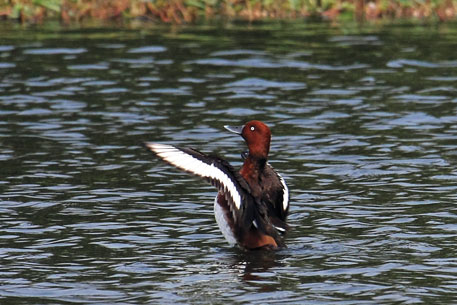 Although these wetlands are not protected as a Ramsar site, they satisfy the criteria to be classified a “wetland” under the Wetlands (Conservation and Management) Rules of 2010, referred to as Wetland Rules. India, being a signatory to the Ramsar Convention, also has an international obligation to protect and conserve its wetlands. The Wetland Rules further enjoin on the Central government certain obligations. Under these Rules, reclamation of wetlands, construction of any permanent nature or any activity likely to have an adverse impact on the ecosystem of wetlands is prohibited.

Any change or conversion of the character and land use pattern of such wetlands also violates sections 4(B), 4 (C) and 4 (D) of the West Bengal Land Reforms Act, 1955. The West Bengal Land Reforms Rules, 1965, also specify that a compensatory wetland of equal or greater area has to be created before filling up of any water body. The district land and land reforms officer is mandated to take the state environment department’s consent before ordering conversion of wetlands. The West Bengal Inland Fisheries Act, 1984, also prohibits filling up of water bodies measuring 5 kottahs, or 0.035 hectares, and more.

In 2011, two Kolkata-based NGOs—DISHA and FHLER—filed a public interest petition in the High Court against the unchecked filling up of wetlands in Dankuni. In 2012, the court directed the state government to set up a high power committee to examine the grievances and to suggest remedial and preventive measures to protect wetlands in the state. The committee looked into the specific instances of illegal filling up of wetlands and submitted a detailed report to the state chief secretary in August, 2012. The state government is yet to implement its recommendations. 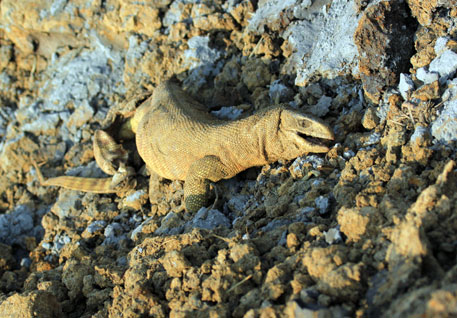 Real estate mafia continue to destroy the precious wetland habitats. Around this time, a picture of a yellow monitor lizard crushed under the wheels of a dumper in the Mullarbaer wetlands led Kolkata-based NGOs—PUBLIC, DISHA, FHLER and WWF—to request the High Court to stop the devastation.

The High Court directed that the filling-up activity and construction work in the wetlands should stop immediately. It asked the superintendent of police and the district magistrate of Hooghly to ensure compliance with the order. The court also asked the departments of fisheries and land and the Land Reforms Office to take appropriate steps in consultation with the environment department. This has not been done.

The court also ordered that the restoration of the marshlands should begin from June 19. Some of us went to check this. Sure enough, we spotted two trucks loaded with fly ash. Portions of the marshlands were barricaded. At one of the sites of destruction in Mullarbaer signboards announcing “Shilpangan: A project by Unnayan Group” have been put up along with signboards of “Medipharma Private Limited”.

Not ready to give up, we will file a contempt-of-court case. I remember Tapan Dutta. How many more martyrs before the society wakes up, I wonder.

Tiasa Adhya is with the WCS-India programme, Tata Institute of Fundamental Research, Bengaluru