Lies, denial and outright fraud have become the hallmark of Indian agricultural research because there is no accountability

Lies, denial and outright fraud have become the hallmark of Indian agricultural research because there is no accountability 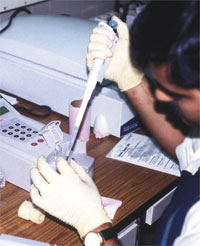 WHAT can one say about a scientist who makes claims to a patent that is a figment of his imagination simply to get a prestigious award? It beats belief that a senior scientist of the Indian Agriculture Research Institute (IARI), India’s premier institute for research, education and extension, could make such a brazen claim and get away with it. In 2008, K C Bansal, who was then heading a generously funded research project on transgenic crops at National Research Centre on Plant Biotechnology (NRCPB), one of IARI’s star laboratories, managed to wangle the prestigious Rafi Ahmed Kidwai Award for “outstanding research” in transgenic crops based on his claim that he had “filed three patents for novel gene discovery”, one of them on genetically modified brinjal.

Since awards, like research projects, are handed out by the Indian Council of Agricultural Research (ICAR) without much scrutiny, a credulous awards committee gave the award to Bansal who used it to good advantage. With connections in the top hierarchy of ICAR—that’s how things work in our scientific establishments—the scientist got to be director of the National Bureau of Plant Genetic Resources (NBPGR), a treasure trove of the country’s germplasm.

Worse is to come. It transpires that Bansal left NRCPB in a mess. Students doing research under his guidance have been left high and dry, and the GM seeds that he is supposed to have developed under a `135 crore project have not been handed over to NRCPB despite several reminders, thus stalling research in a major way. Should one be surprised by this case? The Bansals that inhabit ICAR’s warren of research centres and laboratories are legion. This is because ICAR is a fossilised institution that has produced little research of note—none that has helped India’s perpetually-on-edge farmers—despite claiming to employ some of the best brains in the country. ICAR, like other scientific organisations in the country, is nothing but a sinecure for mediocre people who crawl up the ladder of promotions. Or if they are smart enough, they curry favour with the establishment to gain cushy jobs as heads of different organisations. It is a great career path since no questions are asked, research output is not measured and no milestones have to be met. No cost-benefit analysis is ever made of the funds allocated to a project. Instead, however serious the derelictions and lapses, there is a guaranteed reward—promotions if not outright directorship of a prestigious institution under a system of patronage, cover-ups and denials.

Given the general lethargy that marks an organisation like ICAR, how are scientific scandals coming to light? The answer is professional jealousy and rivalry, although in some cases it does appear that inquiries have been initiated by crusading scientists keen on cleaning the Augean stables. Scientists, both retired and in harness, have been using the right to information (RTI) tool to dig out information on projects that have gone awry or have been used to dupe the nation. Two such have been in news in recent months. The Bansal stink is running almost parallel with the case involving another huge scandal involving research on indigenous GM cotton, the Bikaneri Narma Bt cotton. The revelations in both cases make for dismaying reading. What emerges is pretty sordid: devious machinations, official apathy and a total lack of accountability.

Dismaying, too, is the fact that these scandals are several years old and would not have seen the light day if not for the RTIs filed by fellow scientists. While ICAR has just set up a committee to examine the Bansal case, the report of the Sopory Committee that went into the Bikaneri Narma scandal exposes the totally unprofessional and shockingly unethical attitude of senior scientists in some of the decisions they took.

One such is about patent ownership. The Bikaneri Narma project started with a gene borrowed from Illimar Altosaar, a well-known expert on GM organisms. According to the minutes of a meeting held by senior ICAR functionaries, it was decided to simply appropriate Altosaar’s gene because “of the advanced stage of research and the likely economic benefits to Indian cotton farmers and the economy” since Altosaar, who had given the gene for research purposes, was not willing to sign a freedom to operate agreement. “Accordingly, it was felt that for all practical purposes the gene in question shall be called ‘truncated Cry1Ac toxin gene from NRCPB, New Delhi’.” As simple as that! If this does not make the scientific community cringe then nothing will.

Patent ownership, imagined or appropriated, is not the only common thread running through these cases. There is the outcome: nil in both cases. There is no GM brinjal or GM cotton. Science is illusory— in keeping with the Indian philosophy that the universe is all maya. After all, we do not experience the world but only a projection of it that we create ourselves.