21,000 will be displaced, out of which 9,034 will be Adivasis from Santhal community 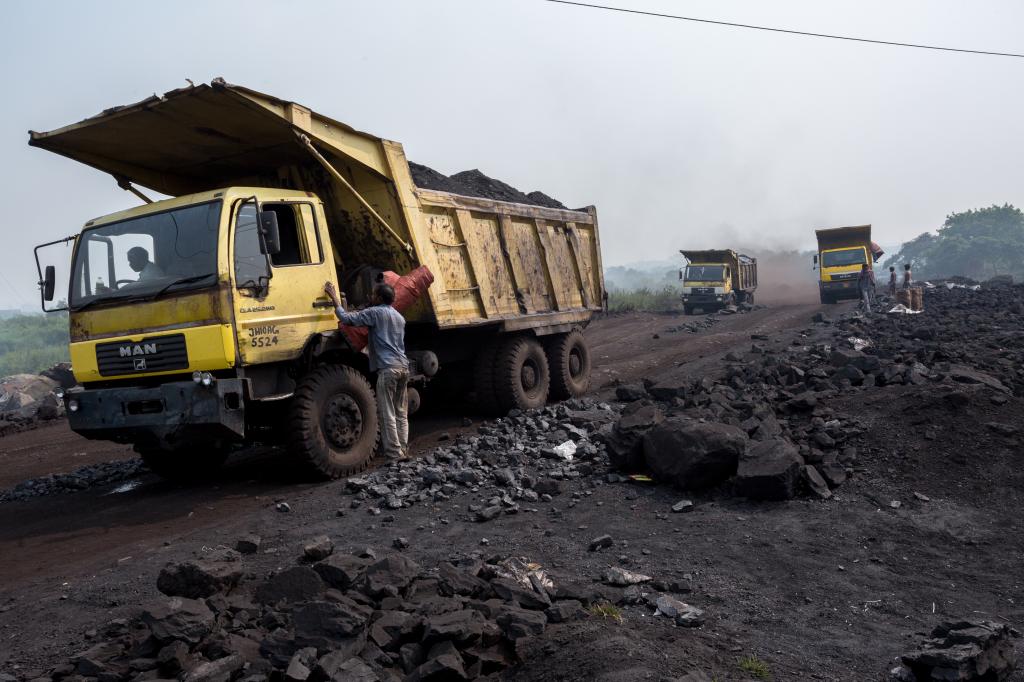 Thousands will be displaced from their land following the implementation of the project to mine coals and basalts from Deucha-Pachami-Dewanganj-Harinsinga (DPDH) coal block in West Bengal’s Birbhoom district. At least 43 per cent of them will be Adivasis.

Several have been displaced and dispossessed in the past due to the construction of large dams and the setting up of mining-related industries. Adivasis constitute only 8.6 per cent of the total population in India, and yet, more than half (55 per cent) of all displaced people after Independence were Adivasis.

Deucha-Pachami-Dewanganj-Harinsinga coal block is the second-largest coal block in the world; it is the largest in India. The block has a thick coal seam trapped between equally thick layers of rocks, mostly basalt. It has a great economic value.

The existence of these thick basalt layers, however, makes mining of coal difficult; foreign investment and technology will be hence needed for mining. An estimated 1,198 million tonnes of coal and 1,400 million tonnes of basalt are in the block.

The block is spread over 13.7 square kilometres.

As many as 4,134 houses above the block belong to Adivasi (Scheduled Tribe), Scheduled Caste, minorities and other communities.

Around 9,034 Adivasis from the Santhal community will have to be displaced to implement this project. A total of 21,000 people will be displaced.

More lands in the adjacent blocks will be needed for waste disposal, according to the Geological Survey of India.

The Union and state governments have announced compensation, including a rehabilitation package for the affected people. Rs 10-13 lakh per bigha (a third of an acre) will be provided to each household for their land.

A 600 square feet home will be provided to each of the dislocated households in a rehabilitation colony. An additional Rs 5.5 lakh will be given for relocation-related expenses.

The state government has announced that one family member from each displaced household will get a job as a junior constable in the state police. At least 160 agricultural labourers will get one-time compensation of Rs 50,000 and 500 days of work under the Mahatma Gandhi Employment Guarantee Act, 2005.

Many legal and illegal stone quarries and crushers operate in these areas to mine china clay, fire clay and basalt. Non-Adivasi entrepreneurs and labourers earn a source of living from these quarries.

Adivasis have protested against these quarries and crushers as the stone dust from crushers destroys their land and covers their houses.

In 2010, violence erupted at one such protest and five people died. Several regulations were imposed by the state government and illegal quarries were shut. Today, 400 stone-crushing units are operational, out of which only 100 are registered.

Adivasis have been protesting against the establishment of mines. They may also negotiate the rehabilitation package and see that every affected household, including the landless agriculture labourer, gets justice.

Adivasis from these affected villages say they were against the establishment of mines in the first place. So, no question of negotiation around rehabilitation package arises.

Why are Adivasis protesting against the establishment of mining projects? Adivasi worldview and way of living are different from non-Adivasis.

Their long association with forest and land helped them develop a symbiotic relationship with nature instead of an exploitative one. Adivasis prioritise community well-being over individual progress.

As they remained isolated from the caste society for most of the time in history, they didn’t develop the consumerist exploitative behaviour of the mainstream society.

Adivasi worldview does not encourage accumulation of wealth beyond fulfilling their basic needs. Adivasis hence do not develop the competitive attitude needed to become an entrepreneur.

These are, by and large, true for most of the Adivasi communities. There may be some exceptions as well.

Such development projects are, therefore, contradictory to the Adivasi worldview and their way of living. Displacing Adivasis from their homeland, despite compensation, will make them more vulnerable.

Many people who have visited Santhal villages would agree that Santhal houses are one of the most beautiful and healthy dwelling places that human beings have made.

These houses, amid the forest-farm ecological setting, are where several rich city dwellers visit to spend their vacations. The coal project, if implemented, will relocate these Adivasis to a 600 square feet house in a rehabilitation colony.

Though the state government has announced that the colony will have roads, electricity, Anganwadi, etc., there is no doubt that it won’t be able to replace the ambience that the Adivasis enjoy in their original setting.

A population dispossessed of their lands and ambience may soon lose their compensation money in ‘unproductive’ spending and become easy-to-exploit cheap labour for the benefit of the section of people who already are much richer in terms of access to and ownership of resources.