Polycrisis at a Kanker village: ‘With every tree chopped, I became poorer’ 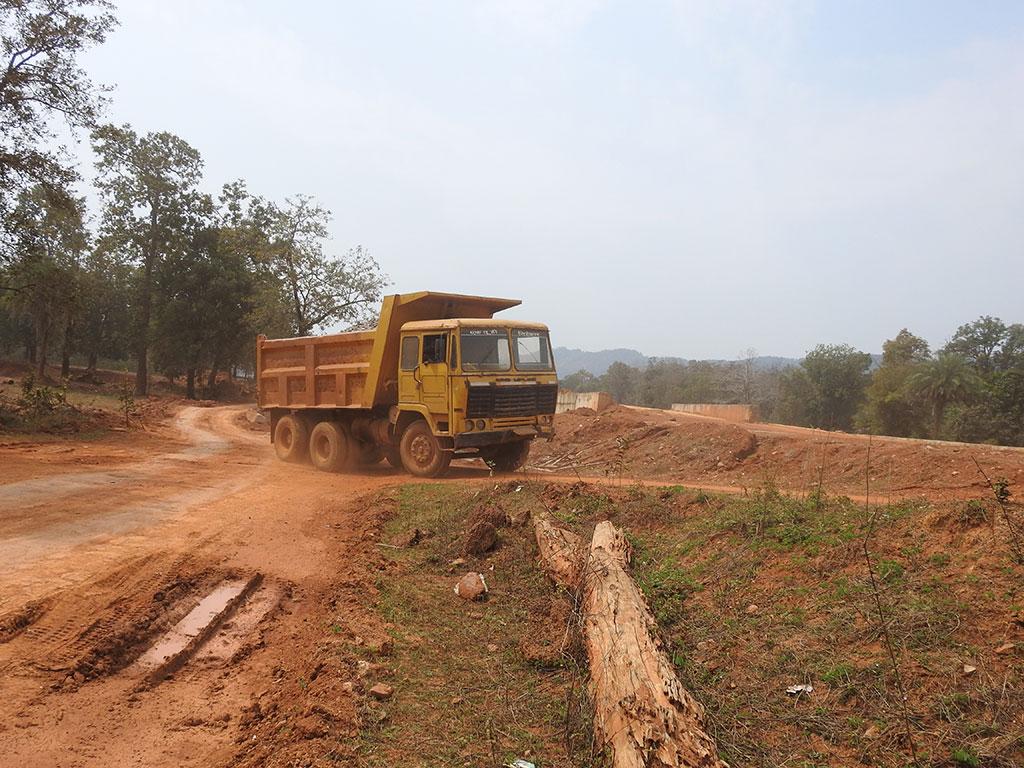 Patkal Beda village, Kanker district, Bastar region, Chhattisgarh — It is hard to locate this village from a distance.

A few kilometres away from the state highway connecting Bastar and Kanker districts, the village of 150 members of the Muria tribe is cocooned in dense forests of sal, tendu and Mahua. One can say the village has much more trees than people; one can spot wildlife more often than the residents living here.

Entering the village is even more difficult. One requires a security “clearance”. The Border Security Force (BSF) — a central paramilitary force usually deployed to guard international borders, but here to fight armed insurgents popularly referred to as Maoists — has an outpost a kilometre away from the village. One has to seek permission before entering the village, irrespective of whether one is a resident or not.

After half-an-hour of probing my purpose of visit, a sentry pointing an automatic rifle at me through a barbed covering asked: “Do you know anybody in the village? Name please.” I said, “No.” Following another lengthy procedure — my identity card of being a journalist issued by the Union Ministry of Home Affairs was sent “inside” (the main barracks of BSF).

After another half-an-hour, a masked person appeared behind the sentry and repeated the same question: “Do you know anybody in the village? If not, why do you want to go?” It is widely known that the masked man is a local resident who works with the BSF for such identification and clearance besides guiding them inside forests and nearby villages.

“I will report on how forests are protected,” I explained my purpose of reportage from the village. I was allowed to walk to the village; and come back. A warning from the sentry as I started: “Don’t go inside the forest. Maoists have been sighted moving around today morning.”

Patkal Beda was just a few weeks away from a landmark development: Getting connected to the world outside. A new railway line was being laid that connects it to the state capital Raipur, which the BSF has been deployed to “protect” from the Maoists.

Like this village, many more villages in the region are now connected to the outer world as the 235 kilometres Dallirajhara-Rowghat-Jagdalpur railway project is functional. On August 13, the first-ever train chugged in, stopping at Antagarh, a small town a few kilometres away from the village.

The new railway line has another purpose, rather the prime one: It would allow the transportation of iron ore from Rowghat Mines, covering villages like Patkal Beda. In September, the first consignment of iron ore was already transported using this line.

But, the local communities have been opposing this railway line and also the opening of the Rowghat Mines for nearly a decade. While many have lost their lands, they allege no compensation has been given. For most, the forests that disappeared for the railway lines were their economic world.

Without it, as they recount, life has been on a fast slide into poverty. These villages that have lost forests in their immediate vicinity are also a study on how ecological is the economy of a typical Indian village and what happens without such ecological assets.

In Patkal Beda, nobody is aware that the world outside writhing in what the World Trade Organization Director-General Ngozi Okonjo-Iwealahead termed as a “Polycrisis” recently: Climate change, the economic recession and the fear of a depression, the Russia-Ukraine war leading to food insecurity — poverty is increasing in the world for the first time in decades, widening inequality.

The village has its own Polycrisis — the trail of it traced back to each and every tree chopped for the railway line.

Seventeen of the hamlet’s 35 households lost land to the railway project. And they lost access to forests that were diverted for this.

There is no count of how many tendu trees have been chopped for the project. But everybody counts the monetary loss. “Each of us had a generation-defined patch of tendu forests,” said Sangnath Duga, an 80-year-old resident who has never stepped out of the village.

One hectare of his land was acquired and he was compensated Rs 3 lakh for the home on it. “But I lost many tendu trees in the vicinity and the regular income,” he said.

The village’s economy is forest-centric. In the village with one crop, the tendu, Mahua and sal trees are the main sources of livelihood. Cultivation takes care of food consumption while the tendu leaves, Mahua flower and seeds and sal leaves and seeds ensure year-long need of cash to survive. 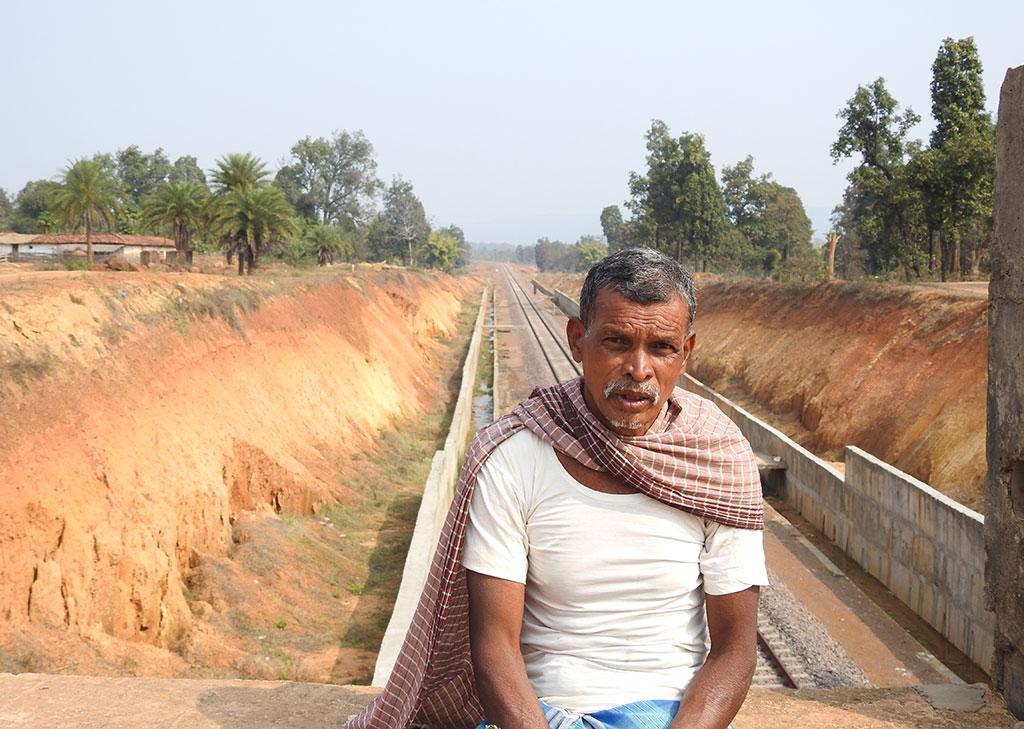 To make an estimate: 80 per cent of the village’s economy depends on forestry; the rest is agriculture-based.

One is poor or rich depending on how much s/he earns from the forests. To put it another way: The per capita gross domestic product (GDP) in the village also depends on how much access one has to forest produce.

“If you put together, the village has lost Rs 24 lakh in a year due to lack of access to tendu trees which vanished as the new railway lines appeared in our neighbourhood,” said Duguram Gowde, a 28-year-resident resident.

In the last two years, going by the definition of modern economists, the village economy has entered into recessions, edging towards a depression.

Economists call it a recession if an economy shrinks for four-six quarters consecutively. As we believe, a long-term recession is a depression. American economist Julius Shiskin defined recession as “two consecutive quarters of declining GDP”, which remains the base for contemporary economists to declare an economic recession.

For the four quarters in 2020-2021, the economy has declined consistently as the income from tendu leaves collection has nearly dried out. In the first two quarters of 2022-2023, the village reported no income from forests.

The village is surrounded by dense forests with thousands of sal, tendu and Mahua trees. But they can’t access anymore as the paramilitary forces debar them. Many tried to venture into new forest areas to sustain the tendu economy, but soon were arrested and hauled up to police stations.

“Our old world was a free economy of forests. The railway lines have brought the world closer to us but have created a distance from our livelihood,” said Duguram, who has already joined the Mahatma Gandhi National Rural Employment Guarantee Act to earn from daily wages.

In Kanker district, the new railway line has cost at least 20 villages forests that they accessed for tendu leaves. Or, these trees were community common resources.

The forest economy doesn’t exist for the government. We are either unemployed or poor. But just look at what a loss of a tendu tree can trigger: It is an economic loss of Rs 10,000 per year; without it I can’t invest on agriculture; without agriculture I can’t eat much and good; and with less income, I can’t send my children to school or meet my health needs.

Mohan has been helping communities claim community rights under the Forest Rights Act (FRA), a legislation that settles people’s cultivation and habitation rights in forest areas as well as bestows rights over forests traditionally being used by communities. With this right, a community can legally stall diversion and also own the non-timber forest produce like tendu leaves and sal seeds and leaves.

“We haven’t made much progress because the government is not interested in giving us this right now,” he added.

Gawdekasgaon is a relatively bigger village with 250 households of the Gondh tribe in the Antagarh development block of Kanker district. The new railway line crosses through this village as well.

“The railway project completely cleared the forests (mostly of sal, tendu and Mahua trees) that we depended on traditionally for sustenance,” said Sandhya Kando, a resident. “We claimed community rights for this forest under the FRA. But before it could be settled, the forest was cleared out,” she said.

This patch of the forest belonged to the forest department so no compensation was paid to residents. But, this was the main source of income for the village.

“Every year the village earns around Rs. 20 lakh from just tendu leaves collected from this patch of forests,” said Ranju Ram Gawde, president of the village’s forest protection committee and the local priest. The village also lost an annual income of Rs. 5 lakh from Mahua flower and seeds selling.

“Each household on an average earns Rs. 40,000 per year from the forest. Without this, we have become poor overnight,” he added.

The village’s economy underwent a boom in recent times. Subsidised rice brought down food expenditure. The high minimum support price offered to rice in the state ensured a decent profit from cultivation.

And, the state’s high procurement prices for non-timber forest produce like tendu leaves and sal seeds encouraged the residents to increase forestry activities. “Forestry accounts for nearly 90 per cent of our income. With the forest gone, the loss is huge,” said Ranju.

The residents though surrounded by forests can’t access them to compensate for this loss. “All the surrounding forests have been given as community forests under the FRA to nearby villages,” said Banju Ram Nurati, a resident. A few residents boarded the train on its first trip on August 12 for a short trip.

In March this year, many of the residents who came back from outside during the lockdown decided to migrate out again, this time more under distress.

“Forestry did ensure a decent earning. Migrating out was an additional income. But now, we will do so as a compulsion,” said Sandhya adding: “May be we will take the train from our village to do so. Never expected the world would connect with us this way.”

This article is part of a series on stories from India’s poorest districts, particularly those that have featured in the country’s poverty ranking since 1951. The series examines the link between poverty and the local ecological degradation, whether the latter makes poverty chronic in these geographies.
Deforestation indigenous people scheduled tribes Gonds Muria antagarh Mining India Chhattisgarh Bastar (D) Kanker (D)
SUPPORT US