The by-product of development

The dwellers of Khadam-1 resettlement site in Odisha, who were displaced due to a coal mining project, have been waiting for 17 years for proper facilities 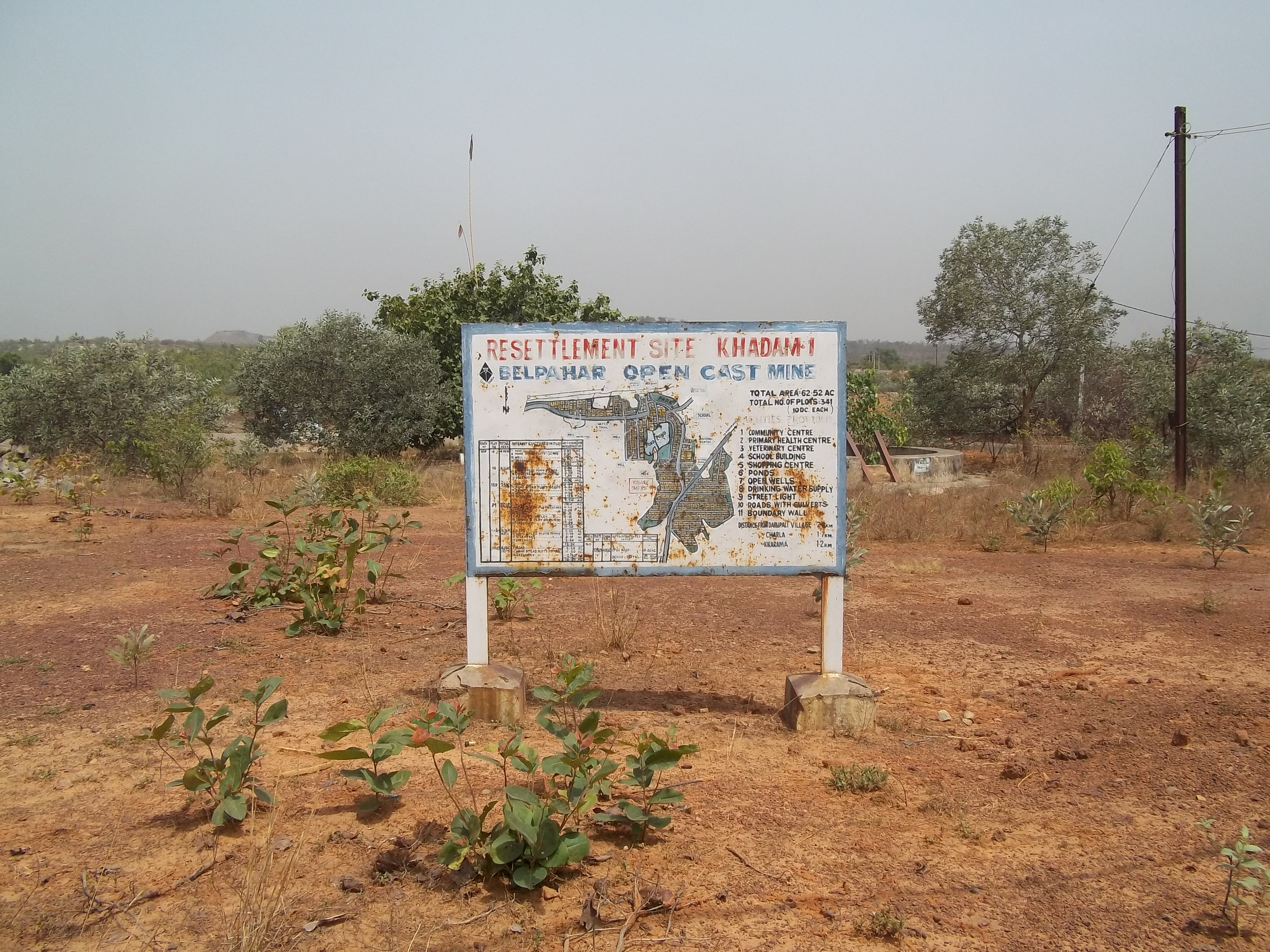 Map of the Khadam-1 resettlement site in Odisha

The life and livelihood of the displaced always appeal for constant attention. Since their onset, development projects such as mining, be it small-scale or large-scale, have proved harmful to the local communities. The so-called "planned development projects" are grabbing eyeballs as they supplement the GDP growth of our country. But to what extent is the GDP growth justified when it is accompanied by forced displacement, homelessness and joblessness of the indigenous people?

Seventeen years after they were displaced, residents of the Khadam-1 resettlement site in Odisha are still awaiting the provisions earlier promised. Khadam-1 lies in the jurisdiction of Ib Valley Coalfield, with mines beneath Mahanadi Coal Fields Limited (MCL), a subsidiary of Coal India Limited.

Most residents of this settlement are originally from Darlipali village that sits between three opencast mines, Belpahar Opencast Project, Lakhanpur Opencast Mines and Lilari Opencast Project. They were displaced in 1998, when mining began in Lakhanpur. Years later, they are still living out of school rooms, veterinary centres and shopping complexes with limited means. The state of affairs can be seen by a visit to the area.

The vulnerable households trusted the authorities and 14 families agreed to migrate towards the proposed resettlement site, Khadam-1. The MCL in its Resettlement and Rehabilitation Policy (R&R) had promised 0.04 hectare of land per household, but only two out of the 14 households have the land record book (patta) of their prescribed land.

Eleven of these have found permanent employment in the nearby mines, but four are still without a secure means of livelihood.

Malati Turi one of the resident of that resettlement site tells her story. "We came here and started living here in the shopping centre when my elder daughter was only 14 years old. Now my grandchild is going to turn seven and still we are living in the same place. We got nothing, not even the pattas. No one pays attention to our condition, now we are running from office to office for our rights," she says.

Women previously engaged in agricultural work in their own fields as well as others’ fields as agricultural labourers. However, since the land has been acquired for mining, these activities have ceased, leaving women vulnerable. Women also took part in collection of Common Property Resources (CPRs) such as firewood, timber, fibre, edible oil plants, bamboo, varieties of spices and beverages, kendu leaves and chara for income. These resources have now been destroyed by mining activities and women are left with little to do.

The women have now taken to alternative sources of income as a single member’s earning is insufficient to sustain the entire family. They have started weaving varieties of bamboo baskets by obtaining bamboo from other non-mining villages and vending the products in the nearby markets. Some are also making beedi to contribute Rs 600-700 towards the family.

While MCL constructed an open-well for the Khadam-1 households, it is not functional anymore due to the lack of maintenance. Even pipeline water supply is available for only thirty minutes a day. Summers are particularly hard, and not a single water supply vehicle is sent from the MCL for help.

The children have to travel four-five kilometres to the nearby villages of Sarandamal and Bandhabahal to attend school. The families also depend on the Bandhabahal market for their daily utility needs, as there is no such provision closer to home.

With the Belpahar mine only 4 km away, the settlement area is densely polluted, a problem that has become the cause of diseases like skin allergy, sneezing, arthritis and gastritis among its dwellers.

The development paradigm is indispensable for the economic growth of a country. But how fruitful can it be when a project affects the marginal people and leaves them in a vulnerable state? The proposed R&R policy for the betterment of the displaced communities is abysmally lacking in execution.

The condition of Khadam-1 resettlement site is quite appalling in the context of improper distribution of benefits. The residents have already spent their lifetimes in detention and are still struggling to undo this injustice.