India's youth is pinning its hopes of jobs on the development promise of Modi. Can he deliver?

India's youth is pinning its hopes of jobs on the development promise of Modi. Can he deliver? 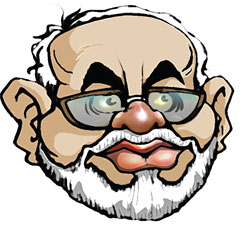 A fifth of the world’s young people are Indians. That’s a staggering figure in actual numbers: around 232 million who are between 15 and 24 years. Yet no one focuses on this huge youth bulge. Not academics, not even the social scientists among them for whom this segment should provide juicy research material. Not psychologists either and much less political scientists, who seem clueless as to what the young want.

Restless, aspirational and desperate for a better life, the youth should have been a priority for all politicians. But they weren’t except for a 63-year-old shrewd politician who saw their potential. To them he sold hope—and a dream. With his extraordinary marketing skills prime minister-to-be Narendra Modi connected with these teeming millions like few politicians have. In Uttar Pradesh particularly, where 20 per cent of the voters were in the 18-22 year bracket, his message of growth and development appears to have struck a resonant chord. In this large, populous and backward state where the administration has been crumbling under the incompetence of, ironically, a young chief minister the despair and hopelessness was rampant as Down To Earth discovered when it researched a cover feature a month ago (see ‘Desperately seeking skills & jobs’, Down To Earth, April 1-15, 2014) on unemployment among India’s youth. Desolate employment exchanges had turned into volatile arenas where jobless young men and women scrambled madly for the unemployment doles handed out to a small percentage of their tribe. It is hardly surprising that Modi secured a thumping 71 of the 80 seats in Uttar Pradesh.

So Modi appeals to the young with his 56-inch chest and a compelling image of a strong leader. He connects as much with the Internet and social media-savvy youths of the cities as with the rural young desperate to leave behind their dirt-poor farming backgrounds for city jobs with decent pay. He takes ‘selfies’, he tweets continuously and his huge social media establishment has the right strategies. Just a day before the results were announced he unveiled an Android application, Jobs in GoG, that puts out details of government jobs available in Gujarat.

It hardly matters to the youth that the BJP leader portrays himself as a Hindu leader of what he has now declared a Hindu rashtra. To them the former RSS pracharak who will take India firmly into the 21st century holds out the promise of Gujarat’s fabled development to the rest of the country. It’s a model which they believe is a jobs paradise. This is irrational exuberance of a kind the country has rarely experienced. The 1984 elections may have given a much younger and a more personable Rajiv Gandhi and his Congress party a brute majority in the Lok Sabha but that was a different era with different expectations and the young were not so numerous then.

For Modi, meeting the aspirations of the young will be the most taxing of his challenges. He needs to stimulate the economy and create over 50 million jobs annually for the next 10 years to absorb the unemployed and new entrants to the job market. And there are fundamental anomalies in the economy he will have to deal with. India’s economic model has been precocious, skipping the manufacturing stage almost entirely in favour of growth based on services. China did exactly the opposite because it knew that manufacturing alone could absorb the large numbers of unskilled labour coming from agriculture. In India’s case, the focus on the service sector has been largely misplaced. It has offered more dead-end jobs than a ladder to better prospects. Can Modi revive the manufacturing sector at this stage? Even if he did manufacturing industries are now using high-end technology that reduces the job potential. But good days are here, tweeted the hope of the youth and they need to believe in him.