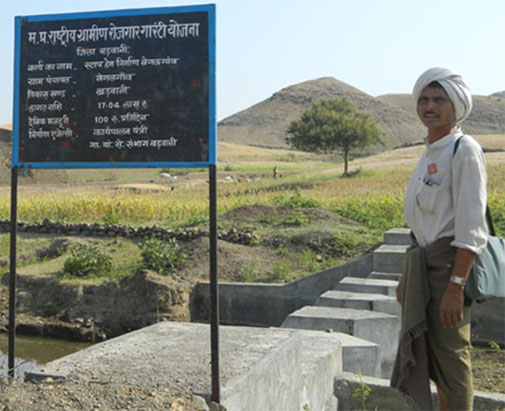 While some Bharatiya Janata Party (BJP) politicians have been busy praising achievements of India’s ancient civilization, others have been stoking controversy through their uncivil remarks. There was an uproar last month when a minister at the Centre, Sadhvi Niranjan Jyoti, asked people at an election rally in Delhi to make a choice between “Ramzaade” (children of Lord Ram, referring to her own party, BJP) and “haraamzaade” (illegitimate children, referring to the Opposition).

Prime Minister Narendra Modi had an explanation to offer in defence of his Cabinet colleague. Defending Jyoti, Modi said using abusive language is a part of village as well as Dalit culture.

“She is new, her social status (Dalit) and rural background could be the reasons for her using such language,” Modi said.

What the prime minister said in Parliament in the ongoing winter session while defending Jyoti raises another big question: are our villages, where the country’s culture and soul reside, “uncivilized”.

If that is so, the burden of civilising the countryside now rests on our prime minister. The civilising work, in fact, has to start with the socio-economic empowerment of rural people, especially Dalits. According to the latest official poverty estimation, our country has more than 250 million people living below poverty line. It means the government should invest more on social sector to secure the livelihoods of the millions of poor. It will have to spend on better rural connectivity, education facilities and ensure that minimum support price for food grains reaches all marginal and small farmers.

But the whole effort of the prime minister has been to keep rural India deprived. There has been huge cut in social sector spending. Rural India is facing drought-like situation this year because of lean monsoon but there is no move to give them relief through the rural employment guarantee scheme, MGNREGA. It is the world’s first Act which legally guarantees people 100 days of unskilled employment. The programme has benefitted rural India, especially women and marginalised sections like the Scheduled Castes and Scheduled Tribes, in the past eight years. The new BJP-led government first reduced the fund allocation for MGNREGA and then cut the funds for it after revised estimates of the budget. This puts the livelihood security of the millions of rural people at risk.

Another flagship programme for rural road construction, Pradhan Mantri Gram Sadak Yojana (PMGSY), has also been facing huge funds crisis. The construction programme could not achieve its target because of funds shortage.

The Right to Education Act, 2009 which guaranteed free and compulsory education till class VIII has not been implemented till date. The funds required for its implementation has not been priority for this government. Like the previous government, this government also gave it a cold shoulder. What’s more, the BJP ruled state of Rajathan has decided to close down 17,000 rural schools.

Now, the Prime Minister’s Office (PMO) has directed the finance ministry to continue its budget pruning exercise in the next financial year, which will have a huge impact on rural economy. In conclusion, the next budget is going to see huge social sector funds cut, which will leave rural India in a perpetually “uncivilized” state.