My experiment with honking-free driving

Car horn should be an emergency device, not a toy

For a month I had been driving my car without the horn. It happened accidentally. My car horn stopped working and I just kept postponing getting it fixed. A couple of weeks later I was asking myself: why do I need one?

I’m not a honking enthusiast; I use the horn sparingly. But I did not think I could do away with it. I drive mostly in Delhi that has 7.5 million vehicles  and one of the highest accident rates in the country. On my way to office, from Indirapuram in Ghaziabad to Tughlaqabad Institutional Area in Delhi, I pass through several traffic bottlenecks (the Khoda stretch of NH-24, Ashram, Modi Mill flyover) and the congested locality of Govindpuri, where rickshaws, three-wheelers, pedestrians, buses, wheelbarrows, cars and cows all share the same lane. What if someone suddenly comes in front of you? What if a car comes too close to you? The answer is you use brakes and maintain a distance from those driving recklessly. That’s what I’d do even when my car horn was functioning. Then why did I think I could not do away with the horn? Probably because all cars come with one. 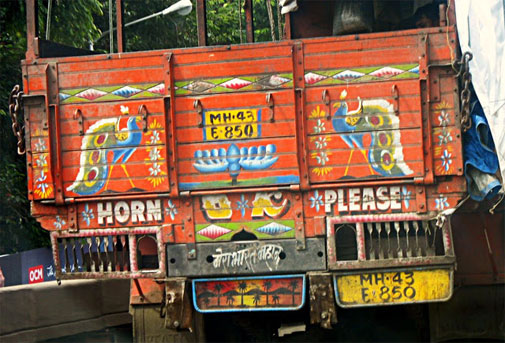 I just do not get the logic of honking. When everyone on the road is blowing the horn, no one pays attention to it. If you drive slow you can rely on your reflexes to avert any accident. If you drive fast then by the time you alert anyone by blowing the horn you would have done the damage. Good brakes and an alert mind avoid accidents, not honking.

I thought I was drawing broad conclusions from my limited experience, so I asked my colleague in the air pollution unit (they deal a lot with transport) if there were studies on honking in Delhi. The answer was an expected “no”. I googled, and I came across William Phelps Eno, the “Father of traffic safety”. In the first half of the 20th century he had designed traffic plans for London, Paris and New York. An American with a very European penchant for order, he was responsible for several innovations in road safety and regulations, all that we now count as the basics of traffic planning. So how did the Father of traffic safety view horn honking? In the 1930s, Eno campaigned relentlessly against tooting. He believed good drivers don’t need a horn. Mussolini listened to him. So did Paris, London, several other European cities and finally New York by forbidding sound signal in parts of the city. According to his observation, suppression of motor horns did not increase accidents, but reduced them. “It has made drivers more careful and pedestrians more considerate,” Eno wrote.

I can vouch for this. I have become more attentive when behind the wheel. Traffic of those days must have been very different from today’s but the effect of forbidding tooting is the same. I’m all for “tootless” laws.

But why do people honk so much? I do not mind people talking to each other on the road or gently tapping on the horn once in a while. After all, there is a difference between the good-natured beep-beep and the impatient, incessant blare. Explanations are plenty, from aggression to the urge to communicate. In India, people honk not just to complain about bad driving by others or to get the person ahead to get off the cell phone when the signal has turned green. They honk not just to get ahead of others. They honk to announce their presence on the road. It’s like double-check—just in case the others have not noticed them approaching or the signal changing. Irritable as it is, I think it is not plain bullying behaviour (it’s a bad habit, though). I think it is cultural mismatch. Maybe they are the misfits of the automobile age, leaning on the horn. (No, I am not giving aggressive tooters the benefit of the doubt. They would be misfits in any age.)

It’s exasperating. People have written honkus—haiku poems on honking—in frustration. Aaron Naparstek, living in Brooklyn borough of New York, had had enough of cars honking beneath his window. So one day he found himself pelting eggs on one pesky honker. That’s when he realised, “I had soaked up so much honking and road rage that I had become the honking.” He had to do something about it. He began writing honkus and pasting them on lampposts. Soon Brooklyners started “honking back” with their own honkus. Here is a sample.

Next, cops were fining honking offenders in the locality.

There are others dealing with it in their own ways. Ravi Kalra, a former martial arts trainer, and his followers in Delhi jump in front of blasting cars, slap “Do Not Honk” stickers on them and deliver anti-honking sermons to erring drivers. Anand Damani and Mayur Tekchandaney, partners at branding and behavioural design company, Briefcase, have designed and tested a bleeping device that makes drivers conscious of honking. This device exploits the fact that indiscriminate honking is a bad habit and like any other habit it is not done consciously. If you make a person conscious of his honking, he can break the habit. The device is a red button with a frowny. When the driver presses the horn, the button begins to beep and flash. To switch it off the driver has to press the red button. Tests showed honks per kilometre were reduced by 62 per cent when it bleeped every time the horn was pressed.

My favourite is horn-usage metre devised by Jayraj Salgaonkar, who published the world’s largest selling publication Kalnirnay, a calmanac (calendar+almanac), and his team. It is just like a pre-paid SIM card. You honk as much as you pay. It assumes horn-honking should not be free.

Why should it be? Noise can cause hearing loss, high blood pressure, heart ailments and even cognitive impairment in children. The horn should be an emergency device, not a toy. Actually, to be able to make horn-free driving a habit one has to shut down the cribbing part of the brain and become very aware of everything. It is like meditation. Ok, I’m exaggerating.

I have not renounced honking. I have got my car horn fixed. And I’d be lying if I said there was not a single instance during my month-long, honking-free driving when I needed to toot. A couple of times it did happen that the guard at the gate of my locality was looking the other way or a rickshaw-puller on the road was too lost to notice me. What did I do? I rolled down the window and requested them to let me pass. Come to think of it, what a rude way it is to talk to someone by honking.

Wait, I can say that in a honku.