My god v your resource 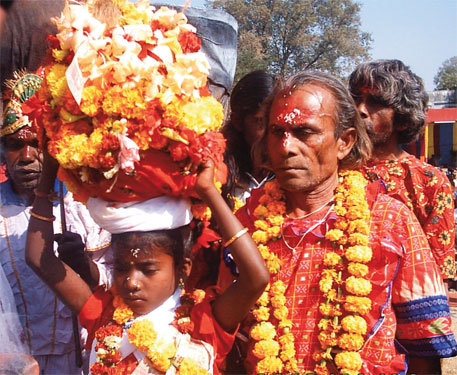 Is a village council qualified to deal with religious beliefs? The answer lies in a recent order by the Supreme Court in the Vedanta case. Gram sabhas (village councils consisting of all voters in a village) in Odisha’s Rayagada and Kalahandi districts will decide whether the industrial activities of Vedanta violate the constitutional right of tribal communities to worship. Translated into practice, the order means voters in a few villages will decide the fate of the multi-billion- rupee project based on their religious beliefs. Though parroted often that religious belief is a private concern, the apex court’s order is exceptional in making religious decision a community one. Those who understand tribal ways of life will vote for this order.

In the past, many orders of the apex court—several of them highly controversial and a few where the court had to issue clarifications—dealt with religion-related issues, including defining Hinduism. In many cases related to religion the judiciary has been cautious and has limited verdicts to ensure the constitutional rights to practice any religion. Going by senior advocates and judicial experts, the Constitution gives more importance to public purpose than to general religious rights. That is why most often the apex court gets to decide on contests between the two.

Though the Vedanta order cannot be clubbed with such cases in a clinical fashion, it is definitely a case related to religion and associated beliefs. There are a few reasons that make this case interesting.

First, it is a perfect case where the government’s power to acquire land for public purpose and having right over minerals are in direct conflict with religious rights of local communities. Secondly, the religious belief in question is that of tribal communities. Unlike many religions, tribal religious beliefs are manifested in tangible living forms like forest, land and water. In this case, the direct conflict between religious belief and public purpose becomes intense as the public purpose acquisitions are the gods and goddesses of the tribals. For the Dongria Kondhs in Odisha, the Niyamgiri hill is the Niyam Raja or god. Thirdly, tribals do not have any supreme religious head or bodies to protect and interpret beliefs. Tribal beliefs are pure functional codes for maintaining the fragile ecology-economy equation that sustains them. This is where the court’s order to assign the village council, that enjoys constitutional powers, to take a call on the religious rights comes as an acknowledgement of the fact that the standard law and religion approach to tribal areas will not work.

Village councils are the new institutions that governments are targeting for effective service delivery. They are fast emerging as tools to turn representative local governments into participatory ones. Whether to identify a beneficiary for a programme or to prepare a village water security plan, at least technically, people have direct say over local development decisions. There are many ways to interpret a court order, but the current order has immense ramification for this institution; it may open up a new front for direct intervention by voters in contentious issues. Never ever have voters been mandated to mediate in such a case. In tribal areas, it is a judicial order to get back to their age-old participatory and commune system of governance.

But here comes the challenge: will the government accept the apex court order in the right spirit?

There is no dearth of cases where village council meetings are engineered to get favourable decisions. Applying all possible tricks, projects that have adverse local impacts, including the case of Vedanta, have handed over dubious consents. Studies carried out across the country show that people hardly attend village council meetings because they never work out in their interests. The court’s interpretation of tribal right to worship and the right to decide on it in general village meeting applies equally to all tribal areas, the hotspots of industrial and mineral development. Though the court upheld the government’s right over the country’s 85 billion tonnes of mineral resources, it also upheld the right of tribal communities over gods and goddesses residing over the resources.

In the next one fortnight, the tribal communities of the two districts will vote not just on their right but also on a mini but crucial plebiscite on the government’s will to implement the court order. Closely, and with vested interests, India’s tribal population will be watching.