Measures that could significantly lower flood risk are expensive and politically hard. But as flood risks worsen with climate change, they’re well worth it 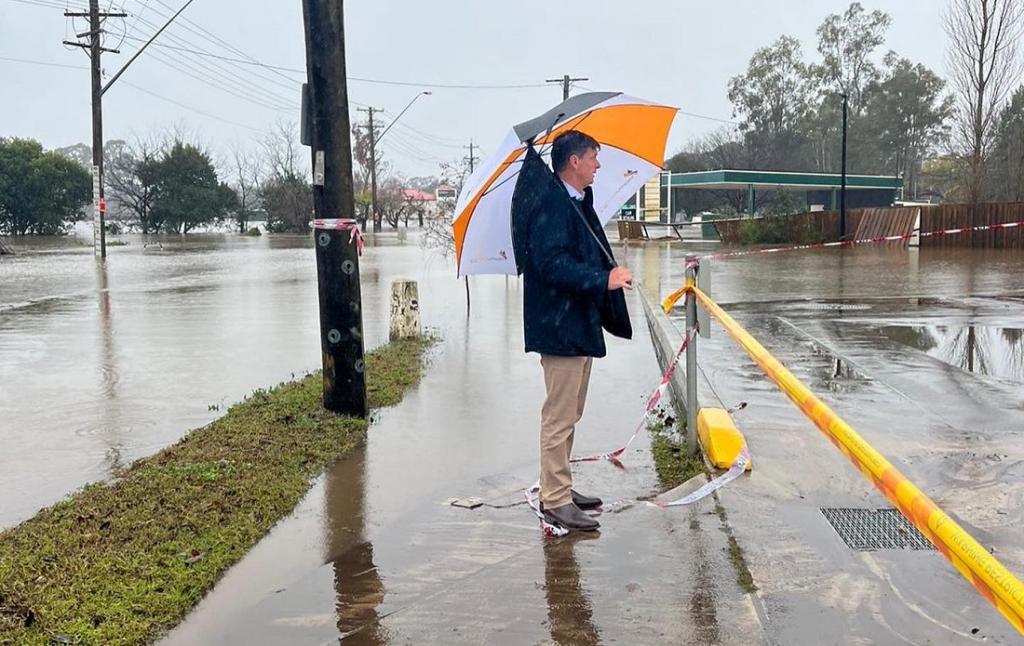 For the fourth time in 18 months, floodwaters have inundated homes and businesses in Western Sydney’s Hawkesbury-Nepean Valley. Recent torrential rain is obviously the immediate cause. But poor decisions by successive New South Wales governments have exacerbated the damage.

The town of Windsor, in the Hawkesbury region, has suffered a particularly high toll, with dramatic flood heights of 9.3 metres in February 2020, 12.9m in March 2021 and 13.7m in March this year.

As I write, flood heights at Windsor have reached nearly 14m. This is still considerably lower than the monster flood of 1867, which reached almost 20m. It’s clear that standard flood risk reduction measures, such as raising building floor levels, are not safe enough in this valley.

We’ve known about the risk of floods to the region for a long time. Yet successive state governments have failed to properly mitigate its impact. Indeed, recent urban development policies by the current NSW government will multiply the risk.

We knew this was coming

A 22,000 square kilometre catchment covering the Blue Mountains and Western Sydney drains into the Hawkesbury-Nepean river system. The system faces an extreme flood risk because gorges restrict the river’s seaward flow, often causing water to rapidly fill up the valley after heavy rain.

it is impossible not to feel extremely displeased and Indignant at [colonists] Infatuated Obstinacy in persisting to Continue to reside with their Families, Flocks, Herds, and Grain on those Spots Subject to the Floods, and from whence they have often had their prosperity swept away.

Macquarie’s was the first in a long line of governments to do nothing effective to reduce the risk. The latest in this undistinguished chain is the NSW Planning Minister Anthony Roberts.

In March, Roberts reportedly revoked his predecessor’s directive to better consider flood and other climate risks in planning decisions, to instead favour housing development.

Roberts’ predecessor, Rob Stokes, had required that the Department of Planning, local governments and developers consult Traditional Owners, manage risks from climate change and make information public on the risks of natural disasters. This could have helped limit development on floodplains.

Why are we still building there?

The Hawkesbury-Nepean Valley is currently home to 134,000 people, a population projected to double by 2050.

The potential economic returns from property development are a key driver of the lack of effective action to reduce flood risk.

In the valley, for example, billionaire Kerry Stokes’ company Seven Group is reportedly a part owner of almost 2,000 hectares at Penrith Lakes by the Nepean River, where a 5,000-home development has been mooted.

Planning in Australia often uses the 1-in-100-year flood return interval as a safety standard. This is not appropriate. Flood risk in the valley is increasing with climate change and development in the catchment increases the speed of runoff from paved surfaces.

The historical 1-in-100 year safety standard is particularly inappropriate in the valley, because of the extreme risk of rising water cutting off low-lying roads and completely submerging residents cut-off in extreme floods.

The NSW government should impose a much higher standard of flood safety before approving new residential development. In my view, it would be prudent to only allow development that could withstand the 20m height of the 1867 flood.

No dam can control the biggest floods

The NSW government’s primary proposal to reduce flood risk is to raise Warragamba Dam by 14m.

There are many reasons this proposal should be questioned. They include the potential inundation not just of cultural sites of the Gundungarra nation, but threatened species populations, and part of the Blue Mountains World Heritage Area.

The cost-benefit analysis used to justify the proposal did not count these costs, nor the benefits of alternative measures such as upgrading escape roads.

Perversely, flood control dams and levee banks often result in higher flood risks. That’s because none of these structures stop the biggest floods, and they provide an illusion of safety that justifies more risky floodplain development.

The current NSW transport minister suggested such development in the valley last year. Similar development occurred with the construction of the Wivenhoe Dam in 1984, which hasn’t prevented extensive flooding in Brisbane in 2011 and 2022.

These are among the reasons the NSW Parliament Select Committee on the Proposal to Raise the Warragamba Dam Wall recommended last October that the state government:

not proceed with the Warragamba Dam wall raising project [and] pursue alternative floodplain management strategies instead.

What the government should do instead

The NSW government now has an opportunity to overcome two centuries of failed governance.

It could take substantial measures to keep homes off the floodplain and out of harm’s way. We need major new measures including:

The NSW government should help residents to relocate from the most flood-prone places and restore floodplains. This has been undertaken for many Australian towns and cities, such as Grantham, Brisbane, and along major rivers worldwide.

I think it’s in the public interest to go further and, for example, compulsorily acquire or relocate those with destroyed homes, rather than allowing them to rebuild in harm’s way. This approach offers certainty for flood-hit people and lowers community impacts in the longer term.

It is patently ridiculous to rebuild on sites that have been flooded multiple times in two years.

In the case of the Hawkesbury-Nepean Valley, there are at least 5,000 homes below the 1-in-100-year flood return interval. This includes roughly 1,000 homes flooded in March.

The NSW government says a buyback programme would be too expensive. Yet, the cost would be comparable to the roughly $2 billion needed to raise Warragamba Dam, or the government’s $5 billion WestInvest fund.

An alternative measure to raising the dam is to lower the water storage level in Warragamba Dam by 12m. This would reduce the amount of drinking water stored to supply Sydney, and would provide some flood control space.

The city’s water supply would then need to rely more on the existing desalination plant, a strategy assessed as cost effective and with the added benefit of bolstering drought resilience.

The flood damage seen in NSW this week was entirely predictable. Measures that could significantly lower flood risk are expensive and politically hard. But as flood risks worsen with climate change, they’re well worth it.